For Pulitzer Prize-winning art critic Jerry Saltz, life is full of strict routines and simple joys that keep him happily tethered to reality: basically all he cares about is art, writing and his wife, co-chief New York Times art critic Roberta Smith. His diligence and approachability have made him a beloved art world figure, but one of his habits has repeatedly drawn criticism due to its relative insanity. Saltz is a coffee devotee who doesn’t know how to make coffee, so every couple of days he buys multiple large black deli coffees and drinks two a day mixed with Stevia and other similar sweeteners. Over the years, Saltz has caught flack whenever he’s asked about this particular quirk in interviews, and a rolling tide of social media scrutiny usually accompanies his tweets about his domestic habits.

Commencing Day 16 Of Sheltering-in-Place. Coffee-run to gas-station complete. Eighteen large to-go. Put in car, drive them home, deloused, decontaminated, showered, and placed in fridge for use.
Stay safe out there, outlaws and creative-gypsies. pic.twitter.com/7M6RSVe56L

However, in a new, lengthly essay for Vulture that touches upon how Saltz and Smith have been coping with the pandemic and providing for one another, Saltz offers an account of the eating and drinking habits that have been shaped by traumatic events in the writer’s past. When Saltz’s mother committed suicide when he was 10, the incident was never spoken of and his father quickly remarried, leading to a household that overflowed with resentment and silent emotional decomposition. “I never had a meal with my parents,” Saltz writes. “My parents had a separate entrance, a different dining and living room. We were never permitted to use the front door of my home. This suited us fine. We hated them; they hated us. I have no memory of any hot cooked meals in our home. Cooking wasn’t something you did. There was only eating.”

SEE ALSO: Jerry Saltz Talks ‘How to Be an Artist’ in a New and Unfamiliar World

For example: “A snack for me was cutting off all the crusts of an entire loaf of white bread, wadding up the dough into a big ball, sitting in front of the TV, and eating it,” Saltz writes. “I pretended I was a carp snipping and snapping at the ball till it was gone.”

In short, Saltz states he was “raised by animals” who afforded him no nutritional education or supervision. After high school, he spent his early professional years in coffee shops and diners, sticking with familiar cuisine. When he eventually got a job as a long-haul truck driver, his diet consisted of “a thermos of coffee and a jumbo bucket of Colonel Sanders’s chicken.”

Saltz’s moving summary of his questionable consumption habits reminds us that as far as dependencies go, jumbo coffees are at least comparatively harmless. Plus, if coffee is helping someone self-soothe during a pandemic, all the better. 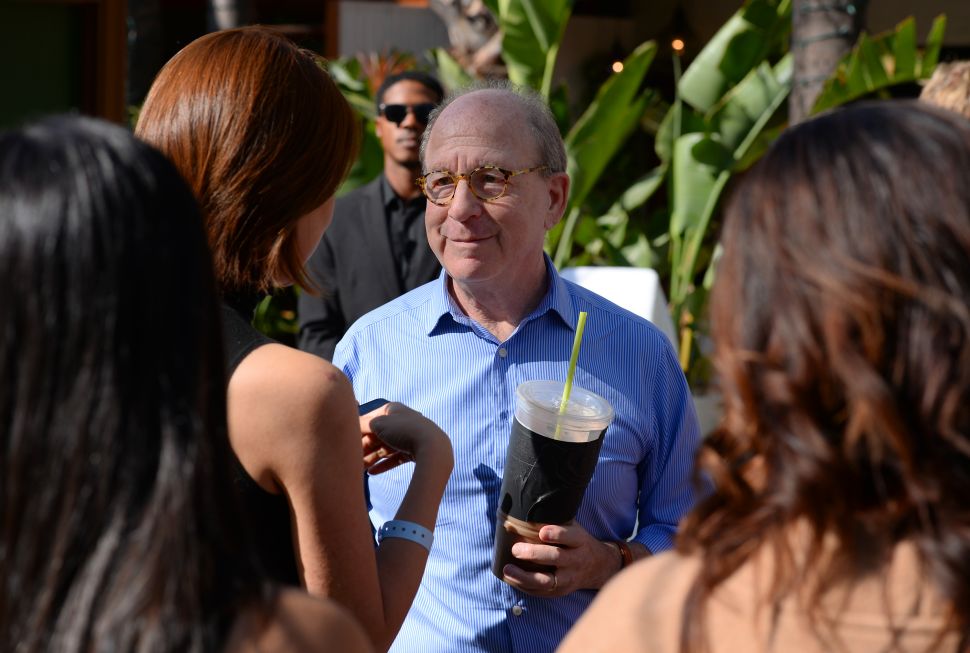