As the dog days of summer are approaching, physical auction rooms may be temporarily shut down, but online auctions of scintillating artwork are busier and more relevant than ever. On Friday, Phillips announced that in July, they’ll be centering a sale around Noël (1961-1962), an extraordinary painting made by the influential abstract expressionist painter Joan Mitchell, which is expected to fetch from $9.5 million to $12.5 million. On the same day, Sotheby’s revealed today that a planned June sale of the robust collection of Denver philanthropist and collector Ginny Williams will include Joan Mitchell’s Straw ($5 million to $7 million), a similarly superlative painting that Mitchell completed in 1976. In recent years, Mitchell’s profile has risen as collectors became more aware of her output, but even given the world’s bias, Mitchell found success in the market during her lifetime.

The fact that Mitchell’s creations appear to be working themselves back into the fluctuating core of auction trends is welcome, especially considering the impact of her artistic vision. Noël was created early in Mitchell’s career but after she had moved from New York to France, and the emotion that’s palpable in the canvas feels far more visceral than what her peer William de Kooning was making at around the same time. Later on in her life, Mitchell was attended to by an assistant named Noël Morel, but it’s less clear why the same name was assigned to this work; a mystery which only adds to its appeal.

SEE ALSO: Marc Porter of Christie’s on COVID-19’s Permanent Impact on How Art Is Bought and Sold

As a young painter, Mitchell’s graduation from art school in Chicago catapulted her into the middle of the 20th century, and her early works were included in the now-legendary 9th Street Show, an enormously influential showcase of avant-garde work that also boosted the profiles of Robert Richenburg, William de Kooning, Jackson Pollock and Franz Kline in 1951. Over the course of her painting career, Mitchell’s devotion to gestural abstraction never wavered, and her home was also perpetually available to younger artists looking to learn from her.

Straw, the painting in the Ginny Williams collection being offered by Sotheby’s, is over 9 feet tall, and it appears to be filled with far more sunlight and pastoral pleasures than Mitchell’s earlier work. If Noël conveys the explosive calamity of a conflicted inner life, Straw feels decidedly more external; the product of an artist fully aware of who’s influencing her and of what she wants to be influenced by. As an interpreter of herself and of the world around her, Mitchell was fluidly virtuosic. 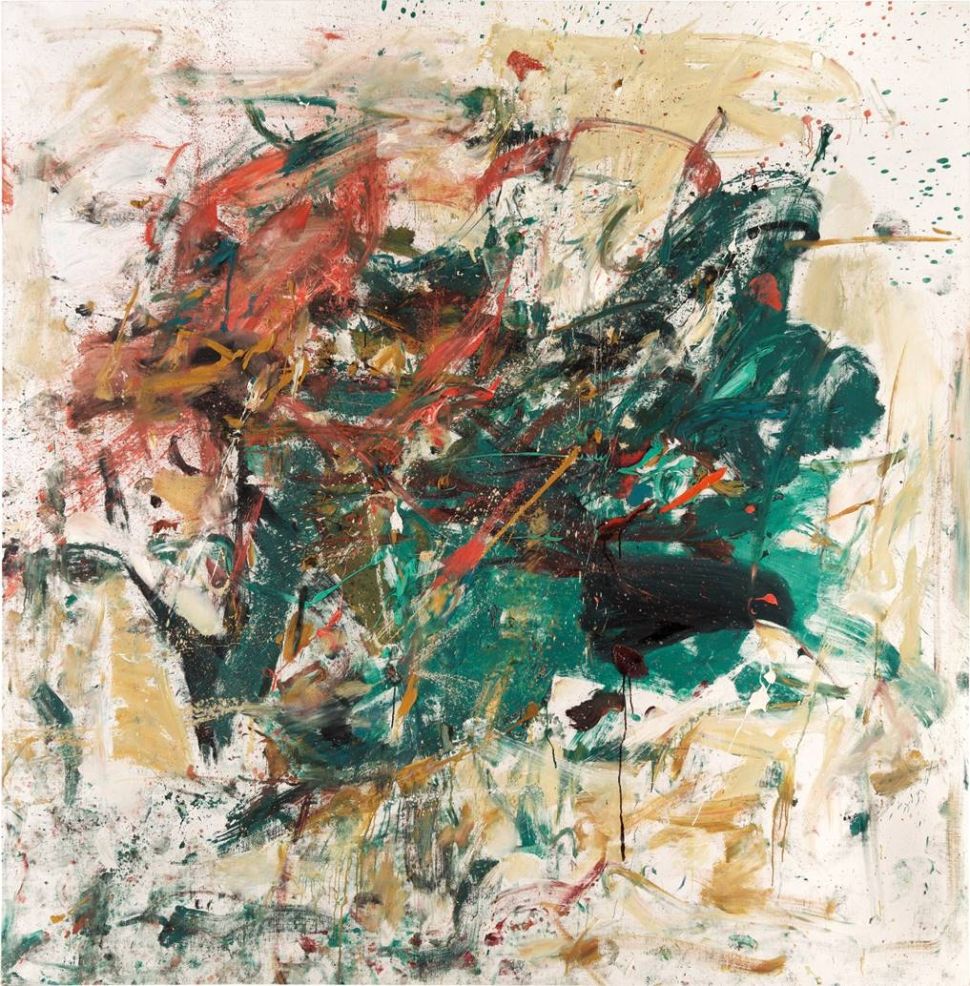