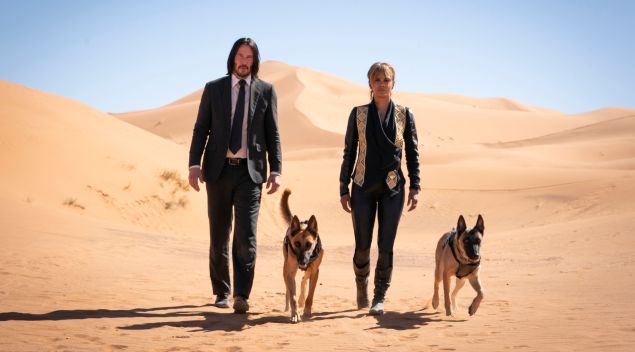 Where does the John Wick franchise go from here? Lionsgate

Actor, writer, director, stunt performer and coordinator Chad Stahelski knows a thing or two about epic movie action. He’s performed stunts in everything from The Matrix franchise to the Marvel Cinematic Universe and is the filmmaker behind Keanu Reeve’s beloved John Wick series. But now he’s dealing with a new kind of crushing challenge: expectations.

John Wick: Chapter 3—Parabellum raised the bar for blockbuster action in Hollywood with innovative and original set pieces that established new levels of hype for the Wick film franchise. Unsurprisingly, it also set a series high at the box office with more than $325 million worldwide. Last year, Stahelski explained to Observer how Chapter 3‘s deadly yet hilarious knife fight and and unique battle concepts came to be. Now, he has to figure out how to top it all in Lionsgate’s John Wick 4.

SEE ALSO: The ‘Parks and Rec’ Reunion Special Knew Exactly What We Needed

“I want to be cool with the action,” Stahelski told Collider in a recent interview. “I want to be a better director, but that doesn’t mean I want to do less action or have less to do with the action. I guess the third one just felt like I needed a place to go after number two, and I had these ideas. It kind of became that wacky action movie. There’s been a couple days where I’ve decided to do number four and I’ve woken up in a cold sweat going, ‘Horses! How do I beat horses?’ I have no fucking idea to tell you the truth. I have a lot of really cool ideas for the next one that I think are different and shocking and fun and unique. How to do them, I have no fuckin’ idea right now. I’m still figuring it out.”

In our discussion last May, Stahelski revealed to Observer that he carries around a years-old notebook in which he jots down all of his craziest and most ambitious action ideas. While he wouldn’t reveal any specifics, he did admit that he’s always looking for opportunities to translate them to the screen. Based on the filmmaker’s interview with Collider, it sounds as if the John Wick 4 script is making progress, though far from a finished product.

Through a stroke of unintended luck, Warner Bros. and Lionsgate scheduled Keanu Reeves’ The Matrix 4 and John Wick 4 for the same May 21, 2021 release date, respectively. While this offers unprecedented levels of creative marketing opportunities and arguably the most epic double-feature in recent Hollywood history, it’s highly unlikely it comes to fruition.

“The Matrix was only four weeks in when this all happened,” Stahelski said, referencing the production shutdown caused by the coronavirus. “So, Keanu’s gotta go finish his commitment up on The Matrix, which is a big deal and which I think will probably take him until the end of the year. Then we have to go into our prep mode and then we’ll start. So release dates…who knows right now.”

Here’s to hoping the schedule allows for both films to arrive on time and that Stahelski cooks up another adrenaline-inducing thrill. 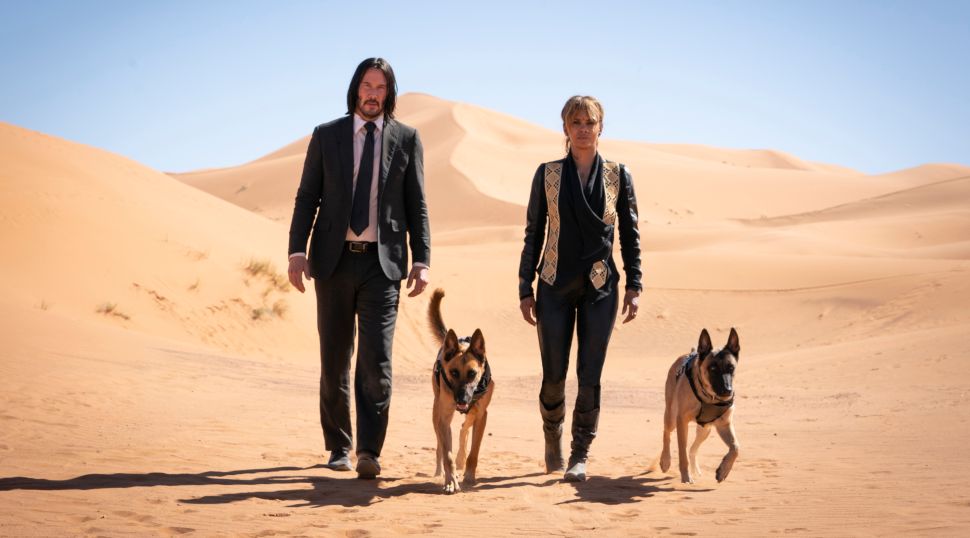