June Diane Raphael doesn’t sound like someone who’s embraced the pandemic. “I’m doing alright,” the actress says, calling from Los Angeles where she’s under lockdown with her husband Paul Scheer and their kids. “I’m surviving, not thriving.”

When LA shut down earlier this year, Raphael and the cast of Netflix’s Grace and Frankie were midway through shooting their final season. The cast has since held a live table read of one of the episodes on Zoom and continue to work on the upcoming episodes, which were originally set to air next year, but there’s no word yet on when production can resume. Which means that Raphael has rededicated her time to running a virtual version of The Jane Club, a workspace for moms that she co-founded. It’s fulfilling (and it’s helping a lot of people), but the actress is ready to get back in front of the cameras.

“I don’t think I’ve gone this long without performing and I’m starting to get really itchy and anxious about it,” Raphael admits to Observer. “I really want to get to back. I’m definitely involved in so many other things I’m passionate about and that I care about, so I have a ton of other interests, but I will say that acting for me is always number one. It is what I love to do more than anything, and I’m starting to really crave going back and having that energy. It’s so addictive. It’s truly like a drug. I’m definitely in withdrawal.”

SEE ALSO: ‘The High Note’ Soars on Its Firecracker Script, Cast and Direction

The coronavirus pandemic has also shifted the release of Raphael’s new movie, The High Note, to VOD. In the film, directed by Nisha Ganatra and out today, Raphael has a small but standout role as Gail, a woman helping to manage the life and career of pop singer Grace Davis (Tracee Ellis Ross). Gail is part of Grace’s high-powered, luxury-filled life, although she doesn’t work so much as lounge around Grace’s mansion and tell her assistant Maggie (Dakota Johnson) what to do next. She’s yet another of Raphael’s signature larger-than-life characters, who the actress jovially refers to as “demented women.”

“Nish and I talked a lot about when you’re around these A-list celebrities and they have people in their entourage and you’re just like, ‘Who are you? Why are you here? Why are you still getting paid?’” Raphael laughs. “Their style is a decade old. And you realize they’re here because they’ve always been here and they’re this weird security blanket for the star. I was so fascinated by that and by this person who is doing the bare minimum job and so psyched to have landed this job where she has to do probably ten minutes of work a day. I loved that. I loved showing the character of a woman who’s lazy as all get out. To me that was really interesting and so much fun to play.”

She adds, “I really had the support of Nish and her belief and the lease she gave me to play and try things and bring my own ideas to the table was amazing. That doesn’t always happen, and when it does and you feel supported by your director to be creative and to try and to fail sometimes, it’s such a special unique experience.”

While Raphael’s work on Grace and Frankie, Netflix’s longest running series, has a more dramatic slant, her history in comedy is apparent in The High Note. If there’s a thread that connects all of her characters, both funny and serious, it’s the idea that women shouldn’t be portrayed onscreen as just one thing.

“For so many women living in such a misogynistic culture there’s so much discipline women have to have,” the actress explains. “Preventing themselves from doing and saying things, and keeping their appearance. There’s a lot we need to fit in to. What I appreciate so much about a character like Gail or my other characters who are demented is that they get to live outside those boundaries. Personally it’s really refreshing. And so many of the women I know are so endlessly fascinating and complicated and flawed and brave and wrong-headed at times and hilarious and goofy and all sorts of things, so in general I find it refreshing when we see representations of women that are outside of what we necessarily expect.”

Raphael has worked diligently over the years to expand these representations of women in TV and film, as well as in the comedy scene, but she’s also taken real action to pursue change in the real world. Last year, Raphael and Kate Black co-authored Represent: The Woman’s Guide to Running for Office and Changing the World, a guide book for women who hope to run for political office. The book, which Raphael was inspired to write after President Trump’s election, continues to hold weight as we approach November.

“Sometimes the news cycle can present a picture that’s not entirely accurate,” Raphael notes. “Of course there’s more women than ever in Congress. The midterm pink wave was so exciting and game-changing—and yet I think sometimes it paints a picture like ‘We did it!’ That it happened and it’s done. But as we see now there’s so much more work that needs to be done. Women are underrepresented up and down the ballot. That’s something I think about every single day. What would be great right now are more women in leadership positions with more accurate representation in our government. I fully believe in it and I think it’s necessarily and, to be quite honest, a matter of life and death. There’s research now about the response to this crisis in countries where women are in more leadership roles and it’s pretty compelling. I think the book has continued to be very relevant.”

While she’s not sure whether there’s another book in her future, Raphael is using her time during lockdown to write. And while it’s disappointing that The High Note won’t hit movie theaters as originally intended, Raphael is glad audiences will get a taste of something warm-hearted and positive during a period of such turmoil and stress.

“I would love to see the cast in person and go to a premiere and feel that energy and watch it with an audience,” she says. “There’s nothing like that. And I would love to celebrate the movie because I’m really proud of it, even though I only have a small part in it. But at the same time I also think this particular movie is so great and such a feel-good film and I’m actually so glad people will have access to it from their homes during this difficult time. It feels like a real offering and a real gift.”

The High Note is available on demand Friday, May 29. 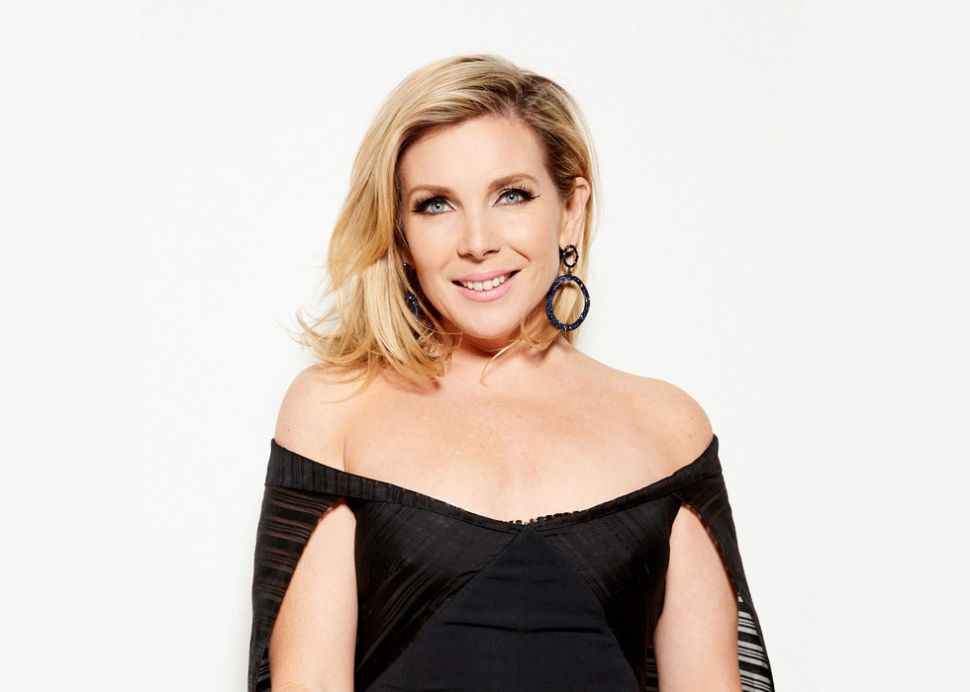