Almost as soon as Justice League (2017) was released, rumors of a secret, better, director’s cut of the film started circulating. That version of the film would hypothetically have the villainous Darkseid conquer Earth, Superman turn into a slave of Darkseid, and plenty of heroes sacrifice their lives to save the world. Those rumors ended with Warner Bros. announcing this week that Zack Snyder’s cut of Justice League will finally be released on HBO Max next year. But before the mythical cut was formally announced, a film released this month already offered us a glimpse of how the Snyder Cut could play out—and it involved an animated John Constantine.

Justice League Dark: Apokolips War, directed by Matt Peters and Christina Sotta, is the 15th and final entry in the DC Animated Movie Universe that was primarily inspired by the New 52 era of DC Comics and began with Justice League: The Flashpoint Paradox in 2013. Within the first five minutes, the film takes big swings to present a story you haven’t seen before in the DC universe, as it begins with Superman leading an attack on Apokolips to bring the fight to Darkseid and defeat the New God once and for all. Then it immediately jumps two years forward in time to find Earth devastated and completely under the boot of Darkseid, who killed most superheroes, enslaved Batman and placed Lex Luthor in control as his representative on the planet, where his minions are mining Earth’s core.

Apokolips War then follows John Constantine, who is living in a drunken haze, as he begrudgingly joins Superman (who was tattooed with an “S” made of liquid Kryptonite that eliminates his powers) to lead a new resistance movement to take back the Earth.

SEE ALSO: ‘Mad Men’ Will Be the Next Big Bidding War for Streaming

Plot-wise, the film shares a lot of similarities to what fans have speculated is in the anticipated Snyder Cut. For starters, the idea of Darkseid succeeding in his plan to conquer Earth was teased back in Batman V Superman during the “Knightmare” sequence in which the planet has seemingly been turned into a desert wasteland with giant Omega symbols burned into the ground. During this sequence we see Batman being killed by an evil-looking Superman who blames the Bat for the death of Lois Lane. According to Snyder himself, he wanted to show Darkseid murdering Lois in the Batcave in Justice League, leading to Superman breaking down and becoming a slave for Darkseid. His idea for Justice League would also involve Batman becoming the leader of the resistance, which included the few remaining members of the League: the Flash and Cyborg, who would have been broken in half by Darkseid’s forces. Though not confirmed, it’s been speculated that the rest of the League members were killed at one point.

Apokolips War flips some of these roles, but mostly follows the same idea: Batman was broken by Darkseid and became his slave, and Superman now leads the few remaining heroes in trying to take back Earth, with a final battle that involves Superman offering to sacrifice himself (instead of Batman as Snyder intended), Cyborg’s Mother Box technology being used against the League and the Flash going back in time to give the heroes another chance at victory—though in the animated film it is left an open question as to whether the time-traveling results in anything better than what already happened.

Beyond the story similarities, Apokolips War feels directly inspired by Zack Snyder’s violent and gritty tone. From the moment the League starts getting utterly defeated by Darkseid’s forces, the film puts its R rating to good use, ripping bodies apart, crushing skulls and spraying blood all over the place with some of the most brutally violent fight scenes this side of Deadpool. Of course, fans of the live-action movies will remember that Snyder’s extended cut of Batman V Superman was also rated R, and pretty much everything Batman did in that movie feels like it comes straight out of the Watchmen film, or 300, basically being consistent with Snyder’s filmography. Heroes are literally torn apart in the first few minutes of the film, with on-screen gore being a constant throughout the runtime and the villains get their moment to shine too, which the theatrical version of Justice League hinted at via a post-credits scene introducing the Injustice League.

Likewise, the film allows characters to swear left and right—both for comedic purposes and also to convey the extremely desperate situation they find themselves in. Apokolips War may be cartoonishly violent and at times ridiculously gloomy and dark, but it also feels like the most emotionally grounded DC animated movie in years. (There have been a total of 38 DC Universe Animated Original Movies since 2007, with a large chunk of them taking place in the continuity Apokolips War inhabits.) The film has a massive ensemble cast of basically every hero who had appeared in this continuity before, and they all have a moment to shine, while still keeping the plot emotionally anchored around a handful of characters. Seeing a broken Superman, a beaten-down Wonder Woman and a dazed Batman may seem gratuitous, but the movie makes their pain feel earned because it’s in service of their heroism by the end of the film.

Justice League Dark: Apokolips War shares the type of high stakes, visceral style and even plot points with the fabled Snyder Cut, but what makes this particular movie special is the way it bookends 15 films’ worth of films. We may have to wait a year to see whether the Snyder Cut lives up to expectations and offers a satisfying end to Zack Snyder’s DC movie plan, but you don’t have to wait to get a taste of what it is to see Darkseid fight the Justice League. 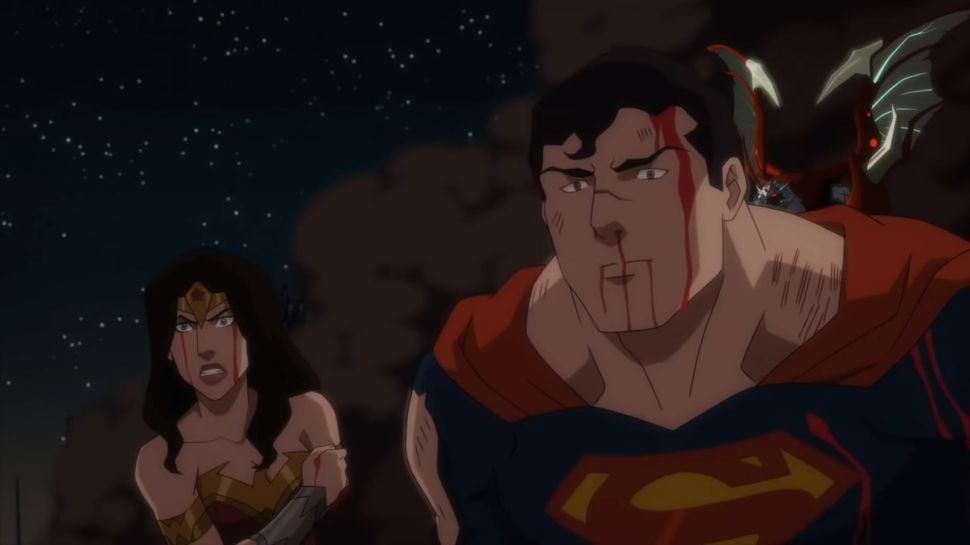