Kate Zambreno’s 2012 book, Heroines, was inspired by her blog, Frances Farmer Is My Sister, which recovered forgotten or underappreciated women writers and artists who were often dismissed as muses or mistresses to greater male masters. Writing about Vivienne Eliot, Zelda Fitzgerald, Jane Bowles and Jean Rhys, Zambreno considers her own exile in Ohio, following her partner’s career track. Submerged desires and imagined lives made for a brash and confident mash-up of literary memoir and cultural critique. Zambreno had written two novels prior to Heroines, but it was this book that brought her a wider audience. Readers were drawn in by her distilled passages and imagining of a more inclusive feminist literary canon.

Her new book Drifts is a novel that reads with the candor and intimacy of a memoir. Centered around a writer living in Brooklyn with her partner and dog, teaching as an adjunct and struggling to complete her manuscript (also tentatively titled Drifts) this book is utterly invigorating. The plot may bear resemblance to Zambreno’s life, yet don’t be mistaken; this is neither memoir, nor autofiction.  And those who come to it expecting the traditional shape of a novel may not find what they were looking for, either. If you’re open to a more fluid engagement between writer and reader, what you’ll find is something beyond a writer’s diary. It’s a path of engagement.

The ebb and flow of her days anchors the book. You begin to feel time in a different fashion due to her periods of utter frustration and keen fascination. But even when she’s blocked, she’s writing. Be it about the futility of her days, her tedious neighbors, her dog, commutes to work, museum exhibitions, and a deep dive into the television program The Good Wife. It’s a strangely compulsive book that leaves you empowered to write without caution or concern for the trends of the day. The main thing is to believe in the act of writing and the pursuit of creative efforts and art rather than allow the market to change your voice or subject.

Speaking with Observer over the telephone from her home in Brooklyn, Kate Zambreno considers her work from another perspective. “Conversations about genre often feel projected onto my work from the outside—from writing institutions, whether it be bigger publishing or academia—and in a way that isn’t exciting to me. I’m more interested in having a conversation about form or mood than genre.”

Looking beyond form to concentrate on atmospheric or emotional acuity, she muses, “I called Drifts a novel, because for me a novel is a capacious structure, a monstrous form. Even thinking back to its origins, novels can contain other forms—poetry, letters, essays, the notebook, art criticism, philosophy.” Like the searching nature of the book itself, Zambreno recognizes that, “calling Drifts a novel is also situating it within the context of a tradition of writers that I identify with—the tradition of New Narrative, the French autoportrait, with the Latin-American tradition, the work of W.G. Sebald, the Japanese I-novel. But Drifts is also an essay about time and the body, and in many ways takes the form of notes or a notebook, something I see Sebald’s work doing as well. But I am exploring fiction, in that I’m exploring a certain mood and sensibility, the narrator to me is a character, is ‘I’ and ‘Not I.’”

Beyond participating in a literary tradition, Zambreno muses, “More than a novel or an essay, the genre I thought of Drifts as existing within is a ‘friendship.’ And so much of Drifts is in conversation, literally with a contemporary community of writers, many of whom I was in conversation with over blogs—with the work of Bhanu Kapil, Sofia Samatar, Suzanne Scanlon, Amina Cain, T. Clutch Fleischmann, Danielle Dutton and the work that Danielle publishes at Dorothy Project. I thought of the desire and impossibility to write a novel that Bhanu Kapil performs in Ban en Banlieue, and Renee Gladman in Toaf, of T. Fleischmann thinking of a book as enacting their title Time is the Thing a Body Moves Through.” Zambreno’s generous literary imagination creates a bridge between past and present. Hers is a flexible bridge with room for movement. “I think fiction allows for a little bit more slippery-ness.”

Zambreno’s first two novels, Green Girl and O Fallen Angel, have been reissued by HarperCollins, reaching a larger audience, but she’s released more idiosyncratic work with the independent press Semiotext(e), which published Book of Mutter, comprising philosophical and cultural observations that made space for Zambreno to explore her mother’s suppressed ambitions and death, as well as Appendix Project, a powerful series of essays and lectures on topics ranging from film, art, literature, and motherhood.

But Drifts is a more expansive—and some would classify as bigger—book than her previous works. Yet, even now, books that merge cultural criticism along with social and personal awareness are marginalized as niche or cult books. They’re criticized as lacking the heft of a serious novel. Yet, when you think about the impact of books like Virginia Woolf’s A Room of One’s Own and Three Guineas as well as Maggie Nelson’s The Argonauts or Claudia Rankine’s Citizen, Ta-Nehisi Coates’ Between the World and Me, and Valeria Luiselli’s Tell Me How It Ends, it’s harder to deny the profound influence created by such so-called small books.

One deceptively “small” book that Zambreno’s narrator connects with is May Sarton’s A Journal of a Solitude. Written in the early 1970s, it’s a beautiful, freeform journal of a poet who, at age 58, is single, queer and determined to live a solitary life despite struggling with depression, comparisons with other writers, and a desire for recognition  as well as romantic love. Sarton’s persistence to imagine a life of such richness was as much a model for Zambreno as the lost literary heroines she championed nearly a decade ago.

“The ones I love disappear, and I go chasing after them, and perhaps this is partially why I am a writer,” writes Kate Zambreno in Drifts. Searching for ones we love can take us back in time to imagined relationships with artists and writers long dead. It can also send us out into the world in the hopes of reunion with our contemporaries, near and far. What is critical to grasp is that writing is not simply a circling of the self, but also a rigorous act of search and recovery. What we uncover through this pursuit is a more expansive sense of ourselves as part of an ongoing continuum of artists.

Drifts is a meditative, radically self-aware book. I’ve returned to it again and again in the past months as a reminder that connection is vital to writing as a practice. How we show up for each day is of greater significance than any grand production we may happen to pull off. It’s through the partnerships that sustain us—correspondence, community, culture, nature, pets, neighbors, walks, loved ones—that we manage to reach our potential.

Zambreno mentioned to me that, “Eileen Myles once said that a novel should be read from beginning to end,” as opposed to reading selectively like a book of essays. I didn’t skip around while reading Drifts, but it did coax me into creative digressions. However you’d like to classify it, this is a book best read in communion with others. Enjoy the living practice it encourages of you and show up for your community. 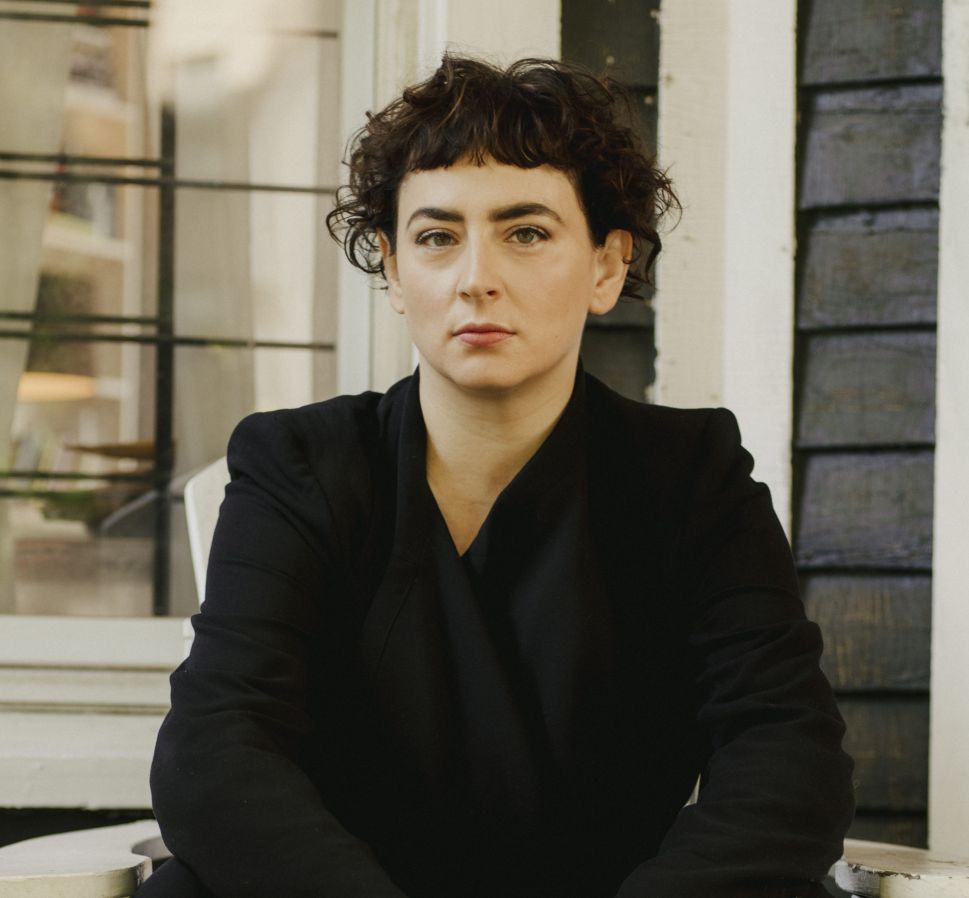