Another Kardashian is ready to make a move on the real estate market. Khloe Kardashian isn’t quite as active with buying and selling homes as other members of her family (ahem, Kylie Jenner), but the Keeping Up With the Kardashians personality is preparing to list her celeb-pedigreed Calabasas home, with a hefty $18.95 million price tag attached.

Khloe hasn’t officially offered the home up for grabs just yet, but the Kardashian family’s favorite real estate agent, Tomer Fridman, gave a few hints about the approximately 10,000-square-foot property on an episode of Real Talk on IGTV.

Fridman said he couldn’t mention the seller by name, but that he has a new listing of a house that was initially owned by the “ex-wife of an über celebrity,” which would be Eddie Murphy’s ex-wife, Nicole. Fridman then said it sold to a “very young pop star, who is very famous,” which is none other than Justin Bieber. Fridman refrained from mentioning anything about Bieber’s egg-throwing exploits while living in the neighborhood, though.

Tomer did, however, note that it then sold to one of his “favorite, favorite, favorite clients,” and that the house was featured on the cover of Architectural Digest with his client and her sister. As if this wasn’t obvious enough, Khloe and Kourtney Kardashian appeared on the cover of AD in March 2016, showing off both of their Calabasas residences.

Khloe paid Bieber $7.2 million for the home in 2014, and promptly embarked on an extensive renovation. She told AD in 2016 that she was “very hands-on” in the process, which included transforming two bedrooms into one absolutely enormous walk-in closet. At the time of the original renovation, Khloe didn’t have any children’s rooms in the house, but after welcoming her daughter, True, she transformed one of the bedrooms into a dreamy pink nursery.

🤍Recently this has been our morning routine. Same song 🎶 can’t stop the feeling by Justin Timberlake🎶 Same dance partners 🤍

The eight-bedroom, seven-bathroom home features a tented living room with a Levantine mirror, and outside, there’s a patio with swinging daybeds. The impeccable white eat-in kitchen is fitted with a center island and marble countertops, with an incredibly organized pantry, as viewers of Khloe’s Instagram are well aware.

The 1.56-acre property is located within the celeb-filled, gated Oaks of Calabasas enclave, and quite a few Kardashian-Jenner family members own homes nearby, including Kourtney, Kris, Kim and Kylie. At the moment, Khloe is quarantining with her ex, Tristan Thompson, and their daughter in this home amid the coronavirus pandemic.

According to E! News, Khloe already knows where she’s going next. She’s “moving into a bigger home,” though it’s not clear where, exactly her new residence is located. It seems likely it’s nearby, though—the Kardashians really love Calabasas. 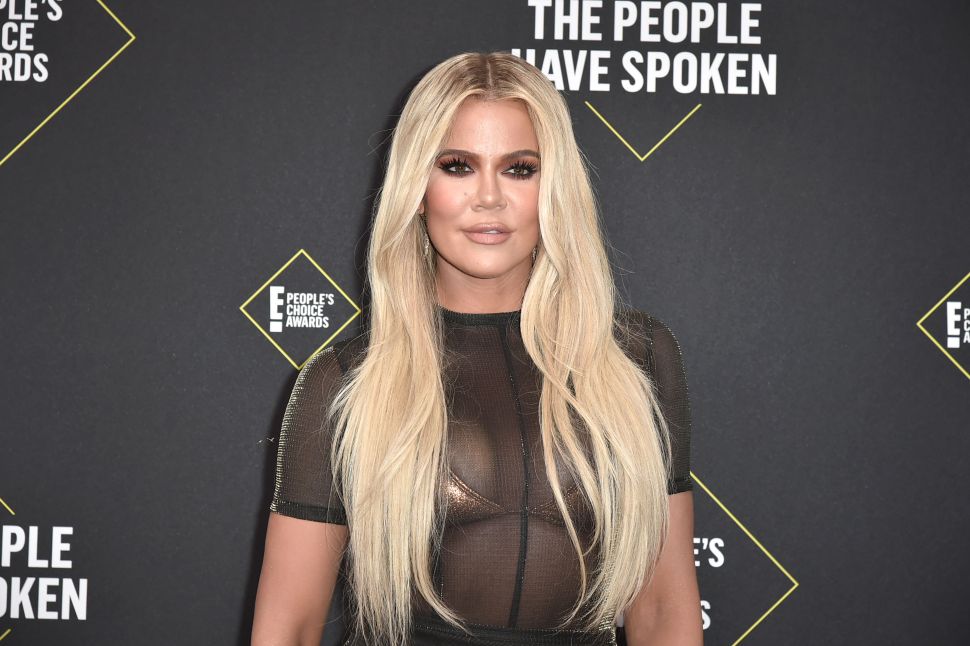