This Memorial Day weekend will be different than any we’ve ever experienced. The weekend that traditionally signals the beginning of the summer season normally features tens of millions of Americans communing outdoors, but the United States is still in the epicenter a global pandemic — daily new cases just reached a new high on Wednesday, and more than five million people have been infected with coronavirus. And while every state has reopened its economy and social life to some extent, finally giving desperate vacationers some leeway to venture out after a three-month lockdown, there are still plenty of limits.

Traffic condition, typically a hot news item around this time of the year, will be a bit tricky to predict. For the first time in 20 years, the American Automobile Association (AAA) isn’t issuing a Memorial Day travel forecast, saying that the data they normally use to create it “has been undermined” by the impact of COVID-19.

There will still be cars on the road, as suggested by an uptick in vacation trip bookings at AAA since mid-April (as well as because driving is the only safe method of travel at the moment.)

Since Memorial Day traditionally marks the beginning of summer, beaches will be a hot destination for many long-weekenders. To help you better plan your trips, we have rounded up the latest beach policies in the country’s most popular vacation spots.

New York City’s 14 miles of beaches usually open on the first day of the Memorial Day weekend. That will not happen this year due to the pandemic, unfortunately. Mayor Bill de Blasio said earlier this week that swimming will be forbidden at all beaches within city limits. Walking and running will still be permitted, but those beaches are intended only for people who live nearby, the mayor said.

According to The New York Times, the city is considering opening all city-run beaches in June. Those managed by the National Park Service, including Riis Beach and Fort Tilden in the Rockaways, will follow the city’s lead.

The good news: Beaches in other parts of the New York state, as well as New Jersey, Connecticut and Delaware, will open this weekend with social distancing and face mask rules in place. You better get there early, though, as beaches will be limited to 50 percent capacity. Expecting an influx of visitors from New York City, state officials estimate that capacity to be reached before noon every day.

There are more than 1,500 beached across California’s 15 coastal counties. Although no county has fully reopened from quarantine yet, beaches in all these counties are open with some restrictions, the Los Angeles Times reported.

In Los Angeles County, for example, walking, running and swimming will be okay. Sunbathing, picnicking and group sports are not allowed.

Most Florida beaches will be open with restrictions this weekend, but those in Fort Lauderdale and Miami, the two hotspots for summer vacationers, will remain closed.

Washington state was the first coronavirus hotspot in the U.S., and state officials have been extremely careful about reopening. The state’s stay-at-home order has been extended through the end of May with only a few exceptions for essential businesses. All state beaches and campgrounds will be closed over the holiday weekend and won’t open until the state’s phase two reopening. However, fishing is allowed in all state-run parks during daytime.

The state’s stay-at-home order was lifted on May 1, so all beaches in Texas will be open this weekend with standard social distancing rules in place. However, hours of operation and what activities are allowed vary beach by beach and county by county. 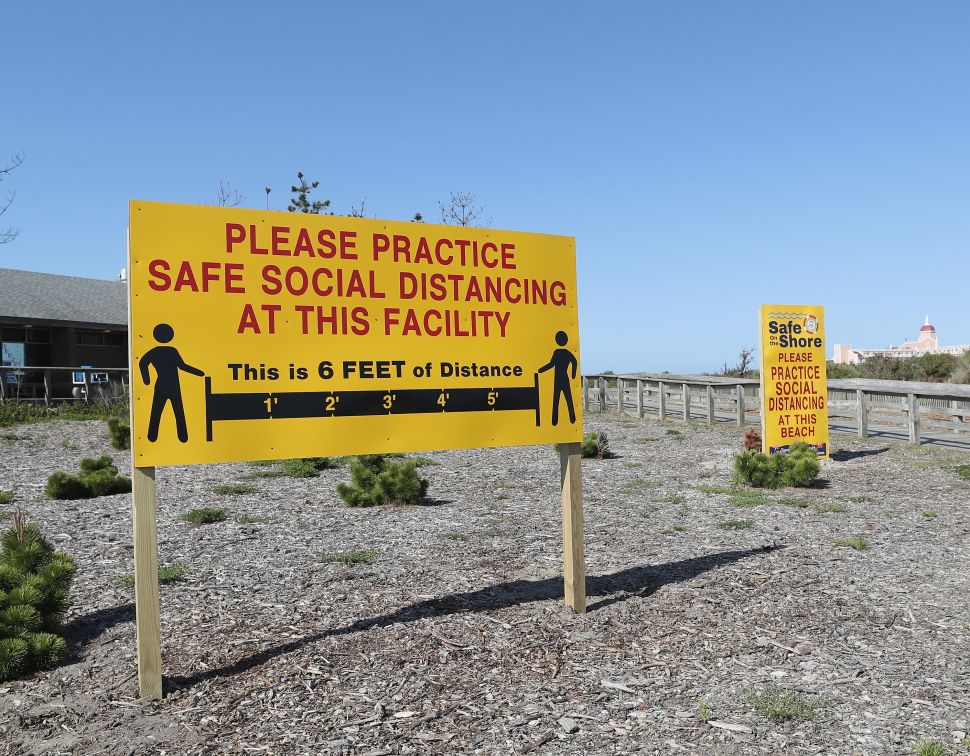