On January 14, 2019, Tom Cruise made a surprising announcement: his Mission: Impossible franchise would return for a seventh and eighth installment to be written and directed by Rogue Nation and Fallout filmmaker Christopher McQuarrie. It was surprising not just because the immaculate Fallout had recently set a franchise high at the box office and seemingly set the stage for a natural conclusion on a high note. But also because this was the first time in the series’ 23-year history history that two sequels were officially greenlit at once. Hmmm.

As it turns out, the two-film extension was all part of Cruise and McQuarrie’s master plan for the narrative.

“When we went into making Fallout, I said to Tom, ‘I really want to make this more of an emotional journey for [Cruise’s character Ethan Hunt],'” McQuarrie recently said on the Light the Fuse podcast. “Going into this, I said, ‘I want to take what we learned from Fallout and apply it to every character in the movie. I want everyone to have an emotional arc. … I just want the movie to have more feeling across the board.”

While the director and star producer’s intentions were admirable, they soon realized that “this sprawling movie” was way too long to fit into one installment. As they tinkered away at the story, they began to divide the idea into 20-minute chunks, which sparked the idea for a continuation.

“The ending of the first movie snapped into place. We knew what the ending was and we knew what the beginning was,” McQuarrie told the outlet. “And now I had these two sequences, which means, I’ve got 40 minutes of Mission: Impossible 8 figured out.”

When you realize just how star-studded this next iteration of Mission: Impossible truly is, it makes more sense as to why the creative team thought it best to split the film into multiple installments. Simon Pegg, Rebecca Ferguson, Vanessa Kirby and Ving Rhames will all be returning to M:I 7 while Henry Czerny’s Eugene Kittridge, who hasn’t been seen since the 1996 original, will also play a role. In addition, Hayley Atwell has joined the cast in a mystery role that McQuarrie described as a “destructive force of nature.” Giving a proper emotional arc to all of these characters would seemingly require more than one blockbuster.

It also makes a fair bit of financial sense for Paramount Pictures. Dividing an epic franchise conclusion—which is no guarantee given Cruise’s apparent immortality—into two parts has proven to be a strong box office bet. Warner Bros. squeezed more than $2 billion out of Harry Potter and the Deathly Hollows Part I & II, Lionsgate pushed the two-part Mockingjay movies well across the $1 billion mark, and we all know how mind-bogglingly successful Avengers: Infinity War and Avengers: Endgame were. When even The Matrix Reloaded and The Matrix Revolutions shot back-to-back, you know it makes logistical and economical sense on the studio side.

If that weren’t enough, the filmmaker is prepared to reach even deeper into the M:I bullpen for any characters he deems valuable this time around, even if they’ve seemingly been killed off. “Any character, dead or alive, is fair game to return,”  he said. After that painful yet epic bathroom fight scene, we’re curious to see if Henry Cavill has any interest in a comeback. That mustache alone deserves its own spinoff.

Long story short: the next few Mission: Impossible movies are going to be absolutely bonkers and we’re 100% here for them. 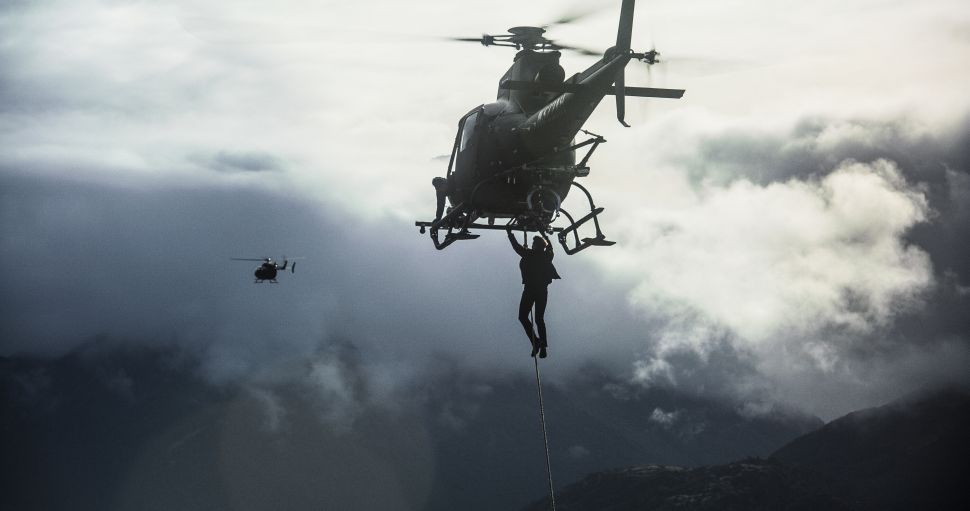