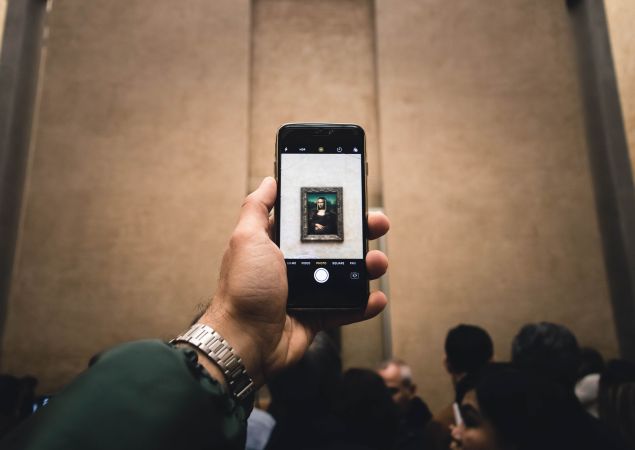 A visitor to the Louvre looking at an image of the Mona Lisa. Fabrizio Verrecchia/Unsplash

In 2011, Oxford art history professor Martin Kemp ran an experiment in which fourteen people, none of them art experts, were shown genuine Rembrandt paintings as well as fake “Rembrandt” paintings (derivative works, copies after Rembrandt, and the like) while undergoing brain scans. A painting was shown to them and they were told it was by Rembrandt. Another painting was shown to them and they were told it was a fake. By measuring the pleasure centers of the brain, Kemp concluded that “the way we view art is not rational.” Being told a work was authentic (whether or not it actually was) activated pleasure centers when it was shown, which was not the case when the viewer was told it was inauthentic (even if it was actually the real deal). It’s all about anticipation. If you’re poured a glass of wine and told it’s a 1955 Lafitte, you’ll enjoy it much more than if you’re told it’s a 2015 Trader Joe’s wine-in-a-box, whichever it truly happens to be.

This was a groundbreaking experiment, though it was small in scale. Kemp is a revolutionary figure in the study of art, not only as the leading Leonardo da Vinci specialist, but also because he came from a science background and brought with him the tools of a “hard scientist’s” trade: a CSI approach to art history’s mysteries. While “soft sciences” have long been used to help better understand art (from Freud’s analysis of Michelangelo’s Moses statue to my book The Art of Forgery, which was a psychological study of forgers), hard science is a latecomer to the field. The union of art and neuroscience is a new area of study, promoted by the likes of Kemp, chemistry professor Jehane Ragai and Nobel laureate, Eric Kandel, who published a book on how the human mind deals with abstract art.

But now, carrying on from Kemp’s early efforts, a team of neuroscientists advised by MIT professor Dr. Pawan Sinha have just announced the results of a ten-month-long study, conducted in collaboration with Cuseum, on the emotive responses of subjects when shown original artworks versus their digital equivalents. This is not quite the same as what Kemp explored. Kemp was looking at whether lay viewers could distinguish originals versus copies or derivative works, and also whether their opinion on authenticity was conditioned by being told, ahead of time, that a work was original or a copy. Dr. Sinha’s study is parallel. He asks whether our experience of art is really less engaging if we see a digital representation as opposed to the physical object.

This question harkens back to one of the most famous essays of the 20th century, certainly for the study of art, but it is standard reading in a wide variety of fields. Walter Benjamin’s “Art in the Age of Mechanical Reproduction” was published in 1935. It considered the difference between seeing an original work of art in person, versus seeing a mechanical copy of it (which, at the time, meant something very analog, along the lines of a photograph or lithograph or mimeograph). His conclusion was what many of us have felt: that there is a certain “aura” to seeing a great work of art in person that is lacking in reproductions of it. This “aura” (he was at a loss, he volunteered, for coming up with a better term) has a mystical vibe to it and cannot be defined—which is part of the appeal of art. Seeing a film or photographs of the Sistine Chapel ceiling does not have the visceral effect on us viewers as seeing the original in the Vatican. 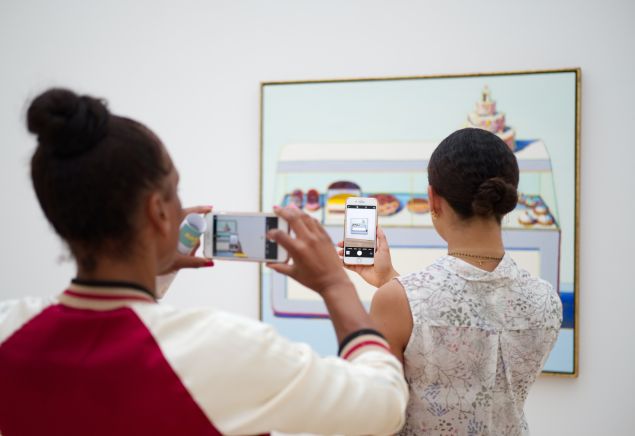 Visitors at the Museum Voorlinden in the Netherlands photograph a work of art. Christian Fregnan/Unsplash

This has been the accepted response, both from experts and the general public. It’s the heart-first response: of course, we find art more moving when seen in person. A slide in a classroom or a photograph in a textbook is just not the same thing. Perhaps not from a Romantic perspective, but this new MIT study suggests that, from a neurological perspective, a digital presentation of an artwork might be just as stimulating…or more so.

The idea for this latest study came at conference at Grafenegg Castle, in Austria on the future of art, human creation and culture. Dr. Sinha, Professor of Vision & Computational Neuroscience at MIT, was in a panel with Brendan Ciecko of Cuseum, a “college drop-out” as he describes himself who had worked on digital projects in the music industry, collaborating with the likes of Katy Perry and Mick Jagger. Ciecko saw an opportunity to develop the digital side of museum-going, initially in augmenting the museum experience for visitors. More recently, since the global shutdown that necessitated the shuttering of museums, the capability of virtually “visiting” museums has come to the fore.

Ciecko and the team at MIT analyzed the neurological responses on the part of subjects by looking at a work of art for one minute in four different ways: shown an augmented reality image, through virtual reality, in the form of a 2-D digital image shown on an iPad and exposure to the original artwork, in person. A baseline was established by having participants look at a blank wall. Their conclusion? “Current EEG findings would suggest that aesthetic experience is not denigrated by a digital interface representation and, in fact, digital reproductions in the case of augmented reality are shown to improve the magnitude of brain activity compared to the viewing of original works of art.” In short: our brains appear to be more stimulated when looking at augmented reality and virtual reality digital reproductions of art when compared to looking at the real thing.

This finding must be unpacked, as there are a number of considerations surrounding it. First is that a distinction must be made between how the brain is stimulated by exposure to two very new, exciting and immersive technologies: augmented reality and virtual reality, as opposed to reality reality (for lack of a better term). A study of, say, augmented reality views of an NBA game vs attending the game live, or a virtual reality meal vs being in a restaurant, or exploring a monument while wearing an Oculus device as opposed to being there in person would make interesting points of comparison. How much of this result is simply because our brains are hyper-stimulated by new technology, which in this case happens to be applied to art, as opposed to our brains genuinely being more stimulated by the digital encounter than in person? In addition, we must ask the question that Walter Benjamin would have: What about the “aura?” That majestic vibe that is so difficult to explain, but which people describe when they see great art in person. Part of the aura is in the pilgrimage. Traveling around the globe to see a masterpiece stimulates the appetite, the anticipation and augments the feeling when you finally arrive. This is lost if you can just strap on some goggles and you’re “there.”

I’m a proponent of digital art engagement. I found new details in the billion-pixel digital image of The Ghent Altarpiece, a painting about which I’d written a book, than I ever could have by looking at the work in person. I believe that, from a scholarly and touristic perspective, a virtual experience can be enlightening and is certainly a great way to “see” art that you might never be able to visit in person. But the romantic in me, as in Benjamin, would say: if you can, see it in person. If you can’t, see it any way you can. And according to this study, augmented and virtual reality are powerful new ways to look at old things. 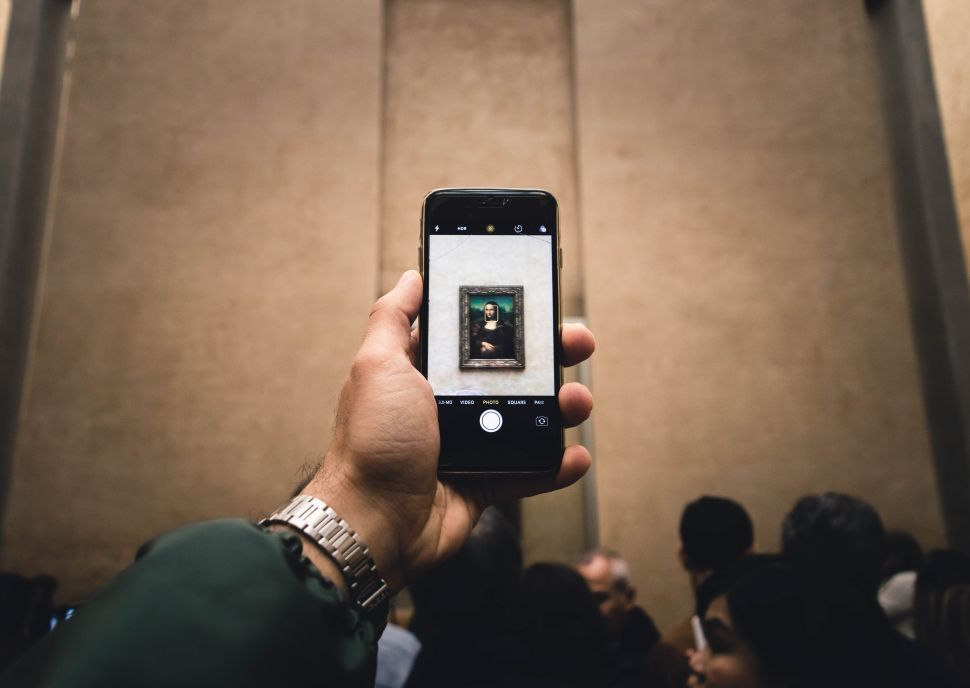