What separates people who enjoy theater on video from the rest of the population? Even avowed theater geeks may recoil from Irish Repertory Theatre’s “Performance on Screen” of Brian Friel’s Molly Sweeney (through Friday via Facebook). Diehard Friel fans may fear his lyrical prose will wither on the laptop. Others, like me, find intrinsic value in the experience—quite apart from design (meager) and acting quality (solid). It’s words. Loads and loads of lovely words, which the great Irish playwright furnishes in this 1994 bunch of interlocking monologues. Where else are words allowed such space and air to occupy attention? Audiobooks are a natural comparison, as well as radio dramas and recorded poetry. But mainstream screens—even our overhyped “Golden Age” series—don’t honor language the way theater can. Therefore, I’m down for a couple of hours of actors emoting at their computers when the text is this good.

Not that everyone loved this particular Friel, a melancholy medical odyssey inspired by an article by Dr. Oliver Sacks. “Monotonously dirgelike as literature and theater,” concluded the New York Times’ Margo Jefferson at the work’s American debut with the Roundabout Theatre Company. To be honest, Friel has written more powerful monologue drama before: 1979’s Faith Healer. Irish playwrights excel at solo voice: witness brilliant work by Conor McPherson, Mark O’Rowe and Sebastian Barry. Molly Sweeney, a touching if too-long tale about the vast gulf between physiological vision and spiritual understanding (“seeing”) exemplifies the strengths and weaknesses of the genre. But it ultimately makes for absorbing home viewing.

SEE ALSO: Theater Prevails Online in Richard Nelson’s ‘What Do We Need to Talk About’

Essentially a novella for three voices, the narrative introduces Molly (Geraldine Hughes), blind since infancy. Acutely sensitive to touch and smell and sound, Molly has grown into more or less contented, self-sufficient middle age. But her life is turned upside down by two events. First, she is wooed by and marries Frank (Ciarán O’Reilly), a spirited autodidact with a weakness for crazy schemes (e.g., breeding Iranian goats for milk). Frank’s new crusade is to get Molly’s vision restored by an experimental operation to be performed by Mr. Rice (Paul O’Brien), a surgeon sliding into drunken obsolescence. The operation goes smoothly, Molly’s vision returns, but—as anyone who has read Frankenstein or Flowers for Algernon will predict—the complexity of life will overtake any medical feat.

Friel, long dubbed the “Irish Chekhov,” is too wily a writer for Molly’s journey up and down the mountain of blindness to be less than compelling, but the two-hour-plus running time does make one think of cuts. Still, post-op Molly straining to see is a lovely bit of word painting: “Nothing. Nothing at all. Then out of the void a blur; a haze; a body of mist; a confusion of light, colour, movement. It had no meaning.” Such liquid, vivid prose comes naturally to Hughes and O’Reilly, who played these roles in Irish Rep’s 2011 revival. O’Brien is appropriately starchy and guarded as the doctor whose personal problems are kept neatly compartmentalized. Hughes imbues Molly with an exquisite blend of dreamy inwardness and flinty self-respect, as a woman  embarked on a singular journey in life no man should control.

All are directed by Irish Rep’s Charlotte Moore for intimate online presentation. The only reservation I have is a fairly obvious one, which could be raised for a live or mediated production. Why not, at a key moment, have Hughes drop the stage convention of “playing blind”? (Unless the performer were truly sightless; that’s a different case.) Throughout the show, Hughes keeps her eyes unfocused, her lids half or fully closed. Would not the final stretch of the play, Molly’s farewell, be more powerful if the actress faced us, looked us in the eye, and spoke? In these dreary, isolated times, we cannot truly see each other, but what if we pretended? 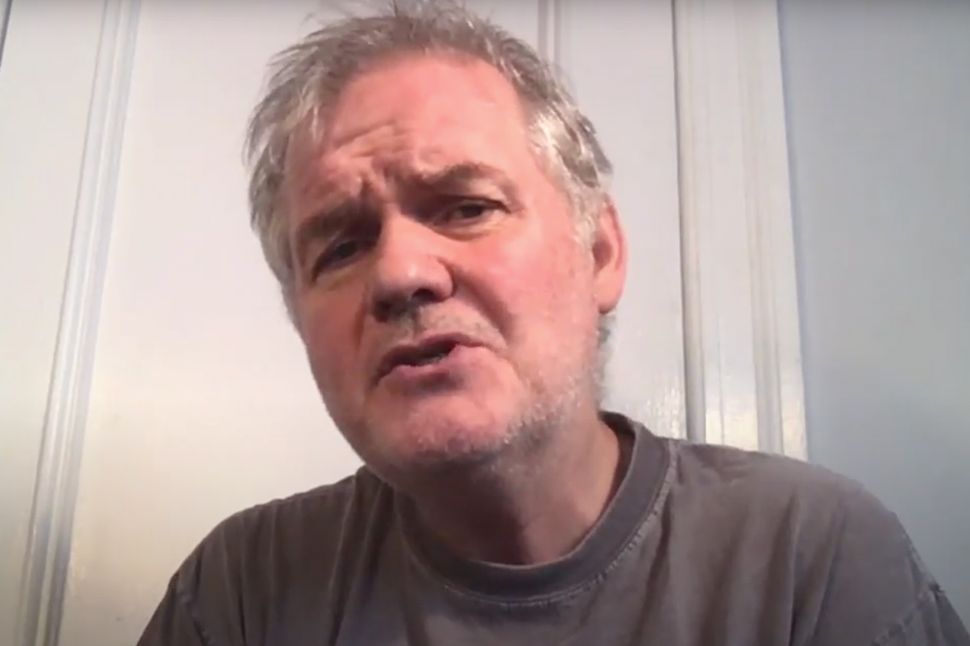