Regardless of which generation you grew up in, there are many moments as a young adult that are relatively universal—from the formative experiences of school, to falling in love for the first time. The Museum of Youth Culture looks to celebrate all these fond and TK memories, most recently through the online archive “Grown Up in Britain.” The small team behind this institution (which is currently online-only) are calling for submissions that capture what it feels like to be young, suggesting lockdowns are the perfect opportunity to “get out the family albums and shoe box archives.”

While the physical museum isn’t due to officially open until 2023, the digital archive has been in the works since 1996. Jon Swinstead, the Youth Club Archive director, was the co-founder of the now-defunct Sleazenation, a monthly London-based fashion and lifestyle magazine that ran from the ’90s through the early 2000s. There, he spent long hours looking through the images of youth style from across the U.K. that he’d commissioned photographers to capture. This professional collection formed the start of the archive, and was  shown as a retrospective in 2015 in the exhibition “One Nation Under Grove.”

Lisa Der Weduwe, Youth Club Archive co-founder, shares that this retrospective was pivotal in deciding the future direction of the archive. “We put mods next to punks, next to grandkids and it made sense,” she says. “We were able to look at the collection, not just from the different movements in different time periods, but through the collective experience of growing up and those same feelings and emotions that everyone goes through but might be really different to different people. That sense of friendship and comradery.”

With The National Lottery Heritage Fund as their main benefactor, they developed the archive from a commercial collection into a heritage collection, making sure it’s accessible to the public. Last year, they started taking public submissions for the first time. “We want to just collect as many voices in that museum as we can,” says Der Weduwe. And whether that is young people that are young today to people that are in their eighties or nineties, we want to try and collect as many stories.”

This combination of public submissions with editorial commissions is where their current project “Growing Up in Britain” was born. Initially traveling across the U.K. to run targeted collection drive projects, the small team are now focusing on their digital campaign to encourage people to submit while isolated at home. “If you’re at home by yourself, call a friend and set dates, and talk about these things,” she says. “I think the more overriding stories [received] have been people sharing one photograph that they really cherish from when they were younger or a story about their best mates that they used to always hang out with.”

In the last month, they’ve had around 150-200 submissions. The majority of these are from the U.K., but they’ve also received international ones from places like New York. As they continue to add to the archive in the lead up to the museum’s launch, they’re also working on offline resources to help a community most impacted by coronavirus. “We realized that people that are most vulnerable because of coronavirus and are potentially going to be locked in, locked down for the longest period of time are people that are over 70,” Der Weduwe says. “We run reminiscing sessions in care homes, particularly working with those that have dementia, sparking memory and discussion.” This is something they will continue to do after rest homes pass their crisis point.

As most of the world reminisce on pre-pandemic life, Der Weduwe views this as an opportunity to reflect on youth culture more generally. “I think there’s a tendency to focus more on the subcultural movements and also I think there’s still a belief that youth stories aren’t necessarily as important,” she says. “We believe that quite the opposite, as youth culture is something everything has lived through. Everyone has a story to tell about that and when you tell these stories together they tell a real story of social history.” Hoping to spark connection between people during this isolating time, you can submit your memories to The Museum of Youth Culture’s website. 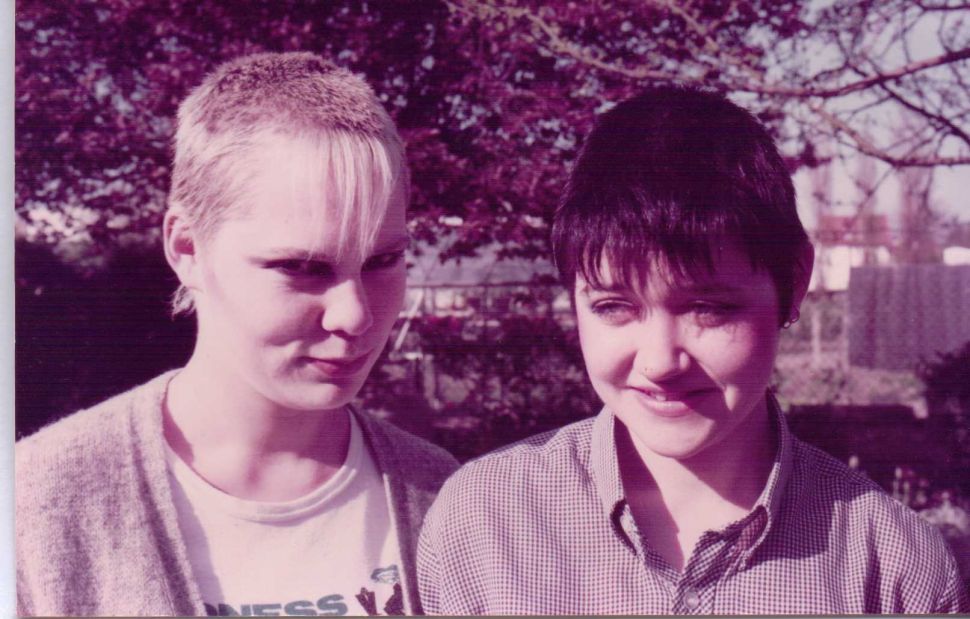