While writing her debut novel Exciting Times, Irish author Naoise Dolan faced a major challenge with her 22-year-old narrator, Ava: How could she create a character who’s simultaneously engaging and emotionally repressed? As Ava navigates a love triangle between herself, a lawyer named Edith, and a banker named Julian, her failure to adequately examine and communicate her desires leads her into anxious, hurtful situations.

“I looked at Ava’s limitations and asked, how can I realistically navigate these dynamics?” Dolan recalled while speaking to Observer. She opted to write Ava as simultaneously vulnerable and closed off, observant and blind to her own shortcomings. Through Ava’s stumblings, the 28-year-old Dolan reveals herself to be a precocious talent, skilled at detailing an expatriate’s experience teaching a language course and learning how to fall in love. The book debuted on the Sunday Times’ best-seller list at its release in the U.K. and Ireland this April, and shortly before its U.S. release on June 2, production company Black Bear Pictures announced it had optioned the rights to adapt the story into a TV show.

SEE ALSO: LA Ambition Rules in ‘Vagablonde,’ the Story of a Lawyer Who Dreams of Becoming a Rapper

When the novel opens, Ava has just arrived in Hong Kong, where she’s slated to teach English for a year. She leaves behind her parents and two brothers in Dublin, but mentions no friends or real connections whom she’ll miss. Yet for a woman who’s so untethered, Ava swiftly entangles herself with Julian, whom she meets in a bar. Within three months, she’s moved into his apartment. “I couldn’t bear living in an Airbnb forever, but I still didn’t have a two-month deposit saved,” explains Ava, who tells Julian she “didn’t have time to go around viewing places.” Julian simply tells her to take the guest room, since he gets calls at night.

In these few lines of dialogue and interior narration, Dolan perfectly captures the pair’s dynamic. Julian’s money and resources attract Ava, even if she won’t admit as much to herself. Julian signals his emotional unavailability, and Ava pretends not to care. The pair maintain their physical relationship, bickering and speaking past each other when they aren’t having rote sex. Neither seems very happy, though they remain committed to their tetchy cohabitation.

Social engagements are particularly distressing for Ava. When she goes out with Julian’s wealthy friends, they treat her poorly, and she feels out of place. Reading Exciting Times, one often wants to yell at Ava: “Just don’t go!” or “Stop lying!” or “Why are you two still sleeping together?” But then one remembers her own “exciting times” at 22, and recalls that at that age, sage advice is much less interesting than questionable decision-making.

When Julian leaves Hong Kong for an extended trip to London, Ava meets Edith through an acquaintance. Ava exhibits more passion, excitement, and warmth in her thoughts toward Edith—even if she doesn’t speak them aloud. “Whenever I was waiting for Edith’s replies, I touched my collarbone. Then she’d message,” says Ava. To further complicate matters, she refuses to tell Edith about her prior relationship with Julian. The proverbial ticking time bomb starts, as Ava realizes that eventually Julian will return and she’ll be forced to unravel herself from her own lies of omission.

The triangulation between Julian, Ava, and Edith allows Dolan to explore how differences in wealth, ethnicity, nationality, gender and sexuality can affect power dynamics in interpersonal relationships. With its colonial history and fraught independence, Hong Kong is a fitting backdrop for such themes. Here, the characters must contend with their own axes of privilege as they discuss empire and their political ideals. Ava is the most overtly leftist of the trio, finding a fast friend in Julian’s anti-capitalist father, Miles.

Yet Dolan’s ideas really blossom in her discussions of language, which emerge as Ava reflects on the English curriculum she must teach. While Dolan herself taught English in Hong Kong after she graduated from  Dublin’s Trinity College, she insists her experience was much different from Ava’s. “I was just getting young kids comfortable with English,” she said of her own courses.

Ava’s mandate, on the other hand, is much stricter, and bound by British linguistic preferences and pronunciations. “The English taught us English to teach us they were right,” Ava notes, condemning how her own teaching reinforces certain nationalist and class hierarchies.

“I’ve always had a tech-y interest in English,” said Dolan. She mentioned her passion for Lynne Truss’s 2003 grammar primer, Eats, Shoots & Leaves: The Zero Tolerance Approach to Punctuation, and how the Irish classes she took beginning at age four or five made her “more linguistically aware.” (Such language instruction is common throughout Ireland.)

Dolan’s beliefs about language coincide with Ava’s. “I hate being told how to speak,” said the writer, though she loves talking about it in theoretical terms. Ava similarly chafes at the English curriculum she must teach. To her mind, it reveals a number of prejudices as it sanctions which phrasings are appropriate and requires exercises that lack imagination. For example, in a lesson on the difference between exact nouns (“carrots,” “broccoli”) and category nouns (“vegetables”), Ava’s students must match exact nouns with categories such as “family,” “people,” and “professions.”

“It was indeed a challenge to describe people in a way not immediately related to how they earned money or their position in the family unit,” Ava says. And later, when she considers that “adult,” “child,” and “teenager” are all descriptors that can stand on their own: “I still found it depressing that the way we specified ourselves—the way we made ourselves precise and interesting—was by pinpointing our developmental stage and likely distance from mortality.”

Dolan’s work suggests that there’s little connection between a facility with such large ideas and an ability to communicate with those around us. Ava can speak so articulately on politics and language, yet she remains baffled by the requirements of friendship and romance. Exciting Times ultimately celebrates the unique challenges and rewards of such meaningful connections. Social awareness isn’t just about recognizing privilege and widespread inequities. How one decides to treat friends, family, and lovers can be a radical position of its own. 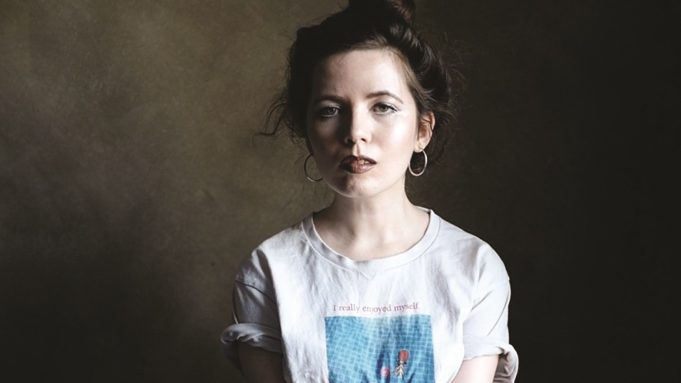