Last July, Warren B. Kanders, the former vice chairman of the Whitney Museum of American Art and the owner of a military equipment manufacturing company called Safariland, stepped down from his position at the museum after months of protests that demanded his divestment from the museum’s organizational body. This was a welcome result for those who decried the role the CEO plays in arming border police, but this week, reports have emerged that Kanders has a supporter by the name of Neal Sher, who filed a complaint to the Internal Revenue Service earlier in May that argues that the museum severely mishandled the protests against Kanders. As such, Sher says, the Whitney should be stripped of its tax-exempt status. But who is Neal Sher?

According to the New York Times, Sher made a significant name for himself decades ago as the head of the United States Justice Department’s Office of Special Investigations (OSI), where he focused on prosecuting people suspected of committing Nazi war crimes who’d entered the country after World War II. Sher’s tenure in this position resulted in many stunning cases, including the investigation of a former NASA employee who persecuted Jews while working on behalf of Germany’s wartime weapons program. The OSI also once barred the former president from Austria from entering the U.S., due to evidence that he was aware of antisemitic atrocities and did nothing to stop them.

However, according to reporting from Legal Times, the OSI also caught heat for its sometimes overzealous and insufficiently thorough investigations, and when Sher went on to become the chief-of-staff for the International Commission on Holocaust Era Insurance Claims, he eventually came under fire for the inordinate sums he was allegedly spending on travel while he was supposed to be focusing on seeking reparations for others. This professional scrutiny eventually led to Sher being disbarred in 2003. As of 2020, Sher is now in private practice and recently has been representing pro-Israel students at NYU who are alleging that the university failed to adequately respond to the activities of the Students for Justice in Palestine organization.

In his recent appeal to the IRS, in which he posits that the Whitney should no longer be tax-exempt, Sher argues that the museum and its board “legitimized, endorsed and capitulated to unlawful and illicit conduct” last year by essentially giving the protesters what they wanted: allowing Kanders to depart.

“Unless the IRS makes clear that similar behavior by leaders and staff will jeopardize the tax-exempt status of their institution, there undoubtedly will be comparable campaigns by political ‘activists’ against other targets,” Sher continued. “That would make a mockery of the important public policy underlying the granting of tax exempt status.”

Whether Sher’s efforts will be successful remains to be seen. 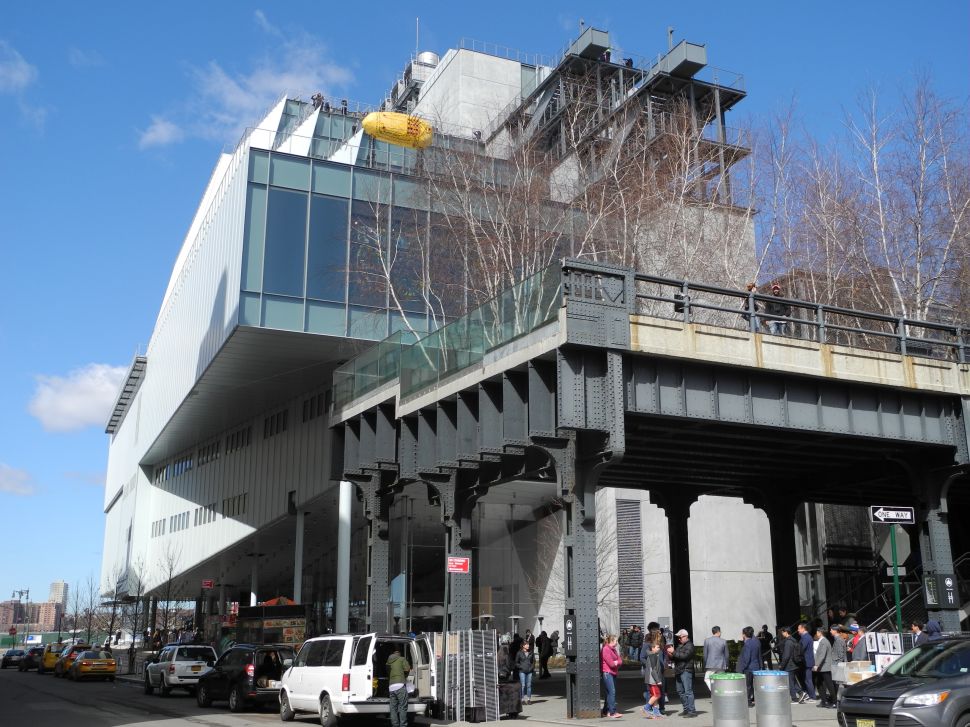