Netflix has always leveraged the past to build its future. The market-leading streaming service parlayed strong interest in Full House re-runs into the borderline unwatchable yet still somehow lucratively popular revival Fuller House. It built an empire of rewatchablity on the back of beloved sitcoms Friends and The Office. But with Fuller House coming to a close, Friends reclaimed for HBO Max, and The Office heading to NBCUniversal’s Peacock after this year, Netflix has been forced into counter moves. That’s why the streamer spent a bundle on the rights to Seinfeld and it’s why there’s interest in a Community movie.

Beyond the catchy meta joke/hashtag #SixSeasonsandaMovie that became a rallying cry for fans of the brilliant but criminally under-watched sitcom, a Community movie on Netflix—now that all six seasons neatly reside in the digital library—fits with the streamer’s modus operandi. Exclusively reviving a cult classic for a long-awaited film is exactly the type of buzz-generating move Netflix could use to carry its pandemic momentum forward. And there’s good reason to believe it’ll happen. Creator Dan Harmon has revealed that conversations with Netflix are ongoing.

SEE ALSO: The Star of ‘Never Have I Ever’ Talks Cringeyness, Netflix and the Harp

He continued: “I mean, when you’re part of the Community family, you learn never to raise expectations, keep ‘em nice and low and then be pleasantly surprised. So I can say that there are conversations happening that people would want to be happening and that I’m very, very excited about the coming months.”

While conversations and development in Hollywood are constant, they often don’t lead anywhere. Per Harmon’s suggestion, keeping expectations low is always a sound strategy. But at the same time, this move makes so much sense for both sides that it’s difficult to see it not coming to fruition. The cast, including the elusive Donald Glover, just reunited for a Zoom call this weekend! The seeds of return are being planted; Community was streets ahead of the competition. All that may be left is the greenlight from producer Sony Pictures Television, which recently partnered with Netflix on the Breaking Bad sequel movie El Camino.

With Disney+ exceeding expectations and continuing to roll out noteworthy original Star Wars content, and HBO Max and Peacock launching in the coming weeks as direct competition, announcing a Community movie would be a well timed PR victory for Netflix. The company that thrives on snappy narratives has a golden opportunity to craft an exciting new one. 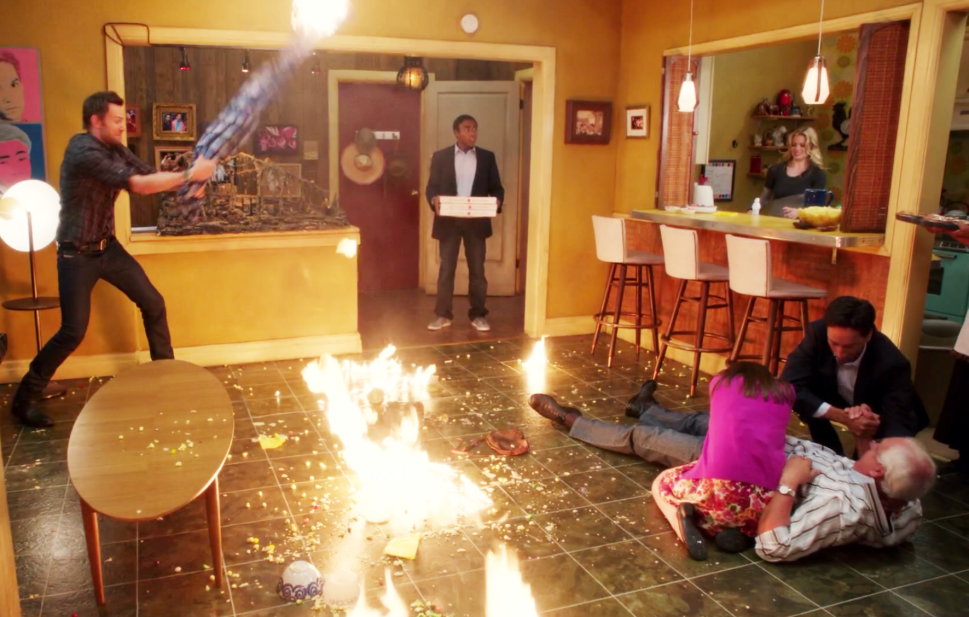