In certain states across America, movie theaters are slowly preparing to re-open. But with significant social distancing requirements still in place and concern regarding public health and safety still peaking, television remains the medium of choice during the coronavirus pandemic. To that end, Netflix has kept itself in pole position among all entertainment providers.

To provide a sense of how audience trends are continuing to shift during lockdown, leading data analytics firm Parrot Analytics compiled a list of the 10 most in-demand series for the month of April. It represents the total audience demand being expressed for a title, within a market, and audience demand reflects the desire, engagement and viewership, weighted by importance.

Tiger King, La Casa de Papel (Money Heist), Ozark, and Little Fires Everywhere are all new to the top 10 this past month, with Tiger King becoming the most in-demand digital original in the U.S. in April. Though the shine of Tiger King has started to wear off in recent days and weeks—with U.S. demand shrinking over the last 21 days—the fact that it was the most in-demand digital original in the country for an entire month is astonishing. Streaming services are built on the back of viral buzz and the legend of Joe Exotic certainly provided that. 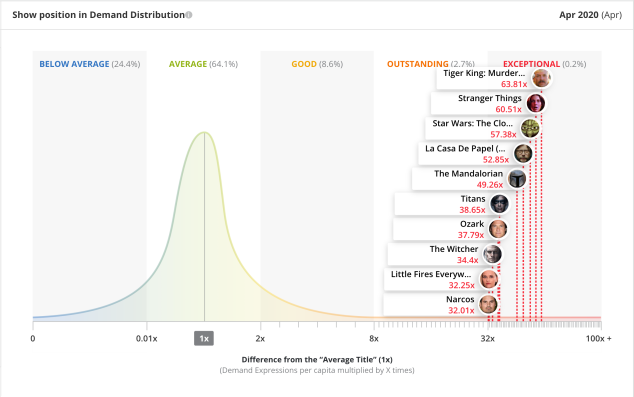 Netflix leads the way with six of the top 10 most in-demand titles in the U.S. over the last month, continuing its surge of success during the coronavirus pandemic. Disney+ scored two hits on the list thanks to Star Wars: The Clone Wars, which aired it series finale Monday, and The Mandalorian. DC Universe (Titans) and Hulu (Little Fires Everywhere) each claimed one entry apiece on the list.

While Amazon Prime Video doesn’t have a series in the top 10 this month, Tales From The Loop is the biggest gainer in the last 30 days along with ESPN’s The Last Dance and Apple TV+’s Defending Jacob. Among the five series that saw the biggest cool down in April, Netflix houses four: On My Block, Castlevania, Altered Carbon and Elite.

Among the top-10 entries, Stranger Things, The Mandalorian, Titans, The Witcher and Narcos are the only shows to not have recently launched new seasons. This makes their placement even more impressive as audiences are either watching these shows for the first time or re-watching episodes during an off-season, which speaks to their broad appeal. 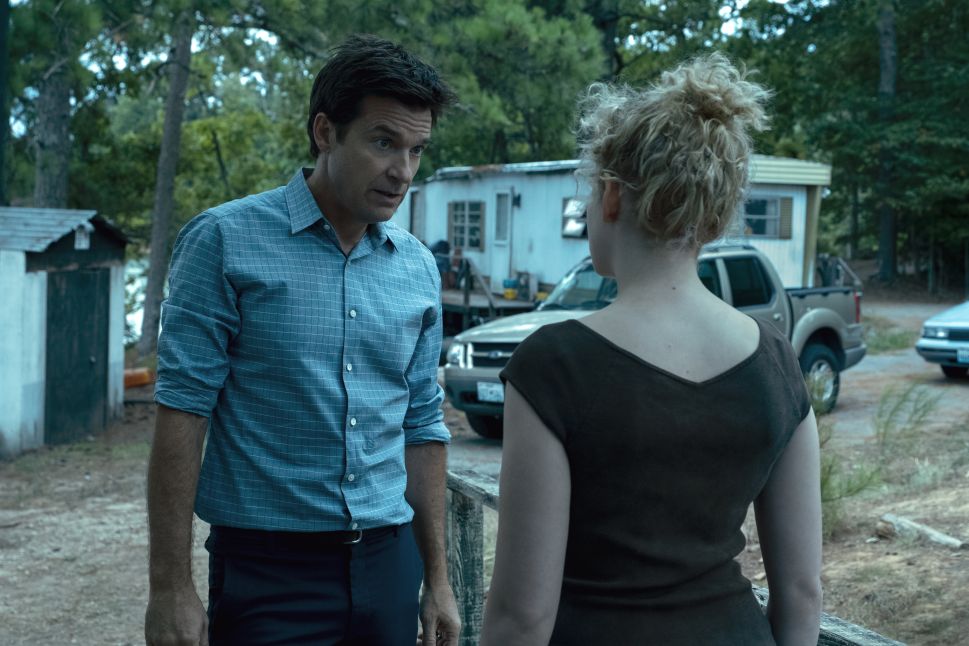