Despite an undercooked script smeared over with predictable melodrama, Chris Hemsworth’s Extraction is rightfully elbowing its way into the same territory as John Wick, The Raid, Mission: Impossible and Jason Bourne. No, the Netflix actioner isn’t quite as well-rounded as its peers from a storytelling perspective, but stunt coordinator turned director Sam Hargraves has undisputedly delivered the best on-screen battles of 2020. Gun fights, hand-to-hand combat, car chases, explosions—the ballet of violence that Hargraves conducts is wonderfully exquisite.

SEE ALSO: The Inevitable End Is What Made ‘Star Wars: The Clone Wars’ Legendary

Netflix’s selective data revelations make it difficult to properly contextualize Extraction‘s overall success. Often, the streamer uses arbitrary time periods to measure a film’s viewership and there is no uniform metric applied across the board. Sometimes, the streamer unveils seven-day viewership totals and sometime it’s four weeks; it’s like a high school teacher giving you a B- while your friend gets a smiley face. There’s also the question of whether or not two minutes of viewing, as opposed to Netflix’s old metric of 70 percent of an episode of film, is a viable rubric. Extraction just arrived on Netflix on April 24, so we’ll have to wait until four weeks pass to know beyond Netflix’s projections. But the raw numbers suggest that Hemsworth just delivered a massive victory for the streamer.

Produced by Avengers architects Joe and Anthony Russo through their ABGO production company and written by Joe Russo, Extraction is Netflix’s best imitation of a true Hollywood blockbuster. That it arrives at a time when the summer blockbuster movie season has been virtually purged from reality due to the coronavirus pandemic only further raises its profile.

Here Hemsworth—who after the disappointing Men in Black: International is still struggling to establish his movie-star bonafides without the safety net of the Marvel Cinematic Universe—stars as Tyler Rake, a damaged mercenary hired to retrieve the kidnapped son of a wealthy imprisoned figure in Bangladesh.

Netflix often attempts to piece together winning high-profile films with an assembly line approach that incoherently melds A-list names. While the aforementioned story mechanics may leave a lot to be desired, Extraction is hardly the unbridled mess that is 6 Underground, the oddly sanitized bore that is Death Note, or the unintentionally hilarious strikeout that is Bright. The stunning stunts and sheer “Holy shit!” vibes that its set-pieces provide are enough to get you through to the credits. Don’t be surprised when Netflix announces a sequel, giving Hemsworth a viable post-Thor platform.

As of right now, Warner Bros. still has Christopher Nolan‘s Tenet due out on July 17 while Disney is holding firm with Mulan on July 24. But the closer we come to those release dates, the more unrealistic they seem. Extraction stands a very good chance of being the only traditional summer blockbuster in a wholly non-traditional summer movie season.

It’s ironic that Extraction is thriving as a star-driven, R-rated, action blockbuster reminiscent of the 1990s, or exactly the type of film Hollywood no longer bets its bankroll on. In today’s theatrical climate, the name of the franchise is far more important than the name of its star. But studios have more freedom when exploring the comforts of home, thus this adaptation of a little-known graphic novel. As a blustery Hemsworth-led action adventure, Extraction probably would have done well-enough on Netflix under normal circumstances. But as the only fresh blockbuster option for the foreseeable future,  that projected figure of 90 million views in four weeks may actually be a lowball estimate when the dust has settled. 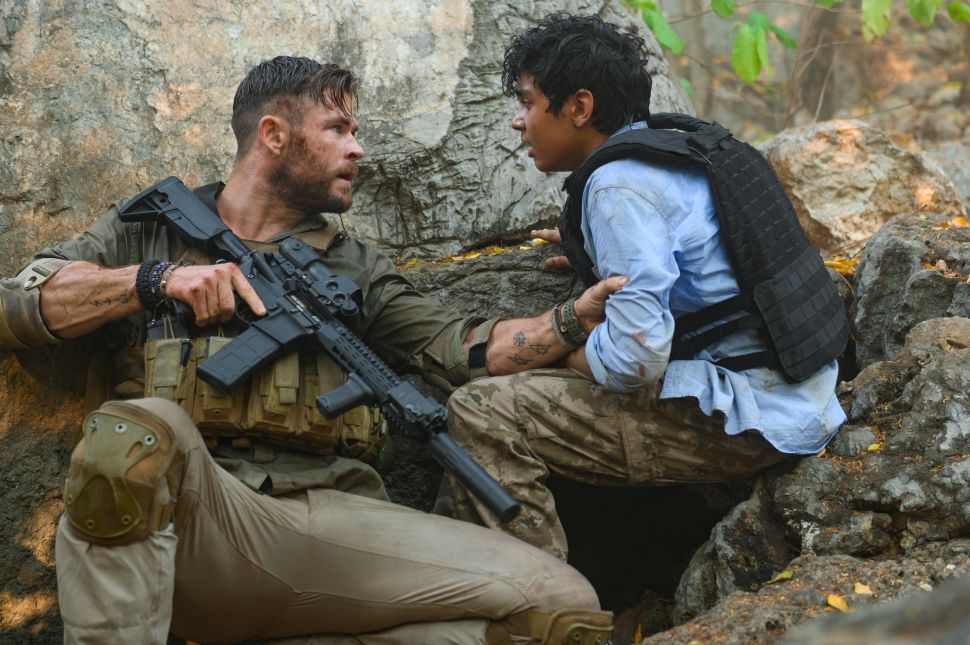