Mad Men may never have been a ratings powerhouse during its critically acclaimed seven season run on AMC, but as one of the most beloved dramas in TV history, its value has grown exponentially in the streaming era. Direct-to-consumer services are hungry for long-running established content that can keep subscribers on the hook. That’s why series such as Friends, South Park, The Office and Seinfeld have fetched nine-figure totals in heated bidding wars on the open market. While Mad Men may not be a bubbly sitcom, it still has the potential to serve as an important pillar of attraction for a streaming service. And it’s about to become a free agent.

In its newsletter earlier this week, Netflix announced that Mad Men would be departing the service on June 9. The market-leading streamer, which initially made a deal with Lionsgate for the series in 2011 at roughly $1 million per episode, reportedly passed on extending the deal. Lionsgate TV chairman Kevin Beggs said on a Thursday conference call with Wall Street analysts that streaming demand in Mad Men has improved amid the coronavirus pandemic.

Beggs and distribution president Jim Packer have “been in a four-month sales process, which has gone really well and exceeded our expectations and probably benefited from the COVID suspension and the lack of fresh originals coming.” Beggs continued: “Nothing to comment on officially yet, but it’s coming together nicely and we think we’re going to have very good news to report.”

SEE ALSO: It’s Hard to Care About Anything That Happens in ‘The Lovebirds’

So, what could Mad Men fetch on the open market?

For Seinfeld, Netflix reportedly paid more than the $500 million Universal Television dropped to reclaim The Office for Peacock. WarnerMedia has shelled out $425 million for Friends, around $550 million for South Park, and roughly $600 million for The Big Bang Theory to hit HBO Max. These are likely the top of the market and the exception to the rule. But that doesn’t mean that Mad Men‘s value hasn’t more than doubled in the ensuing years.

Between 2014-2016, Netflix paid $2 million per episode for the rights to NBC/Sony Pictures TV’s The Blacklist and $2 million for Fox/Warner Bros. TV’s Gotham. Mad Men has 92 episodes, which would total $184 million at the same price. That might even be a lowball estimate given Mad Men‘s place among all-time dramas and the changes in the marketplace, though its complicated narrative was never a mainstream smash hit.

Starz would seemingly have the leg up on the competition as a Lionsgate property, but Beggs said the company is “evaluating in a free-market fashion what may be good for Starz versus other buyers in terms of getting top dollar for our participants and our shareholders.” One attractive alternative might be the deep pockets of Apple TV+, which is reportedly altering its strategy to more aggressively pursue legacy programming to build out its library. Mad Men‘s prestige fits nicely with Apple’s self-cultivated brand of cutting-edge quality and this is the same service that spent $300 million on The Morning Show after all.

Either way, Sterling Cooper Draper Pryce is on to greener pastures. 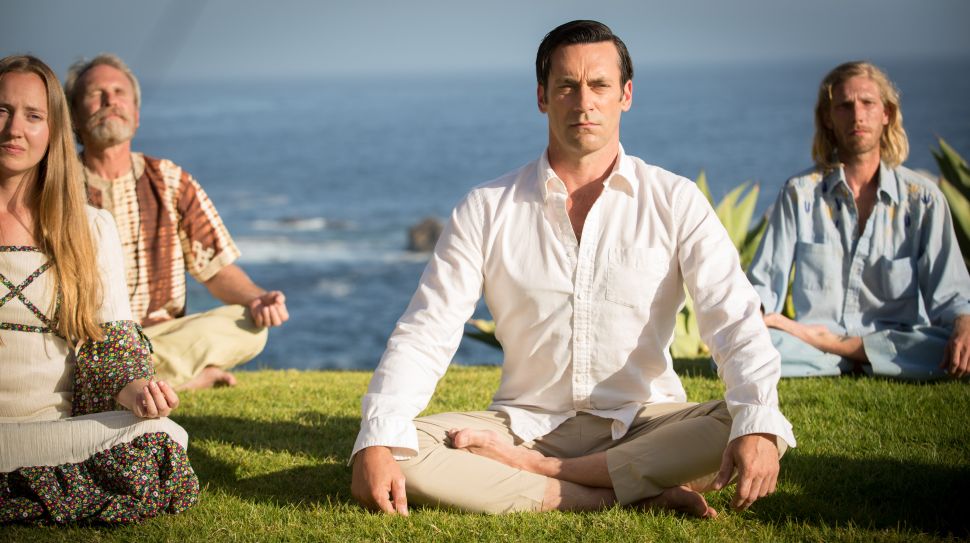