Normal is not a word you would use to describe our new COVID-19-infected reality. But Netflix’s new show Never Have I Ever, which follows Devi Vishwakumar, played by newcomer Maitreyi Ramakrishnan, focuses on her character’s very normal high school experiences, and is a perfect show to watch in quarantine. Co-created by and loosely based off of actress Mindy Kaling’s own adolescence, Never Have I Ever has gotten credit for rising above the typical stereotypes given to Asian characters. That’s thanks to the writing behind Devi’s character as well as the humor and humanity Ramakrishnan brings to the role.

Following her father’s sudden death and her subsequent paralysis, Devi is determined to come back sophomore year as popular (thanks to her 10-step popularity plan) and find boyfriends for herself and her best friends. Just like Devi, Ramakrishnan was academically focused and involved in extracurriculars, and like all teenagers, she has awkward memories from high school.

SEE ALSO: ‘Never Have I Ever’ Is Netflix’s Latest Candid, Lovely Teen Show

“I’m old enough to be able to look back at how I was when I was 15 and realize how cringey it was at that time,” says Ramakrishnan. “You really question the choices you made in high school and just the general awkward cringeyness of it all.”

I spoke to Ramakrishnan, teenager to teenager, about how she became the lead of a hugely popular Netflix show at only 18, how she relates to Devi and the importance of South Asian representation.

Observer: You were selected out of 15,000 applicants. What was the application process like?

Maitreyi Ramakrishnan: Mindy originally put out the tweet for the open casting call. It was actually my best friend who found this, and she came to me and said we should try this. We honestly went to the library and filmed this for fun and sent it in. After another round of sending more self-tape, I got to go to LA twice to audition in person. Then, I landed the role!

How did you prepare for your role?

It was honestly me bringing myself into the role of Devi, like [incorporating] mannerisms and how Devi would speak to keep it realistic, but also a lot of it was sitting down with Mindy and Lang Fisher to know their lived-in experience of what it felt like growing up, so there’s a lot of conversations. And of course, a couple of acting classes on the side that definitely helped me gain the confidence to be on set.

You mentioned that you brought in some of your own mannerisms to the show, do you think any of your personal high school experiences were like that of Devi’s?

Bringing my own mannerisms into the show was more like Devi’s catchphrases, like “What’s poppin’?” is from me. That’s my catchphrase that I say with my friends a lot. Definitely both of us are academically focused. Devi’s really smart in school, and I was as well. On top of that, being involved in extracurriculars. I was involved in my school’s jazz band.

What has it been like for you to go from performing in a high school play last year at this time to now being the lead of a hugely popular Netflix show?

Honestly it’s totally different in the sense that high school was theater and this is film. This is my first film experience and of course it’s a much larger audience, but I feel like I take a lot from what I learned in my high school productions as my drama teacher who I love and adore. She just taught me a lot that I’ll take throughout my life in my acting career, but also, just like in general. So there’s a lot of similarities and things that haven’t changed, but then of course, you know there’s the obvious changes of reaching out to a whole audience around the world.

Can you describe some particular skills or experiences you brought into your new role that you learned from your high school play?

Oh, my drama teacher! I love her to death—her birthday is today actually. She taught me and all of our other drama students that you can be the lead of a show, but that means nothing. You were not any bit more special than anybody else in the crew, and you are just the same as everyone else. So stay humble and recognize that everybody plays a part. So when I was on set, I never really felt like necessarily like the lead or star of the show. I honestly felt truly like everybody was super important and every character was super important, even if they had just a couple of lines.

What was your favorite memory from filming Never Have I Ever?

Oh man, there’s a lot for sure. Just off the top of my head, I really enjoyed being able to learn the harp. That was so cool, being able to get harp lessons and learn a brand new instrument. I just love learning. That was an amazing experience I got thankfully through the show.

So, as teenagers, I think we both probably have seen shows where actors in their 30s are trying to portray high schoolers, and it comes of as inauthentic. How do you think being a recent high school graduate helped you play Devi?

I think personally for me I hit the sweet spot because Devi’s 15, and I’m now 18. I’m old enough to be able to look back at how I was when I was 15 and realize how cringey it was at that time. You really question the choices you made in high school and just the general awkward cringeyness of it all. At the same time, I’m not far off from Devi’s age to forget that feeling. I’m just at the right age where I can reflect and still remember.

What advice would you give to high school sophomores or high schoolers in general?

If I did go back and tell myself, it was honestly just make sure to not over-stress. Don’t over-stress things and enjoy the moment. High school is going to be the best for years and realize that is totally wrong. But truly go after what you want and try new things. Have fun and don’t over-stress it.

I really liked how Devi navigates through typical high school experiences and celebrates her Indian culture just like any other teenager would. Why do you think it’s taken so long to see this kind of representation on TV and in Hollywood?

I think you know many minority groups, people of color, we’re always used to being the sidekick characters, or the funny, you know, comedic relief with one funny line, which really sucks. But we’ve now been typecast for just that. We’re never the lead anchor of the show, which is really unfortunate because we have a lot to bring to the table, and it’s awesome that Never Have I Ever portrayed this one story based on Mindy and Lang’s life. And I think hopefully that’ll get other productions to realize that they need to also prioritize realistic representation, because it’s so long overdue.

Do you think there’s been pressure for Devi, and by extension you as well, to represent South Asian experiences as a whole? And if so, how have you dealt with that?

I think honestly it’s hard to represent the whole of the South Asian community because it’s so vast. You can’t possibly recognize the entirety of the community, but you can put on a spotlight on as many stories as you possibly can. I am a South Asian woman, and whatever moves I make is representation in itself. There’s no possible way I could possibly represent every single story. What I can do is hopefully make room for others to also break into Hollywood and tell their own stories.

Do you have any plans for the future, as of right now?

Never Have I Ever is currently available to stream on Netflix. 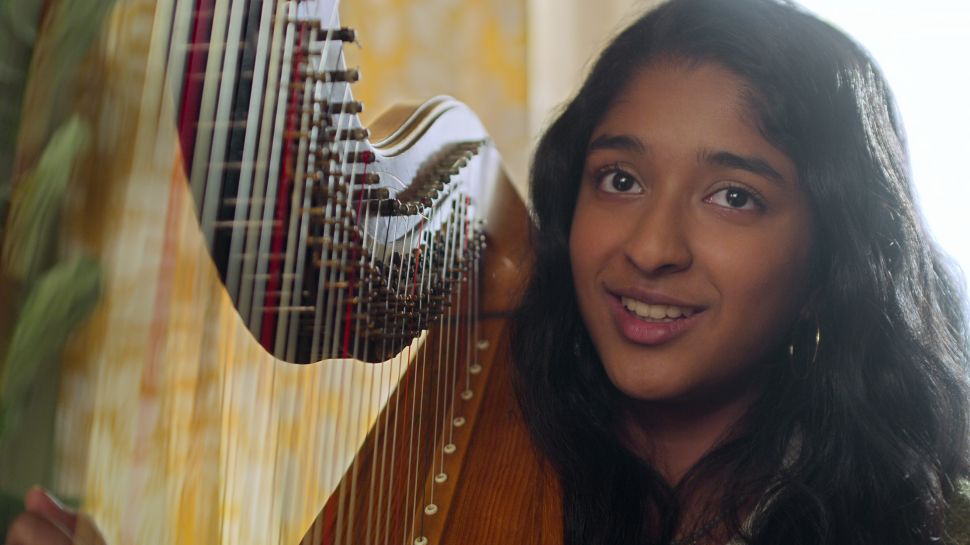