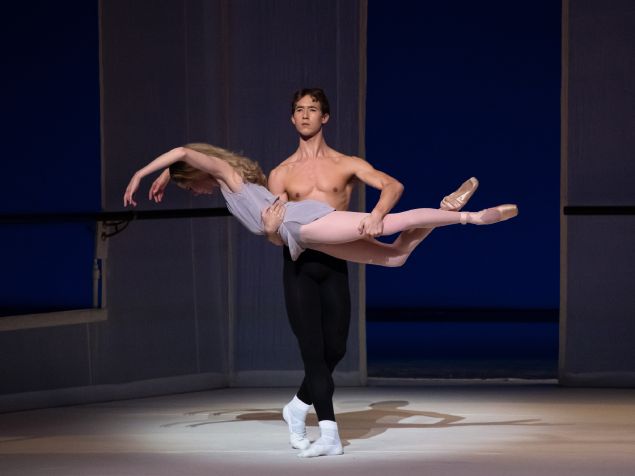 Last season, New York City Ballet corps de ballet dancer Emily Kikta watched every show of George Balanchine’s Allegro Brilliante from the wings while she warmed up for the next piece in the program. On April 21, she was finally able to see it from the vantage point of an audience member. A 2017 recording of the ballet streamed online as part of New York City Ballet’s new “digital season,” the company’s response to coronavirus closures, which takes the form of a twice-weekly program of performances, recorded from previous seasons at Lincoln Center, all available to be played from the safety of your home. NYCB is one of the few ballet companies able to keep their dancers out of unemployment for the time being, but being benched for the foreseeable future hasn’t been easy for movers like Kikta and her fellow company members. At least online access to these old performances, ones they normally would be dancing right about now, offers dancers and audiences alike a degree of comfort and nostalgia.

A ballet company’s spring season is often filled with a mixture of exciting choreographic premieres and iconic staples from the ballet lexicon. Dancers are recently out of their Nutcracker run and their brief presentation of winter productions, ready to do something, anything that doesn’t include sugarplums. And for fans of ballet, the New York City Ballet’s spring offerings is usually as close as one can get to a reliably perfect night of theater. And that includes milling about in the newly warm weather by the scenic Lincoln Center fountain, or enjoying a cocktail on the balcony between performances by the best and brightest of the dance world. In short, the spring season is usually the most fun of all the dance seasons.

SEE ALSO: Stream Dance Classes by the World’s Best Teachers From Home (Where No One Can See You)

It’s also usually carefully planned and announced over a year in advance. But, of course, this year is different from others. As you pull your seventh sourdough loaf out of the oven you may be wondering right about now if you’ll ever be able to go to a theater again. Ever sit shoulder to shoulder with someone popping losanges into their mouth to stifle a disruptive but harmless  cough while the orchestra warms up for act two. Maybe not for a while. But we’re all finding ways to adapt. And whatever the New York City Ballet artistic staff had planned for this season has been tossed out the window and a completely new, completely online season has been curated in a thoughtful effort to bring audiences just a glimmer of the experience of live theater. 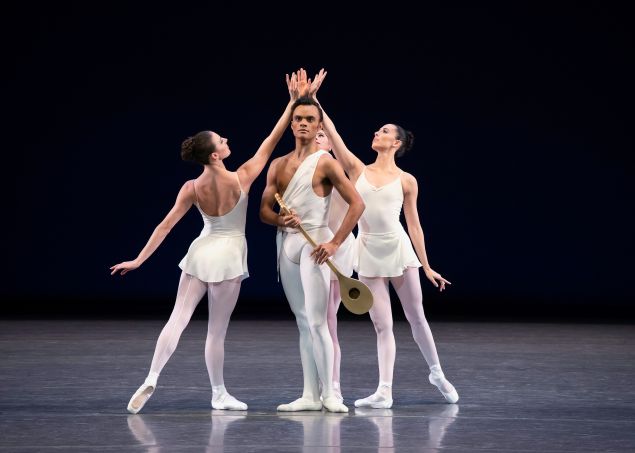 Lincoln Center closed its doors in March with the onset of the coronavirus pandemic, and NYCB announced their digital season on April 20. The season consists of a six week long program running through May 29, with new performances streaming six days a week on YouTube, Facebook and their website. So far they’ve shown Balanchine classics, like excerpts from Western Symphony and The Four Temperaments, Jerome Robbins’ Afternoon of a Faun and The Four Seasons, and some newer works, like Justin Peck’s Rotunda. While the digital season has not avoided the casualties of losing the pre-Covid season lineup—there was set to be highly anticipated premieres from Pam Tanowitz and rising choreographer Jamar Roberts, his first for the company—it’s overall a satisfying repertoire that feels like it was specifically tailored to console mourning audiences with well-known classics.

But while audience members watch the ballets from a different venue but ultimately same (if not better) vantage point—the NYCB digital season represents something different for the company’s dancers who are now stuck at home with limited space for their grand allegros. “For us it’s nice to have some normalcy of the performance. It’s nice to watch these shows and, for me, hearing the orchestra and the ritual of it, having that right now is kind of great,” Kikta says. It’s also a moment to reflect on what could have been. “I had a pretty fun season lined up with roles I would have been featured in, but roles I’m comfortable in and can have fun with.” Now, instead of dancing the role of Hipployta in A Midsummer Night’s Dream, Kikta is sticking to a regimented at-home exercise schedule, posting photos of her cat Lupin to Instagram, and making video content for the company with fellow dancer and fiancee Peter Walker, with whom she is quarantined.

The digital season has also offered dancers the rare opportunity to watch these ballets from the perspective of the audience, including watching performances of themselves dancing. For principal dancer Taylor Stanley, who danced the lead role in the digital performance of Balanchine’s Apollo on April 28, he says “having it be streamed a year later than it was performed, I was able to just enjoy watching it for what it was and enjoy it as a part of this moment: seeing it as something that’s available for anyone and everyone to watch regardless of where they are in the world.” With Justin Peck’s Rotunda, Stanley had previously watched every performance of it from the wings. “I developed a relationship with the piece, I watched it every time. Of course, it read differently streaming, but it brought me back to that place, being in the wings.”

It’s hard to say when City Ballet’s dancers will return to the stage, but for now they’re all finding ways to cope, along with the rest of us. So all together, six nights a week, dancers and audience members alike can go to YouTube and be reminded, if just for just a brief moment, of what it’s like to watch great art from a great company in a great theater.

Update: An earlier version of this article misstated that a premiere of new work by Justin Peck was set to be included in City Ballet’s spring season. It has been updated to reflect this change. 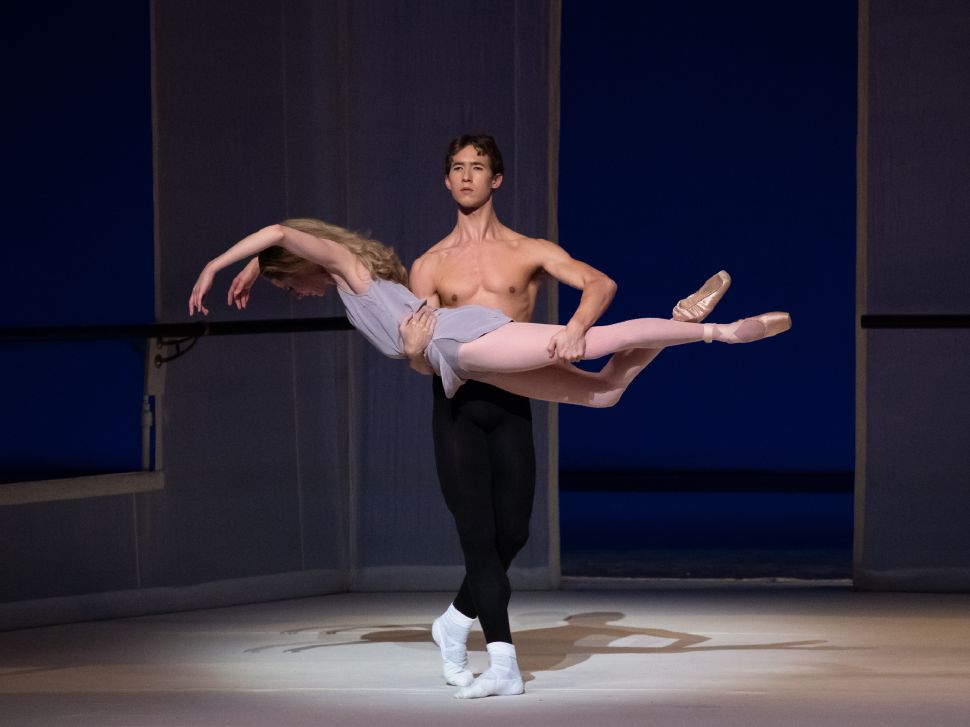