Due to the coronavirus, large group performances and concerts have essentially been rendered unsafe to conduct in-person for the foreseeable future. To tide everyone over, musicians of all stripes have been putting on wonderful live-streamed concerts and releasing new albums to keep listeners entertained, but this hasn’t replaced the experience of playing an instrument surrounded by other people doing the same thing. Fortunately, a relatively-new app called NomadPlay might help to fill this gap: developed by a French startup called Digital Music Solutions, NomadPlay enables its user to replace almost any musician or vocalist in a recording with their own playing, so that instrumentalists confined to their homes can replicate the experience of performing with an ensemble. In other words, it’s like a karaoke machine for musical instruments.

NomadPlay’s algorithm, which took over five years to develop, works by isolating different sources of sound in a collective recording so that certain instruments can be targeted and muted. For example, if you’re a cellist looking to practice your part in The Carnival of the Animals by Camille Saint-Saëns, you can use the app to pull up a recording of this piece, silence the contributions of the recorded cellist and practice your instrument while playing along with the rest of the fourteen-movement suite in full.

“I tested the application on a Ravel concerto,” Renaud Capuçon, a French classical violinist and a NomadPlay shareholder, told Observer this week. “All young instrumentalists play with records to feel like they have an orchestra behind them. It was like a child’s dream come true. I would have liked so much to be young with this new application, I would have spent hours searching, trying out new repertoires. It’s endless, especially since we’re going to add more.” Digital Music Solutions is offering free NomadPlay subscriptions to musicians through May 31, and as of right now, the app contains works by over 80 composers to choose from, as well as recordings from world renowned ensembles like the Orchestre National d’Île-de-France, the Strasbourg Philharmonic, and Les Talens Lyriques. 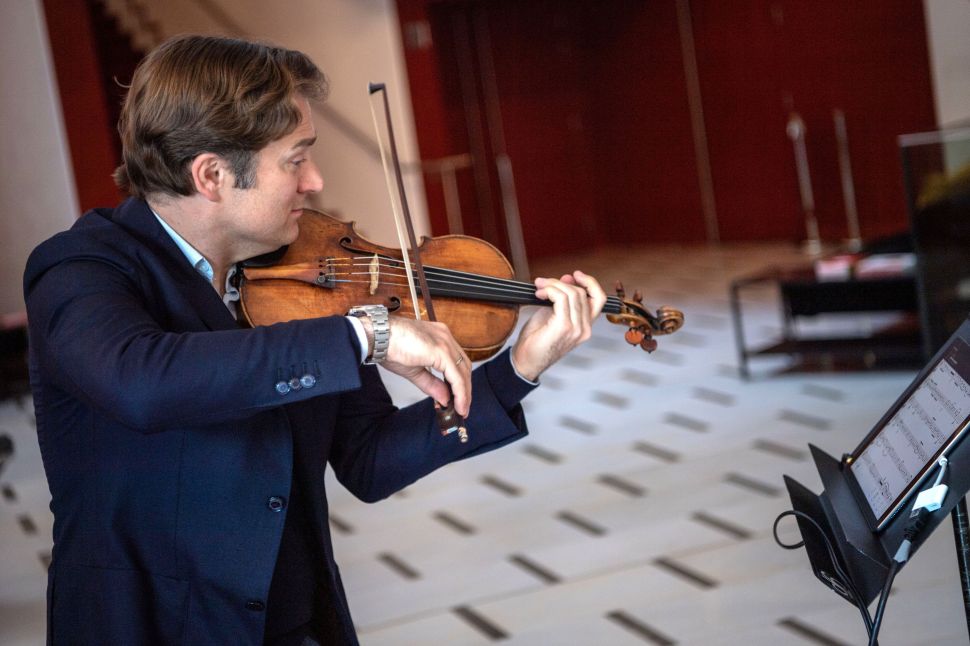