Many times, the author Sally Rooney has emphasized that her 2018 novel Normal People emerged from a desire to explore a very specific type of relationship linking two lovers. To explore this, she gives us Marianne, an outspoken high school loner whose intelligence is matched only by her appetite for harm, and Connell, a sensitive popular kid tortured by the mutability of his own persona. Within the context of Rooney’s novel, the characters themselves are almost incidental. Rather, it’s the words and actions that pass between them in which the author is most interested; the pliable mists of discourse and desire that grasp us and let us go intermittently and inelegantly.

This week, the televised adaptation of Normal People debuted on Hulu, where all 12 half-hour long episodes were made available at once. As a visual, audible conversion of a very specific literary goal, the show is tasked with addressing the immediate problem of making Marianne and Connell seem like real people, not just “normal” ones. The result, at first glance, looks very much like an intuitively cast and diligently choreographed romance—the (often very hot) sex scenes were shot with the instruction of a professional intimacy coordinator—between two sweet, alienated people who find solace, and even transcendence, in each other. But what Hulu’s Normal People actually proposes to its audience is quite separate from what it initially appears to be proposing, and its intentions also feel decidedly different from the novel’s. While the book seems to suggest that deep connection with another person can provide lasting comfort and meaning, the show’s stance feels much darker and nihilistic in its implication that relationships aren’t capable of mending permanent damage.

The key to understanding the onscreen narrative is the emphasis given to a scene that takes place in Episode 8, when Connell, Marianne and a smattering of their Trinity College friends take a trip to Italy. It’s a victory lap: the central characters have both just been awarded academic scholarships accompanied by financial aid. Marianne, who’s wealthy, is delighted by the intellectual affirmation. Connell, who’s poor, has an epiphany. “I feel like everything’s changed,” he tells Marianne. “All this, it’s real. You know, foreign cities are real. Famous artworks. Remnants of the Berlin Wall. Eating ice cream in little Italian piazzas with you.”

His realization, rather than sounding original, seems to crib shamelessly from one of the most famous works by Frank O’Hara, a reference that’s affirmed later on in the show when Connell gives Marianne a book of O’Hara poems for her birthday. While he speaks, Marianne laps casually at her gelato, considering. “It’s money though, isn’t it?” Connell concludes. “The substance that makes the world real.” “Yeah,” she agrees.

And then the show trudges on, easing these two people back into the perilous group dynamics and oppressively small apartments that have confined them since the first episode and will continue to do so. Marianne and Connell seem unaware they’ve verbalized the argument the show reinforces visually, thematically and even through music: an awareness of the circumstances that arbitrarily shape their lives doesn’t liberate them, and their love doesn’t change the fact that each will go through life confined within their irrevocably separate experiences, defined by their unequal backgrounds and emotional limitations.

Connell, newly financially secure, may “feel” everything is different and that he’s become aware of a different world, but in truth, the ceaseless repetitions of the capitalist “real” world only compound the likelihood that the revelations he seeks—of unique experiences and original thoughts—will never occur.

This palpable sense of enclosure within fixed circumstances is filtered through nearly every element of the series. It’s no accident that the first six episodes were directed by Lenny Abrahamson, an Irish director best known for his shattering 2015 film Room. In Room, Brie Larson plays a young woman who, after being abducted as a teenager, is locked for seven years in a miniscule shed and repeatedly raped by her kidnapper. The oppressive claustrophobia that defines the aesthetic of Room’s first half is a sensation that’s echoed, eerily, in Normal People’s establishing scenes.

As time goes on, against a backdrop of recognizable pop music that suggests inescapable conventionality, the two characters toggle between varying degrees of intimacy. The relationship logically ebbs and flows in tandem with the couple’s evolving tastes, curdling traumas and intellectual maturation, but rarely do you feel as though you’re watching people who derive pure joy from being together, aside from the times when things are going well for them in bed. With every word and gesture, the central pair instead convey the knowledge that they are doomed to be themselves, even (and especially) when they’re together.

Accompanied by the deadened sense of time passing unceremoniously, you observe Marianne and Connell’s shared years of conversations, travels, parties, fights and revelations ultimately crest to a climax that offers a diminished kind of hope: for now, they’ll separate amicably. But as filled with potential as they initially appear to be, the central characters of Hulu’s Normal People are ultimately crushed by the agonizing conditions that make “real” life, and what it does to you, impossible to escape. On the surface, the show might end by suggesting a brighter future, but that one glancing note of positivity can’t override the overwhelming feeling evoked by the series, which is that relationships don’t actually have the capacity to offer any kind of transcendence, at least not under the conditions of the world as it is. 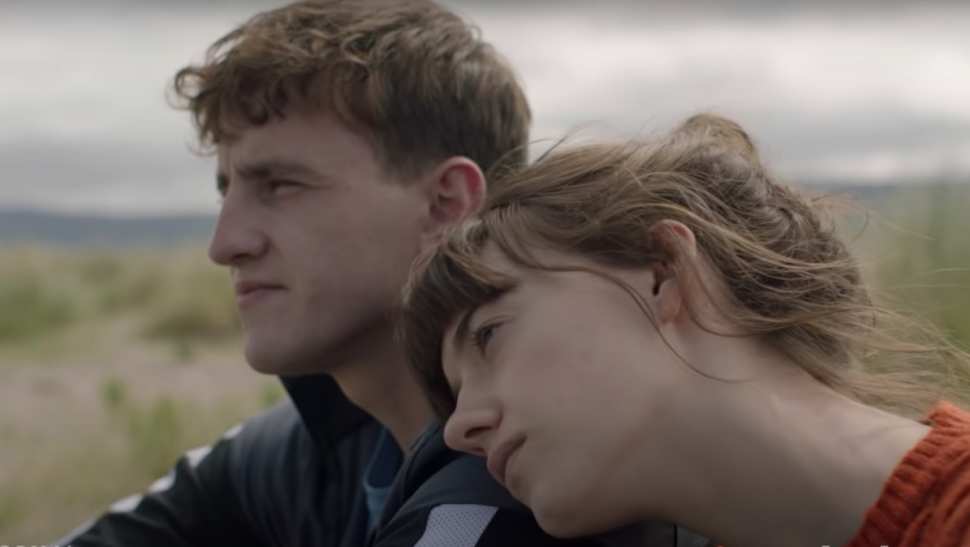