As the COVID-19 shutdown grinds on, countless questions about theater loom: When can venues reopen? Without a vaccine, will audiences gather in an enclosed space? Are shows canceled for the rest of 2020? But the most basic, existential query is the hardest to answer: Who will survive?

Organizations big and small—from the Broadway mega-landlord Shubert Organization to producers who lease 75-seat Off-Off Broadway black boxes—are hemorrhaging cash, no longer able to cover rent, mortgage or payroll. Which of them will call it quits? A partial answer came on May 6, when Shetler Studios & Theatres ​closed its doors permanently​ after 30 years. Later that day, the Secret Theatre in Queens folded after nearly 13 years. As the Secret’s artistic director Richard Mazda​ lamented in a public statement: “The plain truth is that the entire theater business is in such deep trouble now that I expect that we will be only one of many small theaters that will close.”

But Off-Off Broadway is mobilizing to save itself. On May 28 at 1:00 pm, the League of Independent Theater and its sister organization IndieSpace will hold a Small Venue Rent Forgiveness Town Hall to call upon elected officials to protect small arts organizations from being displaced.

SEE ALSO: ‘Frozen’ Isn’t the Only Broadway Show Permanently Canceled Due to COVID-19

The alarm is justified. Barring a massive second outbreak and stock market crash, one imagines the 41 Broadway houses now hibernating will eventually wake up, one by one, and the Great White Way will shine again. As for Off Broadway—scores of great, nonprofit institutions such as the Public, the Vineyard, Second Stage, the Signature, New York Theater Workshop—we’ll see if furloughs, Payroll Protection Program (PPP) loans and the largesse of foundations and private donors keep them solvent until it’s time to emerge.

But who’s saving Off-Off Broadway? That’s the scrappy, sprawling confederation of venues with 99 seats or fewer and the hundreds of groups that rent them for limited runs. The League of Independent Theater lists approximately 138 New York City operating venues, plus more than 40 non-traditional spaces (such as galleries or bars). The Indie Theater Fund has 546 member companies. These outfits, with shoestring budgets and loyal, niche audiences, are the most vulnerable in the current crisis. It’s horrible enough to contemplate, say, the incomparable Soho Rep going belly up, but what if three-quarters of Off-Off disappears? The loss of this incubator for emerging stage talent would be devastating.

After Shetler and Secret fell, I wanted to check the health of some of the city’s most vibrant Off-Off spaces. What emerged were unique but related stories of real estate and relationships, financial planning and month-to-month improvising, and protecting a home even if you can’t invite anyone over to play.

Located on the first floor at 312 West 36th Street, The Tank is two spaces—a 50- to 60-seat three-quarter black box, and a roomier 98-seat mainstage. Before COVID-19 hit, artistic director Meghan Finn had been overseeing about 80 performances a month: comedy, improv, puppet theater, experimental work, even musicals (the last show I saw before quarantine was there: Greg Kotis’s anticorporate road-trip musical, I Am Nobody). “We canceled performances through the end of June,” Finn says. “That was 273 performances by 90 different artists and companies. And that continues on for every week we’re closed past June.”

More than a lot of Off-Off venues, The Tank relies on box office to keep going, hence the high volume. With a monthly rent and maintenance of $18K, Finn has had to rely on a good rapport with the building’s owner while waiting for rent forgiveness legislation to pass in Albany. The Tank has not paid rent for the past two months, but the landlord has been cooperative. “In a sense, he’s in as difficult a boat as we are,” Finn notes. “It’s just the bottom of the food chain. If there’s no rent relief for us and there’s no mortgage relief for him, there’s no relief.”

Like other theaters, the Tank maintains a lively online presence. Every Tuesday, it hosts CyberTank, a virtual variety show. “The thing about the Tank is we don’t just do theater,” Finn points out. “There’s poets, musicians, puppeteers, comedians. They’re pretty adept at creating and accessing online content.” Still, Finn admits that CyberTank is far from being a reliable revenue generator. “We are working really hard to figure out how we’re going to continue to fulfill our mission,” she says. “Fortunately, we have support from the Howard Gilman Foundation, the Mellon Foundation, the Henson Foundation. But there needs to be some relief.”

Unlike The Tank, the 27-year-old arts center HERE (145 Sixth Avenue) owns its two-theater space. Yet its bills—mortgage payments, occupancy charges, utilities—also add up to approximately $18K a month. And while founding artistic director Kristin Marting is not sweating eviction, every day’s a fight. “Frankly, I feel the most stressed and worn down I’ve ever felt in my career,” Marting says. “I feel so much pressure in terms of keeping my 16 staff members employed, keeping our artists paid, keeping the business afloat.”

HERE’s online programming (including an original Zoom opera by Kamala Sankaram and Rob Handel) have been partly underwritten by an emergency grant from the New York City Community Trust. So artists are seeing some money. Marting says that HERE has kept up with mortgage payments and hasn’t been forced to lay off anyone, due to a PPP loan. The federal cash infusion provides eight weeks of support, 75 percent of it for payroll and up to 25 percent to operational costs. The loan is forgiven if the organization meets (evolving) criteria, which Marting must watch like a hawk. Beyond that, the director says that HERE plans to negotiate further mortgage payments with Citibank.

When not drawing and re-drawing budgets, Marting has been thinking big in terms of HERE’s artistic future. It helps that she has spent decades exploring multimedia, site-specific staging and audience role-play. Because she understands: No matter how hardcore your audience, it’s unlikely that 90 people will gather in a room to watch a dance-theater piece. Marting mused on creating socially distanced outdoor events or indoor installation shows, with five or ten audience members promenading through the building, or hyperlocal performances for people who can’t travel downtown. Perhaps audience members could download audio guides, which direct them in a scavenger hunt. “That’s a really big obstacle,” Marting observes. “How do you make people feel comfortable gathering again?”

“One of the things that may help us survive,” says Theresa Buchheister, “is that we have the lowest paid staff in the entire art scene of New York.” The newly crowned artistic director of the Brick Theater (she took over in December) admitted that rock-bottom pay was a situation she had been trying to improve. Founded by actor-writer Robert Honeywell and writer-director Michael Gardner 2002 in a brick-lined former garage at 579 Metropolitan Avenue, the Brick has been a mainstay in the burgeoning Brooklyn theater scene. Buchheister was poised to open the space to a new generation—and a new period of growth—when COVID-19 froze everything.

The Brick paid full rent for April and half-rent for May, and plans on half-rent for June. “But honestly, if we have to keep paying rent, then I’m scared,” Buchheister says. Gardner and Honeywell, she explains, have a good relationship with the landlord, but a long-term agreement needs to be worked out. Without rent forgiveness or major federal support, and if audiences don’t return until next year, she says the outlook is “potentially apocalyptic.”

Where will the money come from? Large institutions can turn to their boards, staffed with millionaires, and ask for emergency donations. The Brick, as with the majority of Off-Off spaces, doesn’t have a sugar daddy. There’s fundraising, but Buchheister has a complicated relationship to crowdsourcing at the present moment—especially if it means asking the community to support the Brick. She refers to a recent Dance Magazine article by director-choreographer Raja Feather Kelly critical of institutions asking for donations when they should be helping artists. With so many unemployed or dealing with disease and death, how can she pass the hat around? “We’re not fundraising in that way,” Buchheister says, “because it just feels, to me, morally fucked up.”

No one is breezing through the crisis, but the leaders of the Bushwick Starr sound a measured, confident tone. “We feel very lucky because we’re in a pretty good position under the circumstances,” says Noel Allain, the Starr’s co-founder and artistic director. “We don’t have any rentals and the box office is a pretty small amount of our income. I feel like we’ll be able to weather this and not have to lay people off.” The Starr employs 10 full-time and four part-time staffers. “Another fortunate thing for us is the timing,” adds Sue Kessler, co-founder and creative director. “Our fiscal year ends June 30, so the season was essentially coming to a close and a lot of our funding was already in place when this happened.” Since the Starr already had rent budgeted in, they don’t expect awkward conversations with landlords.

More than most Off-Off companies, the Starr offers a number of educational and community programs, events tailored for diverse groups: schoolkids to senior citizens. “All our classes and workshops are running online right now,” Allain is glad to report. On May 29, the Starr will broadcast Big Green Theater: The Movie, the culmination of their 10-year-old eco-playwriting program for Bushwick and Ridgewood public elementary students. “They’re funded through different city grants,” Allain explains. “If that gets cut, all of that will come screeching to a halt. So that’s worrisome for us. The end of this fiscal year is more or less sorted out.”

The future’s a mystery for everyone, but at least the Starr stands on stable ground, thanks to foundation and state support. “It’s a matter of looking at next year,” Kessler says, “how long this will go on and what will change in terms of fundraising, foundations, government and all that. For once we feel really lucky that we are a small theater. We’re a 70-seat house, which we bemoan in normal times, but right now it’s a real advantage.” It also gives the Starr the freedom to ask what large institutions seem to have forgotten: What do artists need? “We are totally artist-facing,” Kessler says, “it’s in our bones to react in the same way to this moment: What could we do to help? What do our artists want to be doing during this time and how can we support that?”

Americans for the Arts has estimated that the financial losses from the COVID-19 crisis for the arts and cultural sector will be about $5.5 billion. The estimated median per-organization impact was estimated, two weeks ago, to be $38K. Every week, that number rises. As Broadway fans pray for reopening, or we watch the fate of regional giants such as the Kennedy Center in Washington, D.C., Chicago’s Goodman Theatre, or the Los Angeles Theatre Center, it’s important to remember that the smallest outfits have the most direct link to artists. Often they’re run by artists, and give emerging talent its first opportunity. If that layer of cultural growth is wiped out, the whole ecosystem suffers. 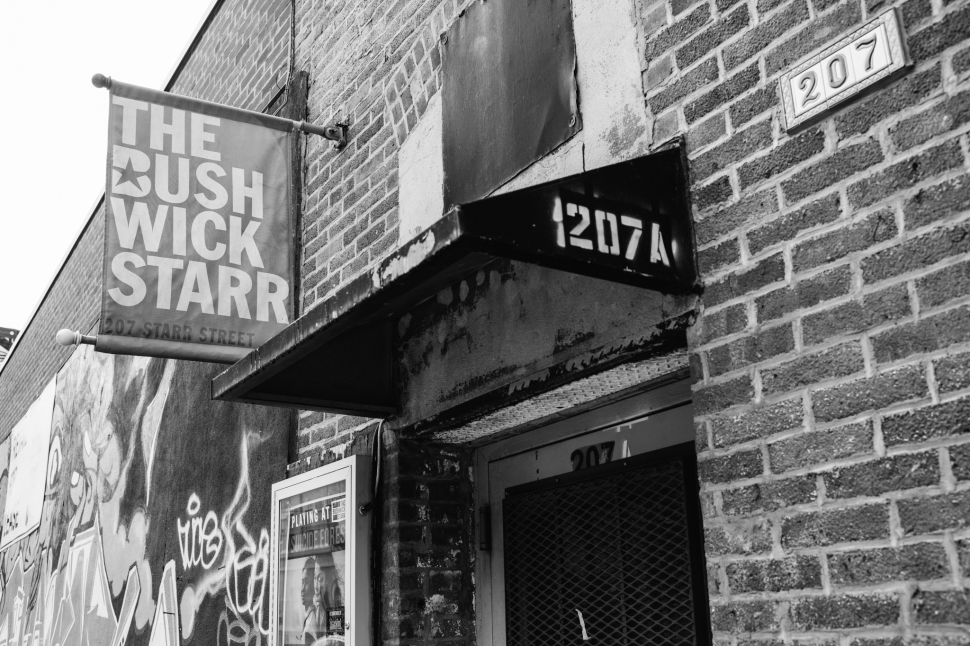