Like many other creatives, Olafur Eliasson, the Danish-Icelandic artist well known to New Yorkers for the East River waterfalls he installed in the city a number of years ago, has been keeping busy while social distancing by coming up with an innovative new project. Many other artists have already made inroads with Augmented Reality technology, but this is Eliasson’s first major effort: The Wunderkammer Project, an experience that’s accessible through the Acute Art app which allows you to project realistic-looking visuals of animals, objects and weather phenomenons into your home. Fittingly, the name Wunderkammer comes from a word in German meaning “cabinets of curiosities.”

My new imaginary friend stopped by my studio to rest in the #oeWUNDERKAMMER I am presenting online in a few days. @acuteart_ #rarebird #OlafurxAcute

Making the outside world feel immediate and accessible is a natural fit for Eliasson, who often interpolates flora and fauna into his studio creations. One of the most iconic examples is his 1994 piece Moss Wall, which amounts to an enormous panel of subtly hued lichen. Therefore, the Wunderkammer project feels exactly like something Eliasson would delightedly use himself. “You can put a rainbow over your sofa or bed,” Eliasson recently explained to the Art Newspaper while also adding that more objects will be added to the app over the forthcoming weeks.

Additionally, some of the animal figures that can be played with in the app are reactive to the user’s physical presence: if you come too close to the puffin character, for example, he might shuffle away. Perhaps someone told the puffin about social distancing measures, and he’s exercising extreme caution? “There’s a bit of interactivity that you can play around with,” Eliasson continued in his explanation of the app. “Being in a lock-down can be quite stressing and this could be a way to find the miracles within the apartment where you are.” 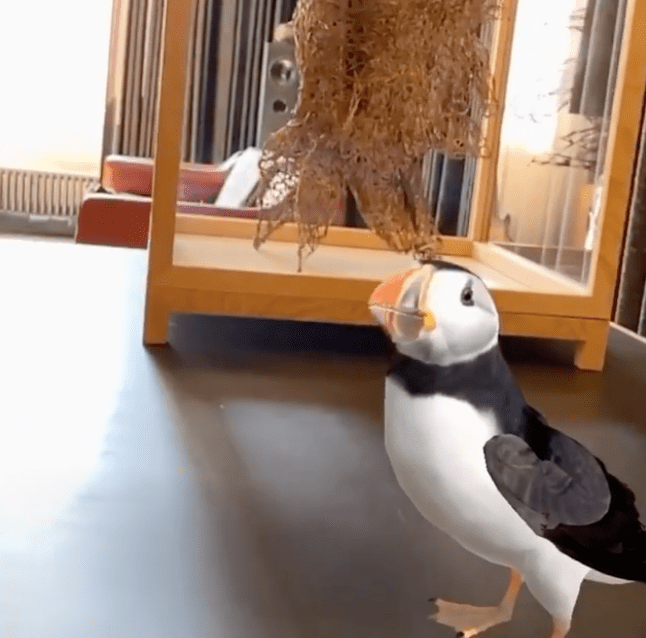