Forty minutes into On the Record, Amy Ziering and Kirby Dick’s wrenching new documentary examining sexual assault allegations against rap mogul Russell Simmons, the filmmakers roll tape of Anita Hill addressing the Senate in 1991. Hill is leveling accusations against a different powerful figure⁠, describing, in graphic detail, how Supreme Court nominee Clarence Thomas harassed her a decade prior. But it’s a scene that clearly stuck with Drew Dixon, this film’s primary subject, who alleges that Simmons raped her in his apartment in 1995 when she was working for him as an A&R executive at Def Jam, the label he co-founded.

“That’s one thing about being a victim of sexual abuse—the words are on your mouth,” Dixon says on camera, referring to Hill’s testimony as well as her own lived experience. “You’re the one that has to disgust the world by telling them what happened to you. So you, then, become associated with this vile, vile act.”

This painful insight hangs over the entirety of On the Record, the rare #MeToo documentary that grapples frankly with its accusers’ uncertainty about coming forward. It’s the latest film from Ziering and Dick, whose previous documentaries have tackled sexual violence in the military and on college campuses, and it arrived on HBO Max this week following a dramatic rollout at Sundance after executive producer Oprah Winfrey abruptly withdrew from the film. The result is a brutal and haunting meditation on violence and power in the music industry—and whose careers have been derailed in the aftermath.

That last point proves crucial, as we learn Dixon was once an ambitious and skilled talent scout who, at 24, executive-produced the platinum-selling soundtrack for The Show. After the alleged rape, she quit, unable to face her attacker. (She later landed at Arista Records, but that gig went sour after she claims to have resisted harassment from Arista president L.A. Reid.) Another accuser, an ex-model named Sil Lai Abrams who says she was raped by Simmons in 1994, reveals that she left fashion afterwards. “It caverned me,” she says. (Simmons denied all allegations of violence in a written statement. Facing allegations from more than a dozen women, he has since stepped down from his businesses and moved to Bali.)

Plenty of #MeToo reporting focuses overwhelmingly on the lurid details of the actual assault, but the film does a powerful job of zooming out and revealing the long-lingering human cost of the trauma. Its central questions remain unanswerable: How many other Black women have been pushed out of the industry by abusive men? How much poorer is the culture from their absence? And how many victims never went public at all?

For years, Dixon remained silent. She didn’t want to be Anita Hill. She didn’t want those ugly words on her lips. Besides, she explains, “Russell Simmons was the king of hip-hop. I didn’t want to let the culture down. I loved the culture.” There was also the racial dynamic, and the ugly stereotype of the sexually violent Black male that could be invoked by such charges. When the #MeToo movement arrived, she suspected it spoke only for white women. In late 2017, she finally went public, describing her story in a New York Times exposé on Simmons.

The documentary is unusual because it captures Dixon’s fear and ambivalence before she decides to go on the record. (By definition, most #MeToo accounts only exist in the public realm because the survivor has already chosen to speak out.) We get intimate glimpses of tense phone calls with Times reporters, moments when she flinches in fear that the voice on the other line could be Simmons himself. It’s the kind of footage that ought to be shown to anyone who insists that women fabricate rape charges for attention.

The film’s engrossing power largely hinges on emotional interviews with several of Simmons’ accusers. (At times, you wish other accusers, such as rapper Sherri Hines and actress Jenny Lumet, got more screen time, though Dixon’s story is captivating enough that it’s clear why she became the focus.) There’s some light reenactment footage and a compelling video montage of golden-age hip-hop misogyny to contextualize the culture in which Simmons was untouchable. Interviews with academics like Kimberlé Crenshaw help place the allegations in social context, though occasionally distract from the film’s central narrative.

On the Record was largely filmed in late 2017 and early 2018, during the feverish height of the #MeToo movement, when it seemed as though every day a different celebrity was made to reckon with abusive behavior from his past. Back then, it felt like a revolution. The two filmmakers went to New York and just started filming interviews “with women in many, many different industries,” they told Rolling Stone, not knowing what they would find or whose story would become the basis for a new documentary.

The resulting film is being released two-and-a-half years later, at a far more sobering moment. On the Record benefits from this long view: Dixon is able to reflect on the ripple effect that coming forward had on her entire life. We learn that in the aftermath of the New York Times story, she found herself processing her trauma for the first time and even asked her husband for a divorce, wanting to get to know herself better. It wasn’t merely a matter of letting the world in on her secret; she was transformed, she says. “It was literally like pressing play on a movie that I’d paused 22 years ago, in the middle of the scariest scene.”

The viewer also benefits from the perspective that time affords on #MeToo. In 2020, we can recognize the movement’s achievements, but also its limitations: We know that Harvey Weinstein is in prison, and we also know that Brett Kavanaugh is on the Supreme Court for life. There was a cultural reckoning, and still there is an alleged rapist in the White House. Few revolutions proceed seamlessly.

Watching On the Record in spring 2020, it’s hard not to think of another accuser, Tara Reade, the woman who came forward in March with serious allegations against Joe Biden and whose character and timing has been aggressively scrutinized. The film doesn’t mention Reade, but does feel applicable to a necessary understanding of the ambivalence victims often feel about making their private trauma public.

Was it still worth it? The film’s main subject suggests that truth can be healing; she even finds an unlikely sisterhood among Simmons’ other alleged victims. “I had no idea how much this one night of my life shattered me,” Dixon says onscreen. “I would have been shattered forever if this #MeToo moment hadn’t happened.”

On the Record is available to stream on HBO Max. 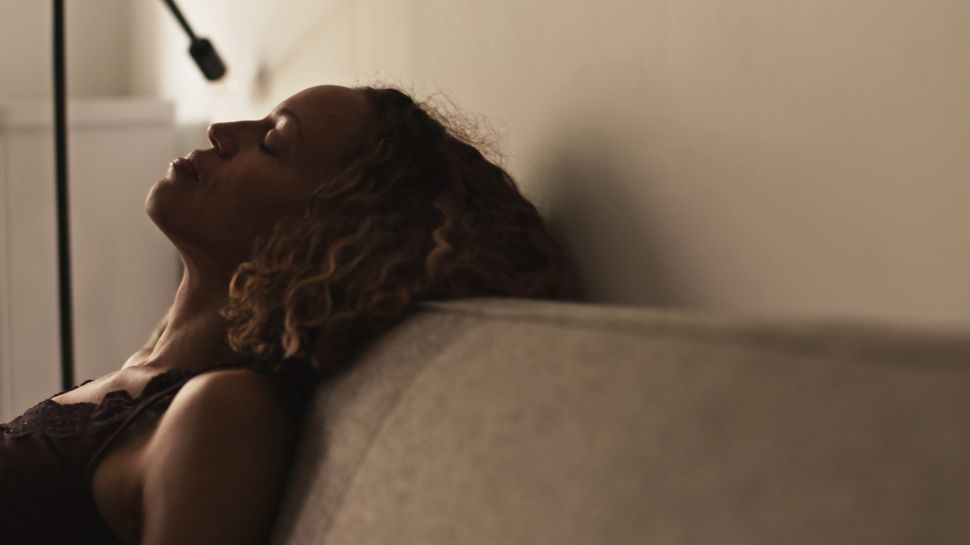