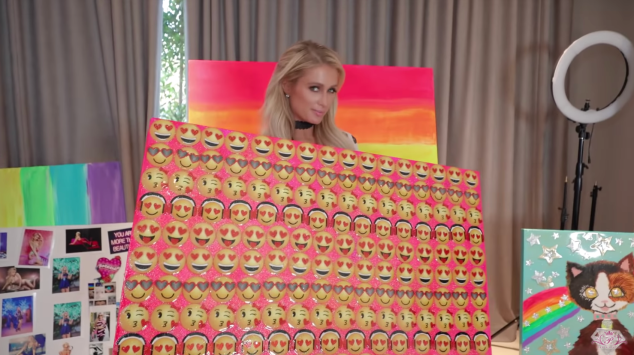 Paris Hilton shows off the collage artwork she made of “all the emojis.” Paris Hilton / YouTube

While social distancing, many of us have begun spending time on hobbies that we didn’t previously have the energy or motivation for. For some people, that means immersion in video games or learning how to bake elaborate pastries. For others, like iconic socialite and entrepreneur Paris Hilton, a global pandemic has given her the opportunity to sink her time into her art-making, as evidenced by the house tour she uploaded to her YouTube channel this week. Also, it has to be said that if you’re surprised that Paris Hilton makes art in her spare time, you haven’t been paying attention to her career: what was The Simple Life if not long-form performance art?

In the video, Hilton opens the door to her “art room,” which is filled with half-completed paintings, collages and materials. From a cursory glance, it appears as though Hilton favors bright, rainbow-like hues and a mid-aughts aesthetic that factors perfectly into her pink-hued, Beverly Hills-calibrated public image. One artwork spells out “Stars Are Blind,” the name of a pop song from Hilton’s short but impactful singing career, with silver lettering. Another dizzying neon piece is described by Hilton as an “amazing collage of all my favorite skulls,” and she notes that one of her favorites is a collage she made of “all the emojis.” “It’s such a mood,” she adds. 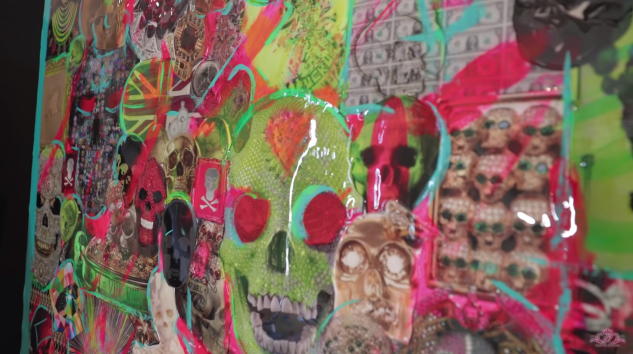 A close-up of Hilton’s collage of her ‘favorite skulls.’ Paris Hilton / YouTube

“This is my art room,” Hilton explains in the video. “I know it’s a complete disaster, I’ve been spending a lot of time in here. I’ve literally been going crazy just like, cutting things out. I’ve bought like, every single magazine, I’ve been painting a lot.” Even if her artwork isn’t to your taste, you have to admit that Hilton certainly has a clear vision and a strong aesthetic: it’s basically Lisa Frank meets Alexander McQueen meets iMessage. 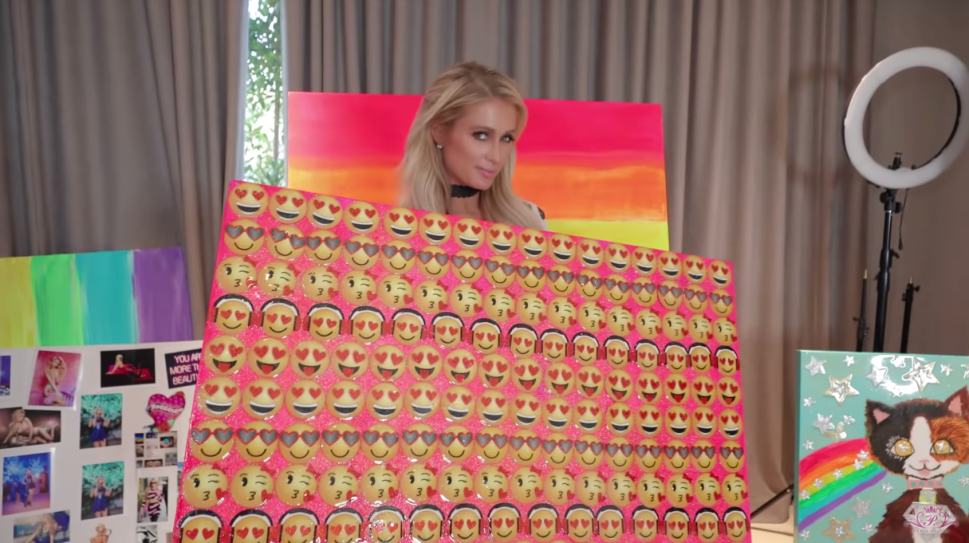