The Duke and Duchess of Sussex are still settling into their new home in Los Angeles, where they relocated in March from Vancouver Island, after stepping back from their official royal roles. Prince Harry and Meghan Markle are now living at Tyler Perry’s sprawling Beverly Hills compound, where they’ve recently added extra privacy features and celebrated both their son Archie’s first birthday and their second wedding anniversary.

While it was rumored that Prince Harry and Meghan were introduced to Tyler Perry by Oprah, who was thought to have helped arrange the Sussexes’ current living arrangement at Perry’s mansion in the exclusive Beverly Ridge Estates enclave, Gayle King denied that her best friend is the one who set that up.

SEE ALSO: Prince Harry and Meghan Surprised Each Other With the Sweetest Anniversary Gifts

The journalist, a Sussex pal who attended Meghan’s lavish baby shower at the Mark last year, told Entertainment Tonight that “Oprah didn’t hook that up. Harry and Meghan know people. Tyler knows people. Oprah knows people but she did not make that connection for Harry and Meghan to live in Tyler’s house.”

Even though we now know that Oprah isn’t the one who directly connected the Sussexes with Perry, she’s still helping out Prince Harry and Meghan with their transition to Los Angeles, and she gave Archie a special birthday present.

On Archie’s birthday, Prince Harry and Meghan released a video of Meghan reading her son a story from the book Duck! Rabbit? that happened to have a personalized stick that read, “Archie’s Book Club.” Oprah, who attended the Sussexes’ wedding two years ago, confirmed she gifted the littlest Sussex the book; she sent over a collection of books shortly after he was born last year.

King was also in the U.K. for the Sussex wedding, which she was covering, and she told Entertainment Tonight she thinks the Sussexes are still living a fairy tale. “They’ve got a little baby, Archie, they’re living in the United States, and I think the fairy tale continues for them, and it just makes me happy,” she said. 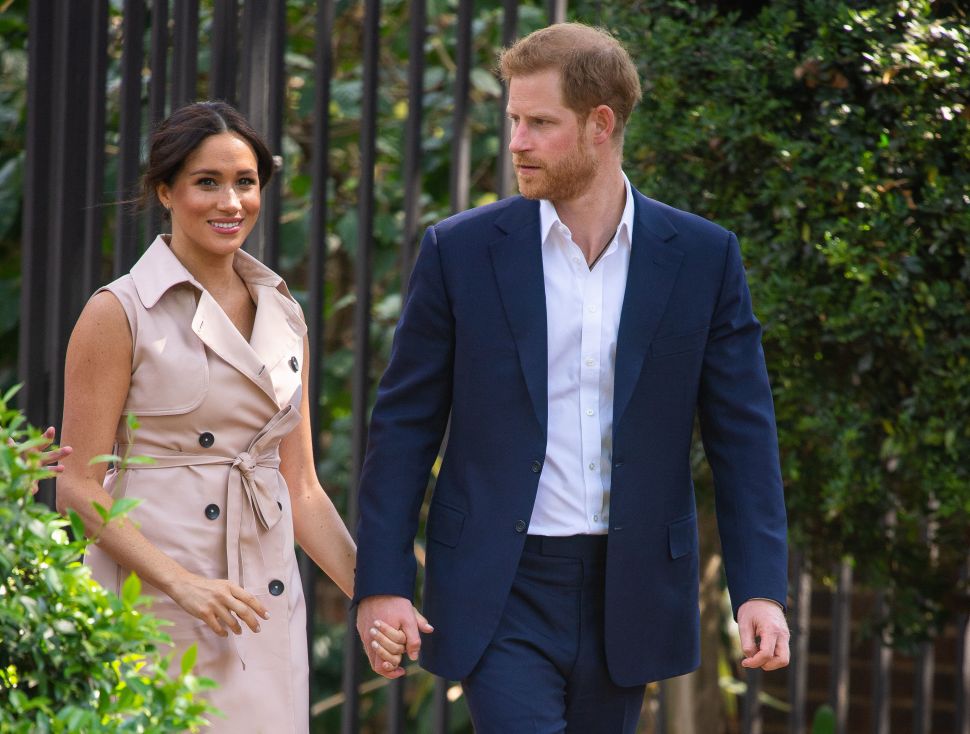