The Duke and Duchess of Sussex are already making new friends in Los Angeles. Prince Harry and Meghan Markle made the move to California in March, after spending several months in Vancouver Island while they began their transition out of their official royal roles. They’re now living in Tyler Perry’s palatial Beverly Hills mansion, but haven’t been getting out too much due to the coronavirus pandemic. Instead, they’ve been staying at home with Archie and focusing on family time.

Even though they haven’t been able to plan any kind of a housewarming party just yet, they are getting to know their Beverly Hills neighbors, including fellow British transplant, Adele.

SEE ALSO: Prince Harry and Meghan Might Have to Cancel Their Family Trip to Balmoral

Adele lives a mere five minutes away from the Sussexes in Beverly Hills, and according to the Mirror, she’s been giving Prince Harry and Meghan lots of advice and tips as they adjust to their new home, including her favorite Los Angeles recommendations for spots to avoid paparazzi. She’s even reportedly helping the Sussexes with school recs for Archie, as her four-year-old is enrolled in preschool in the area.

Prince Harry and Meghan first became friendly with Adele when all three were visiting a community kitchen for Grenfell Tower victims in December 2018. “All three of them get on so well,” a source told the Mirror. “Meghan admires how Adele has managed to keep out of the spotlight despite being a huge star.” Prince Harry and Meghan have been doing their best to stay under the radar in Los Angeles, and protect their privacy at home—they’ve even added new privacy screens to increase the security at Perry’s compound.

Adele has been helping the Sussexes get to know their new neighborhood, as even though Meghan is from Los Angeles, she’s never lived in this specific area. Adele actually owns two houses in Beverly Hills; she purchased one for $9.5 million in 2016, and then last year, she doled out $10.65 million for another home right across the street.

Prince Harry and Meghan aren’t permanent Beverly Hills residents just yet; they’re staying in Perry’s home temporarily, and are considering houses all over the westside of Los Angeles, including properties not just in Beverly Hills, but also in Brentwood and Bel Air. Now that they’ve made a new pal in this ritzy neighborhood, perhaps this particular enclave is gaining a few bonus points. 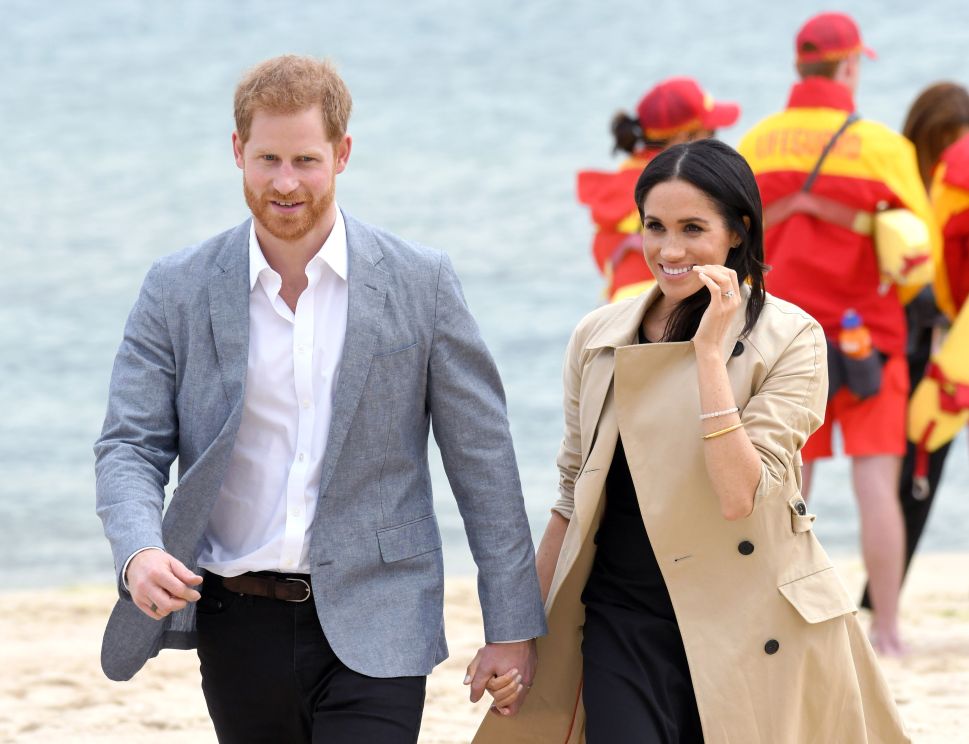