The Duke and Duchess of Sussex moved to Los Angeles full-time less than three months ago, but they’re already dealing with serious security issues.

Prince Harry and Meghan Markle are worried about their family’s safety after a number of incidents involving drones at their temporary Beverly Hills home, reports the Daily Beast.

The Sussexes have been staying at Tyler Perry’s Los Angeles residence ever since they relocated to California from Canada in March. There have been at least five drone-related incidents at the mansion so far this month, all of which they’ve reported to the authorities, in which paparazzi photographers have reportedly flown drones as low as 20 feet above the property in order to snap photos of Prince Harry, Meghan and their one-year-old son, Archie. There was a recent drone incident on Memorial Day, when they were outside with Archie at their pool. There have also been photos and videos published depicting the couple with their dogs outside at their home.

Prince Harry and Meghan are reportedly especially concerned because of the “repeated racist abuse and trolling” the Duchess of Sussex has received, and see the drones as “potential terrorist threats.” A Sussex pal told the Daily Beast that the couple feels “violated” by media efforts to discover their whereabouts.

A source told the outlet that the Sussexes have faced “unimaginable” press intrusion at the home, and that despite reports to the contrary, Prince Charles is not paying for their security. When they hire a private security team, they’ll personally be paying the costs.

This isn’t the first time Prince Harry and Meghan have been forced to deal with serious privacy invasion and security issues. Last year, the Duke and Duchess of Sussex won a lawsuit against Splash News after the paparazzi news agency hired an aircraft to snap photos and videos of their home in the Cotswolds, which were subsequently published. They also had an issue with drones at Frogmore Cottage, after a man tried to fly a drone over the Windsor abode in order to take photographs inside the home, which resulted in a royal drone ban.

The Sussexes have attempted to implement additional privacy measures at the Beverly Hills home, including erecting screens so that nearby passersby can’t peek into the property. After these drone incidents, it seems likely they’ll add more intense security and privacy systems. 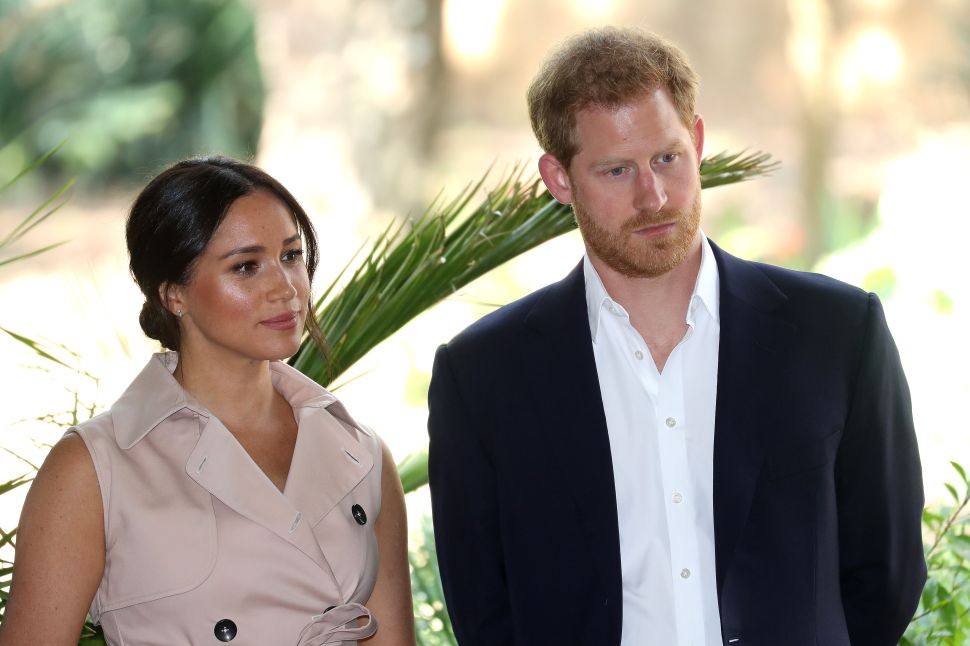