The Duke and Duchess of Sussex celebrated their second wedding anniversary on May 19, with a quiet day at their new home in Beverly Hills with their son, Archie.

Prince Harry and Meghan Markle, who are following social distancing and quarantine recommendations in Los Angeles, took the day off from any kind of work, so they didn’t have any meetings, calls or Zooms, and instead enjoyed family time. Just because they’re under lockdown and wanted to keep it low-key doesn’t mean that that wasn’t a celebration, though, as Prince Harry and Meghan exchanged super romantic gifts.

Meghan designed a special card for her husband, according to Us Weekly, and wrote a “beautiful, sentimental message inside expressing her love for him.” The Duchess of Sussex is a talented calligrapher; when she was just getting started as an actress years ago, she worked part-time as a calligrapher, and she’s retained those skills—her handwriting is impeccable, as we’ve seen a few time over the years, so surely this card for Prince Harry is a true work of art.

The Duke of Sussex also surprised his wife with thoughtful presents, including a “huge” bouquet of roses (perhaps he added in her favorite peonies, too), as well as a ring. Prince Harry also gave Meghan a ring for their first anniversary; he secretly worked with famed jeweler Lorraine Schwartz on a ring that is fitted with birthstones for Prince Harry, Meghan and Archie.

Prince Harry and Meghan have had an eventful two years since they tied the knot at St. George’s Chapel. They moved to Frogmore Cottage, welcomed Archie into the world and then earlier this year, stepped down from their royal roles, and relocated from the U.K. to North America, where they’ve now settled down in Los Angeles. They’re currently living in Tyler Perry’s sprawling Beverly Hills mansion, but they’re still on the hunt for their own permanent home on the West Coast. 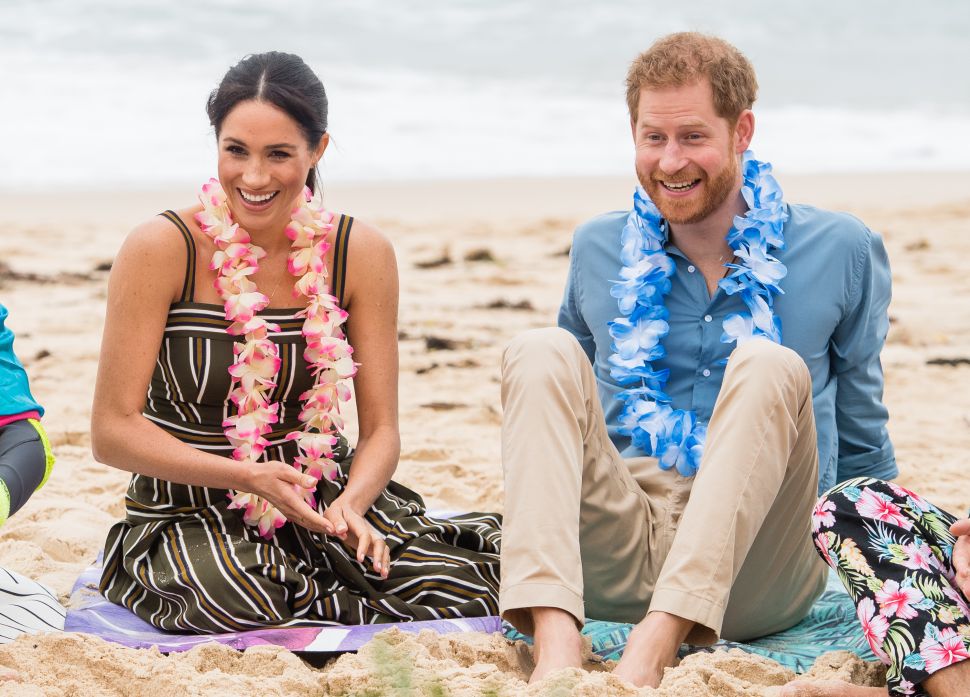