SpaceX was expected to fly two NASA astronauts, Doug Hurley and Bob Behnken, to the International Space Station today in the company’s first ever crewed mission from the Kennedy Space Center in Orlando, Fla.

However, the hotly anticipated launch turned out to be just another rehearsal on the launch pad. The scheduled liftoff at 4:33 p.m. EDT on Wednesday was aborted at the last minute due to unfavorable weather in Orlando.

NASA said it was “standard procedure,” rather than an unexpected emergency, to scrub the launch as the weather in Florida is notoriously sporadic around this time of the year. “Due to orbital mechanics, we need to make sure that at the time we launch, we are able to reach the [ISS] on time and accurately. Because of this, we could not wait for clear weather today,” NASA explained in a tweet on Wednesday. If everything goes well, it will take about 20 hours for the astronauts to arrive at the ISS.

The launch is now postponed to Saturday, May 30 at 3:22 p.m. EDT. Space fans can tune in on NASA’s online TV or SpaceX website Saturday morning to watch the live coverage of the second attempt.

Today's #LaunchAmerica attempt was an instantaneous launch window. Due to orbital mechanics, we need to make sure that at the time we launch, we are able to reach the @Space_Station on time and accurately. Because of this, we could not wait for clear weather today. pic.twitter.com/t5uykgL2Fp

The mission, officially known as Demo-2, will be the first time NASA sends astronauts to the ISS since the agency suspended the space shuttle program in 2011. It’s also the final test flight of SpaceX’s Crew Dragon spacecraft before it can be certified for use in NASA’s future ISS missions.

In the event that Saturday’s attempt fails, too, NASA has two more backup dates planned for May 31 and June 1.

Standing down from launch today due to unfavorable weather in the flight path. Our next launch opportunity is Saturday, May 30 at 3:22 p.m. EDT, or 19:22 UTC 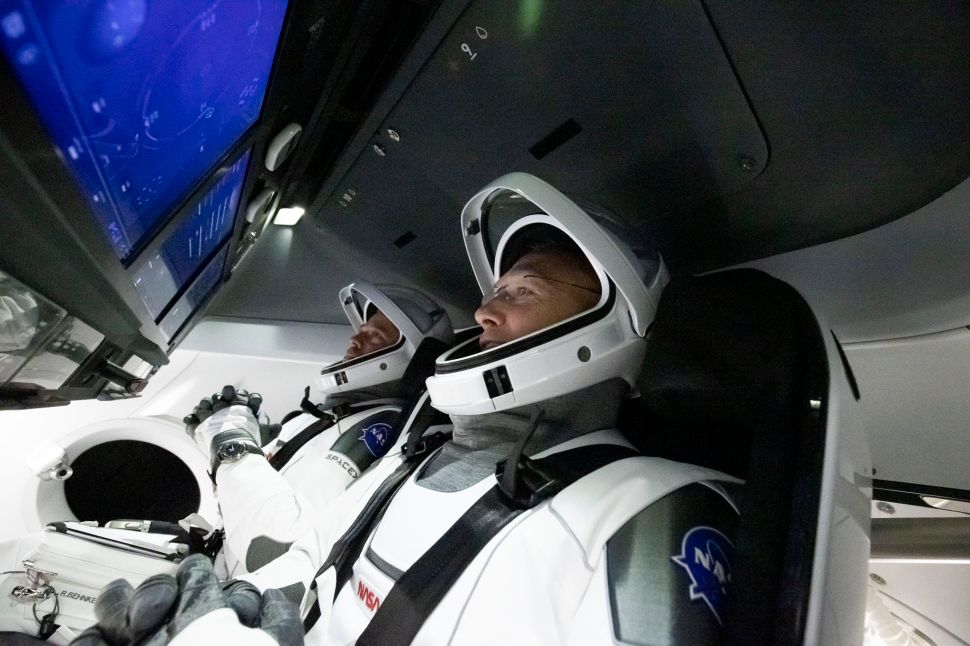