On Wednesday, Elon Musk’s rocket company SpaceX will fly two NASA astronauts, Doug Hurley and Bob Behnken, in a Crew Dragon spaceship atop a Falcon 9 rocket to the International Space Station. The launch, which will place at the Kennedy Space Center in Orlando, Fla., is not only SpaceX’s first-ever manned mission, but also NASA’s first human spaceflight since 2011, when the agency suspended its space shuttle program.

Normally, historic events like this would attract a huge crowd of spectators near the launch site. But due to the ongoing coronavirus pandemic, NASA issued guidelines urging space fans to stay at home on launch day. “We are asking people to join us in this launch, but to do so from home. We’re asking people not to travel to the Kennedy Space Center,” NASA administrator Jim Bridenstine said in a video briefing on April 23.

The mission is officially called Demo-2, short for the second demonstration flight to the ISS using SpaceX’s Crew Dragon capsule. (The first test flight was completed in March 2019 without astronauts aboard.)

Live views of the launch pad and coverage will be streamed on NASA’s online TV and SpaceX website, starting at noon on Wednesday. The actual liftoff is scheduled at 4:33 p.m. EDT from Launch Complex 39A at the Kennedy Space Center. The specific duration of the mission is to be determined.

Viewers can tune in again on Thursday to see more action in space. At 11:29 a.m. EDT, the two astronauts are expected to dock the Crew Dragon capsule to the ISS. They will then open the capsule’s hatch at 1:55 p.m. and walk into the ISS, where they’ll meet the three astronauts already on board: NASA astronaut Chris Cassidy and Russian cosmonauts Anatoly Ivanishin and Ivan Vagner.

Once docked, Hurley and Behnken will stay at the ISS for between a month and 110 days, the maximum time Crew Dragon is designed to be docked in space for, to conduct scientific research with the other astronauts.

“My heart is sitting right here,” SpaceX president Gwynne Shotwell pointed at her throat when speaking at a press conference ahead of the launch, per the National Geographic. “I think it’s going to stay here until we get Bob and Doug safely back from the International Space Station.”

Together with @SpaceX, we will return human spaceflight to American soil after nearly a decade. Tomorrow is not only a big day for our teams – it’s a big day for our country. https://t.co/DQ1Taz1vXU#LaunchAmerica pic.twitter.com/JT1zhQDKs2

When the mission ends, the same Crew Dragon capsule will bring the astronauts back to Earth and parachute into the Atlantic Ocean near Cape Canaveral in Florida.

As of this week, Florida is partially open from the coronavirus shutdown with restaurants, gyms and shopping malls operating at 50 percent capacity. However, the Kennedy Space Center will stay closed until Thursday, after NASA and SpaceX’s big launch.

Finally, in the case Wednesday’s liftoff gets delayed by bad weather or mechanical issues, NASA has backup dates planned for May 30, May 31 and June 1. 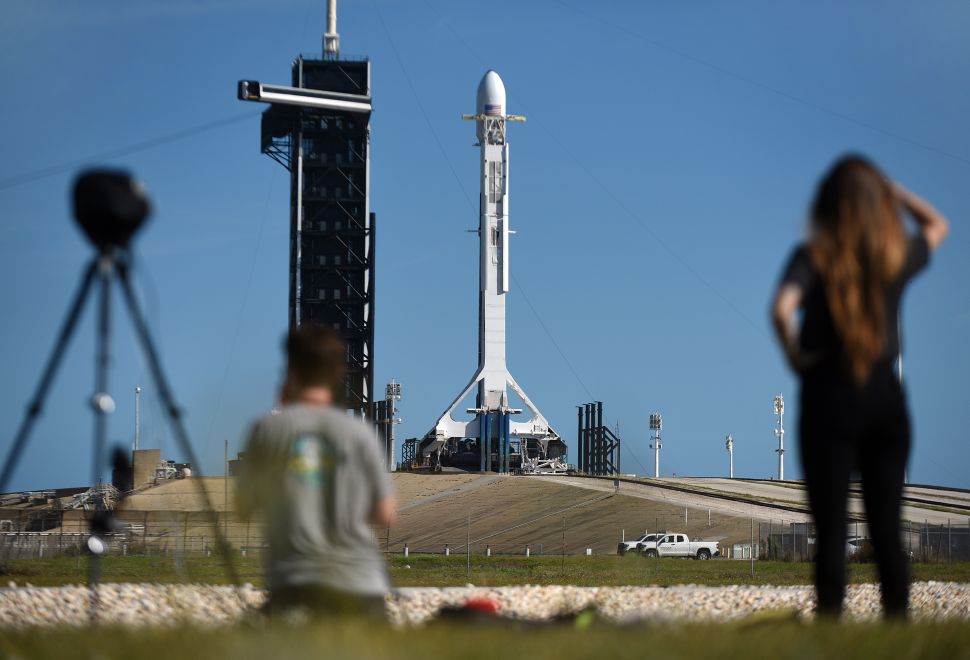