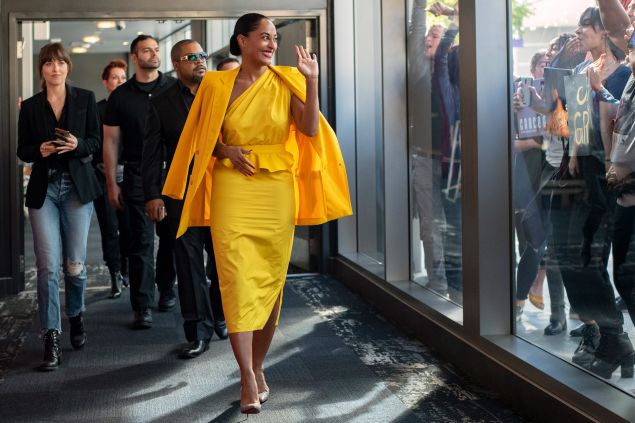 As rib-sticking and satisfying as the six-hour bolognese at Jon and Vinny’s and as effervescent as a well-chilled free glass of sparkling rosé at a producer’s house party in the Hills, The High Note is a wholly unexpected and utterly enchanting summer movie throwback. If it weren’t readily available for streaming May 29, this is a movie that would fit well in the forthcoming summer of the drive-in.

There is a lot to director Nisha Ganatra’s follow-up to last year’s Sundance charmer Late Night. It combines music, romance, inventive character comedy to tell a story about the regressive impulses of the pop music industry and how ambitious women navigate them. At the same time, the movie feels almost gossamer in its lightness, a return to female-driven modern comic fairy tales like The Devil Wears Prada and Dirty Dancing.

Finally, the film is a timely reminder that what makes a successful movie isn’t terribly complicated—even while it remains terrifically rare. The secret sauce here is twofold. For starters, there is first-time screenwriter and former CAA assistant Flora Greeson’s rock-solid script, which appeared on the 2018 Black List. Then you have a quartet of singularly talented lead performers, each put in the ideal position to not only to display their unique set of skills but also show off a few we didn’t know they had.

The setup is a familiar one. Maggie (Dakota Johnson) is a put upon celebrity personal assistant whom her coworkers regularly identify as an intern despite her many years of service. Between green juice and dry cleaning runs (one particularly revealing chore is a hike up Runyon Canyon to snap a picture for her boss’ Instagram), she secretly fosters a dream of becoming a record producer, a job infamously unwelcoming to women. (Since the Producer of the Year, Non-Classical award was first awarded in 1975, no woman has ever been the recipient.)

Her boss, Grace Davis (Tracee Ellis Ross), is a diva not so much in decline as on a treadmill of greatest hits stadium shows and live concert albums who is heading straight toward a cush Vegas residency. That low hustle, big payout situation would prove ideal for her lifelong manager, Jack (Ice Cube), and perhaps is the best that a female pop singer can hope for once they edge past age 40.

Long the most accomplished female comedy actor on television not named Julia Louis-Dreyfus, Ellis Ross is not merely showing off her razor sharp comic chops here. (She makes the banal process of ordering carnitas from a food truck a moment of inspired comic hilarity.) She has also built this pop empress from the inside out, braiding Grace’s hard-won confidence with threads of vulnerability and regret. (Did I mention she also sings?)

Ellis Ross’s skills are remarkably well matched by those of her co-stars. Johnson’s stunning lack of self-consciousness and ability to listen and respond to her fellow actors gives her much to work with, as does Ice Cube, whose lifetime of music industry experience informs the comic bluster of his natty, dedicated manager.

Following his breakout year with roles in Luce and Waves, Kelvin Harrison Jr. gives a full-bodied reading of David, a prodigiously talented singer-songwriter who, for reasons entirely personal, prefers gigs at Valley bar mitzvahs and the Laurel Canyon Country Store to the big time. (Did I mention he also sings?)

But the real star here is Greeson’s script. Her knack for clever one-liners is matched by her ability to layer her characters and make individual scenes dynamic. That director Ganatra portrays a more trenchant and resonant statement about what it means to be a woman in the entertainment industry here than she was able to in Late Night is a testament to the consequence of the written word.

When the story takes one twist too many during a final act conclusion on Catalina Island, where Maggie’s father Max (Bill Pullman) is a semi-retired disc jockey, you can roll with this too-clever-by-half development thanks to the goodwill the film has earned up to this point.

Was it the breezy soundtrack of solid originals written for the film and classic covers performed by the likes of Maxine Brown, Donny Hathaway and Cher? Or maybe it was the sight of this prodigiously attractive cast of adroit performers rising to the challenge of a well-crafted script? I’m not sure; but The High Note is both a comic lark and a profoundly transporting cinema experience that comes at a time when such a thing has hardly ever felt less possible and more necessary.

The High Note is available on demand Friday, May 29. 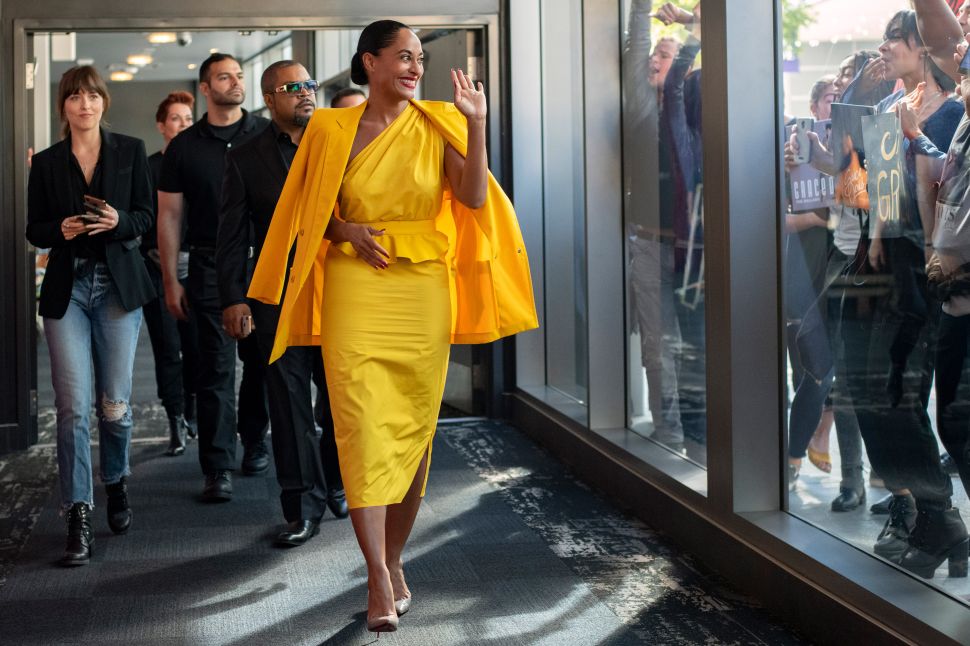