The Lovebirds begins four years before its primary action occurs, when Jibran (Kumail Nanjiani) and Leilani (Issa Rae) are meant to be in the unexpected first flush of love.

Immediately, you notice there’s something off. The pair’s banter is as stiff as a high back chair; for two people supposedly enthralled by each other’s presence, they don’t really seem like they listen and respond as a couple. After a bit of starchy back and forth over post-coital eggs and bacon, they kiss.

The kiss is the one thing in the scene that works. This is partly because the two HBO mainstays make such an attractive pair; it’s also one of only two, maybe three, moments that contain even a hint of amorous energy despite the film touting itself a romantic comedy. But mainly it works because having their mouths otherwise engaged allows the actors to stop speaking the tone-deaf dialogue they have been forced to recite.

In the very next scene, which takes place in the present—when the bloom is meant to be off the rose you never believe existed in the first place—Jibran and Leilani are arguing about whether they would win The Amazing Race. Their chatter surrounding their dissolution is every bit as unsatisfying as it was during their initial coupling. When Jibran accidentally hits a bicyclist with his Subaru, it’s not unlike the kiss in the earlier scene—a momentary reprieve that mercifully pauses their painfully forced repartee.

SEE ALSO: Rob Brydon Looks Back on ‘The Trip’ Series and Trading Insults With Steve Coogan

It would be easy to put the blame here on the two stars; expect a lot of misguided chatter about Nanjiani and Rae’s lack of chemistry. But if they deserve blame, it is in their capacity as co-executive producers who approved production on the anemic and half-baked script.

Put simply, the sparks between Jibran and Leilani are nonexistent because they do not exist. Never once do you get a sense of who these people are, much less why they are together.

As a result, the two stars spend the film grasping for moments of comic inventiveness as these two figures (it feels wrong to call them characters) careen through a convoluted story that involves a murderous cop (House of Cards’ Paul Sparks), a sex cult populated by local politicians, a blackmail scheme, and a high kicking horse.

After making a series of inexplicably bad decisions, they find themselves compelled to solve the mystery at which they find themselves the center and in the process rediscover what it was they liked about each other; it’s a light conceit that has worked in the past. (Woody Allen’s 1993 black comic farce Manhattan Murder Mystery comes to mind.) By design, the humor is meant to derive from how out of place these two are in this seedy milieu, but it is difficult to have a fish out of comedy when all you have is a couple of empty hooks.

Michael Showalter, who is re-teaming with Nanjiani after 2017’s The Big Sick, directs The Lovebirds. Where in that film Showalter was able to weave Nanjiani’s comic sensibility between the seemingly disparate poles of cross-culture romance and hospital bed drama, here the director never strikes the right tone for the film’s mix of comedy and violent crime antics. He also captures none of the vitality of New Orleans, where the film is meant to be set. Based on what we see on screen, we might as well be in Akron.

But the biggest disappointment of the film is how deeply unsatisfying the central conceit remains from the very first scenes through to its tacked on gag of a coda. The question of whether Jibran and Leilani remain a couple couldn’t feel less consequential to viewers, or even to each other, so far as they exist.

“I like them,” says a cop who observes them bickering towards the end. “I don’t want them to break up.”

Really? Because I feel like I barely know them… and couldn’t care less. 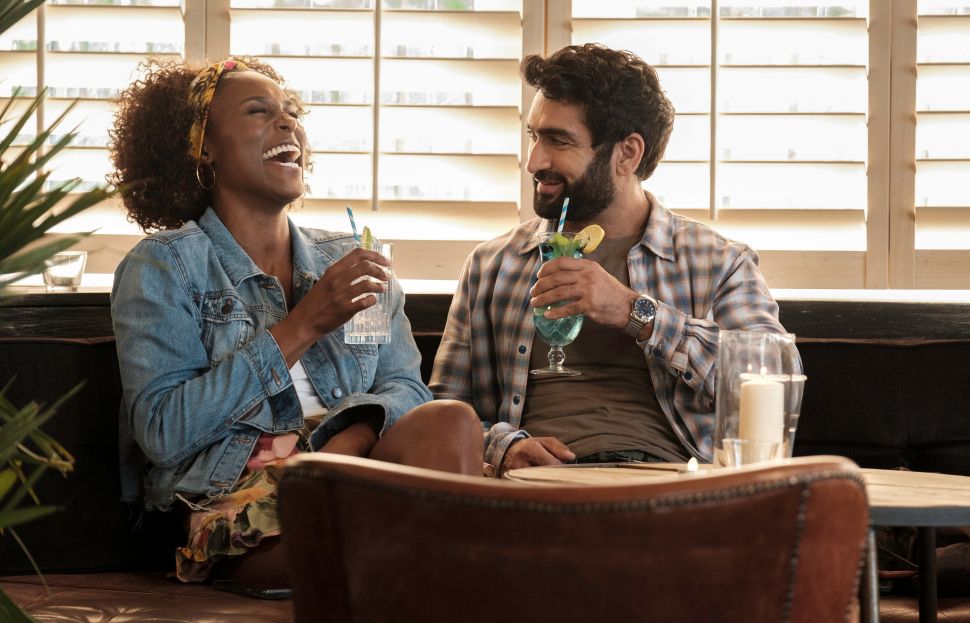