The Weeknd isn’t giving up his Tribeca penthouse just yet. The Grammy-winning musician, who recently released his fourth album, After Hours, resigned his lease at the celeb-filled 443 Greenwich condominium in New York, but it wasn’t his first choice.

The Weeknd (real name: Abel Tesfaye) decided to renew his lease amid the coronavirus pandemic, according to the New York Post. He wasn’t planning on remaining in the sleek aerie, as he actually wanted to buy an apartment instead of continuing to rent; per the Post, it’s “definitely a COVID-19 move.”

We doubt he’s too upset about remaining in the four-bedroom, 4.5-bathroom abode, which spans over 5,000 square feet and features white oak plank floors, double-height ceilings and wooden beams. The great room is centered around a marble-framed fireplace. The eat-in kitchen is equipped with stainless steel appliances and a large marble breakfast island.

The Weeknd has been renting the unit since at least 2018; it was last on the market for $60,000 a month. He originally moved in with his then-girlfriend, Bella Hadid, after they got back together, but the on-and-off couple have since broken up again.

If and when the Weeknd eventually moves out, there will still be plenty of famous faces within the Tribeca building, as other residences include Harry Styles, Justin Timberlake and Jessica Biel, Jake Gyllenhaal as well as Blake Lively and Ryan Reynolds.

The Weeknd also maintains a pricey real estate portfolio on the West Coast; he owns an $18.2 million Hidden Hills mansion, which he bought in 2017, as well as an approximately $25 million Los Angeles penthouse he scooped up last year. 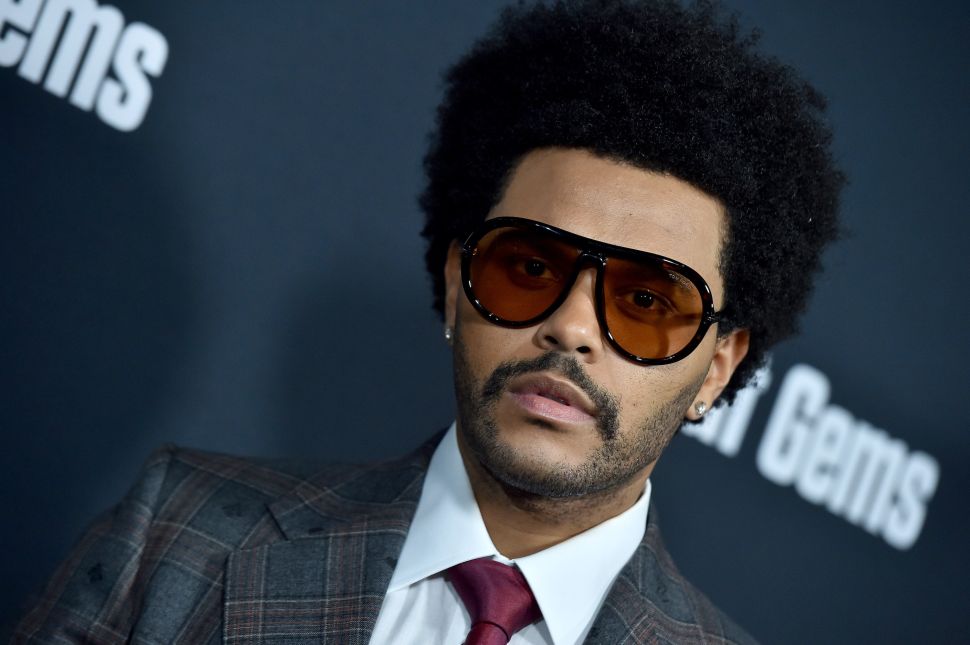