In late March, as the novel coronavirus began to take root across the United States and kill hundreds of Americans a day, President Donald Trump used his favorite public platform to make what seemed to be an innocuous request, especially by his standards.

In a tweet directed at the Federal Drug Administration, Trump asked that the N95 mask-cleaning machines produced by the frequent military contractor Battelle Memorial Institute be approved for sale as soon as possible. At the time, the nation was in the midst of a dangerous shortage of personal protective equipment (PPE), especially the face masks recommended to block the COVID-19 virus, so a machine that could wash masks up to 20 times before they were unusable seemed like an ideal solution.

The FDA complied and Battelle’s machine was approved the same day; two weeks later, on April 13th, the Pentagon announced a contract that would pay Battelle $413 million to produce the machines for hospitals around the country.

SEE ALSO: The Race for a Coronavirus Vaccine

What his tweet didn’t say, however, is that the FDA would have to waive its safety regulations to grant the approval. And according to an investigation by NBC News, the machines truly needed that waiver, because they do not seem to work.

“Scientists and nurses say the recycled masks treated by these machines begin to degrade after two or three treatments, not 20, and the company says its own recent field testing has only confirmed the integrity of the masks for four cycles of use and decontamination,” the outlet reported on Thursday.

According to NBC, the contract could be worth up to $600 million and hospitals in several states are already using the machines.

Hope the FDA can approve Mask Sterilization equipment ASAP. As per Governor @MikeDeWine, there is a company in Ohio, @Battelle, which has equipment that can sterilize masks quickly.

The CARES Act provided trillions of dollars to the Federal Reserve to bail out, prop up, and reward large companies, and large public companies across a spectrum of industries also swooped in on the Paycheck Protection Program meant for small businesses. And while it’s been less covered by the media, a plethora of contractors — many run by Trump friends or people with checkered pasts  — have been able to take advantage of the urgency of the situation.

The Battelle contract is only one of many eyebrow-raising, nine-figure deals made by the White House during the coronavirus pandemic.

The federal government has agreed to over 20,000 contracts for pandemic-related supplies, worth over $20 billion. That includes over 6,000 no-bid contracts worth $8.5 billion, including $1 billion in no-bid contracts for supply maker 3M. A Washington Post story in April revealed that the government was paying nearly five times what it normally would for protective masks.

A number of unexpected and unproven companies have been the beneficiaries of this government largesse. In April, the Washington Post reported that the government had awarded a $10.2 million contract to a company called TeleTracking Technologies to track statistics on hospital beds and COVID-19 deaths, a responsibility already carried out by the CDC.

In early April, ProPublica reported that the Trump administration pushed FEMA to give a $96 million no-bid deal for a Canadian company that makes protective supplies similar to many other established companies, which baffled industry experts.

Shortly after that, FEMA awarded $55 million for masks to a company called Panthera Worldwide LLC, a legally dubious subsidiary of a bankrupt company that had no history with medical equipment. 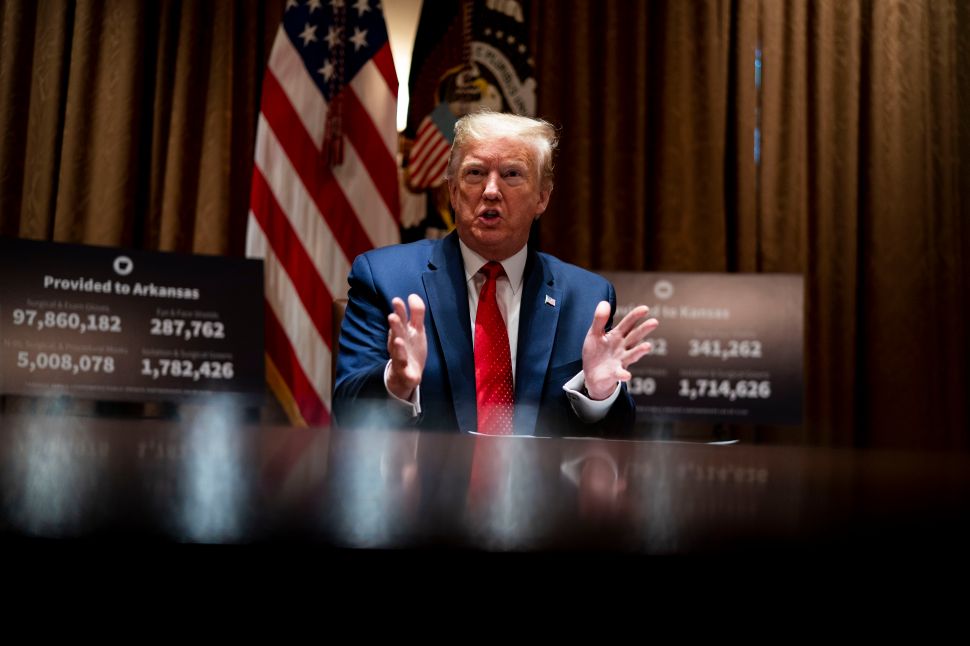