It took Twitter three and a half years to take any action against President Donald Trump’s incendiary tweets from the White House. It then took just a few days for the social media platform to do it again.

Earlier this week, Twitter appended a fact check to one of Trump’s tweets about mail-in voting. On Friday morning, the company went further, blocking one of his tweets calling for the shooting of protestors in Minneapolis, where violence has broken out in the wake of the police murder of an unarmed, unthreatening black man named George Floyd. Trump finished his tweet by writing “when the looting starts, the shooting starts,” a quote from an infamous Miami police chief who blatantly embraced the violent policing of the black community.

Twitter didn’t block Trump’s tweet, but covered it with a warning and made it ineligible for retweets or responses.

We've taken action in the interest of preventing others from being inspired to commit violent acts, but have kept the Tweet on Twitter because it is important that the public still be able to see the Tweet given its relevance to ongoing matters of public importance.

On Thursday, Trump signed a hastily prepared executive order that was very blatantly written as an act of revenge, potentially leaving social media platforms more exposed to consumer lawsuits. As he told the press on Thursday, he would prefer to delete his Twitter profile and close the company entirely; without that power, he requested that the FCC adjust Section 230 of the Communications Decency Act, which protects online platforms from liability for what their users post online.

“These THUGS are dishonoring the memory of George Floyd, and I won’t let that happen. Just spoke to Governor Tim Walz and told him that the Military is with him all the way. Any difficulty and we will assume control but, when the looting starts, the shooting starts. Thank you!” https://t.co/GDwAydcAOw

Updated at 11:09 am: Twitter then answered the challenge, posting the same warning on the White House’s tweet — a move to which the White House with yet another tweet, this one using the back and forth to exemplify why Trump released his executive order.

“The President did not glorify violence. He clearly condemned it,” the White House tweeted. “@Jack and Twitter’s biased, bad-faith “fact-checkers” have made it clear: Twitter is a publisher, not a platform.”

Trump’s executive order specifically mentioned Twitter, Facebook, and Google, though his war is clearly with Twitter right now. As Trump raged at social platforms this week, Facebook co-founder and CEO Mark Zuckerberg went on his TV network of choice, Fox News, to respond to the controversy and make clear that he had no stomach for a fight with the White House.

“I just believe strongly that Facebook shouldn’t be the arbiter of truth of everything that people say online,” Zuckerberg told the network. Trump later retweeted a news post about the comments. 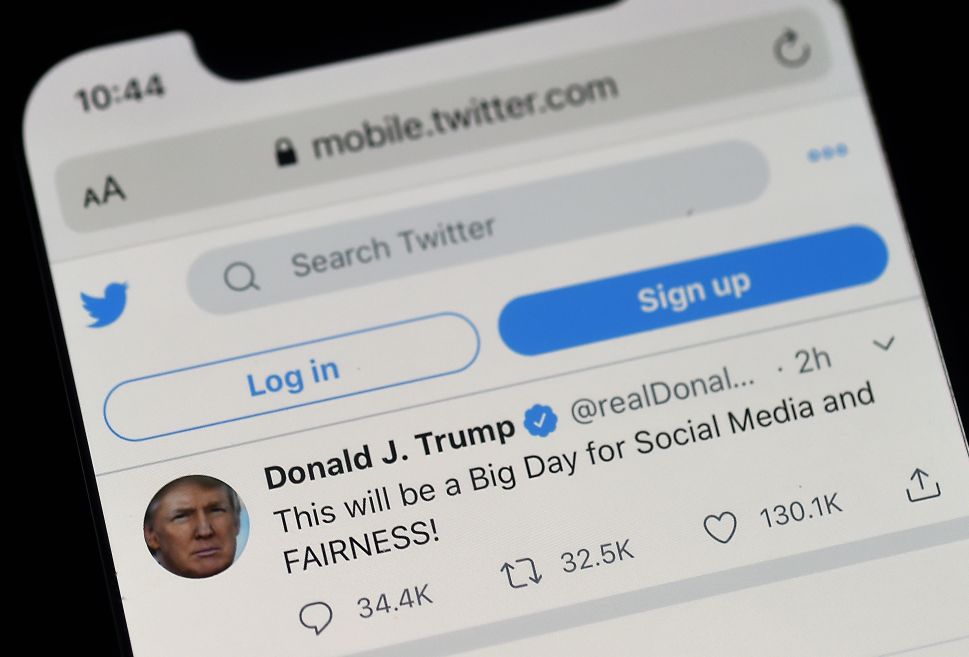