At Uber’s 2020 shareholders meeting on Monday, a group representing large Uber shareholders took issue with how much the ride-sharing giant is paying its CEO Dara Khosrowshahi while the company slashes thousands of jobs and its contractor drivers struggle to make ends meet amid the coronavirus pandemic.

CtW Investment Group, an advisory firm working with some of Uber’s substantial shareholders, called for shareholders to vote against Uber’s Say-On-Pay proposal regarding Khosrowshahi’s compensation package.

“Say-On-Pay” is a legal term that describes a corporate governance rule that gives shareholders the right to vote on the compensation plans of their companies’ highest-earning executives. Say-On-Pay votes are a key indicator of what a public company’s shareholders think of its executive pay packages. In Uber’s case, 70 percent of shareholders supported CEO Khosrowshahi’s compensation package at the most recent voting, which significantly lags behind the industry-average approval rate of 90.5 percent (as of 2019), according to a report by Semler Brossy, an executive compensation consulting firm.

CtW specifically called attention to Khosrowshahi’s “golden hello” sign-on package when he joined Uber in 2017. Under the plan, he would receive an equity award worth $100 million if Uber’s market worth reaches $120 billion and manages to stay there for longer than 90 days.

“The sign-on package, which does not encourage long-term retention, has become increasingly untenable as the company’s workers struggle to make ends meet amid the COVID-19 outbreak.” CtW said in a statement on Tuesday.

CtW noted that several pension funds with stakes in Uber, including CalSTRS, CalPERS (the nation’s largest) and the Florida State Board of Administration, have disclosed votes against Uber’s CEO pay proposal.

Last week, ahead of releasing its first-quarter earnings, Uber announced a plan to lay off 3,700 full-time employees, or 14 percent of its workforce, as ride-sharing orders plummeted during the coronavirus quarantine. In a move to show his commitment to the company-wide cost reduction, Khosrowshahi said he would waive his salary for the rest of 2020.

Uber pays Khosrowshahi an annual base salary of $1 million, which is fairly within the range of what CEOs of comparable tech companies are paid. But last year, he received a total pay package worth $42.4 million, comprising of that $1 million in base salary, $2 million in bonus, $37.4 million in equity award and $2 million in reimbursement for work-related expenses.

“Uber’s board must go beyond accepting symbolic executive pay cuts and work to restore investor confidence in the sustainability of the company’s business plans by committing to accountability and strong oversight for the long-term,” Dieter Waizenegger, executive director of CtW Investment Group, said in a statement.

In 2019, Uber paid its seven top executives a total of $11.4 million in salary and cash bonus, plus $71 million worth of equity awards, according to regulatory filings. 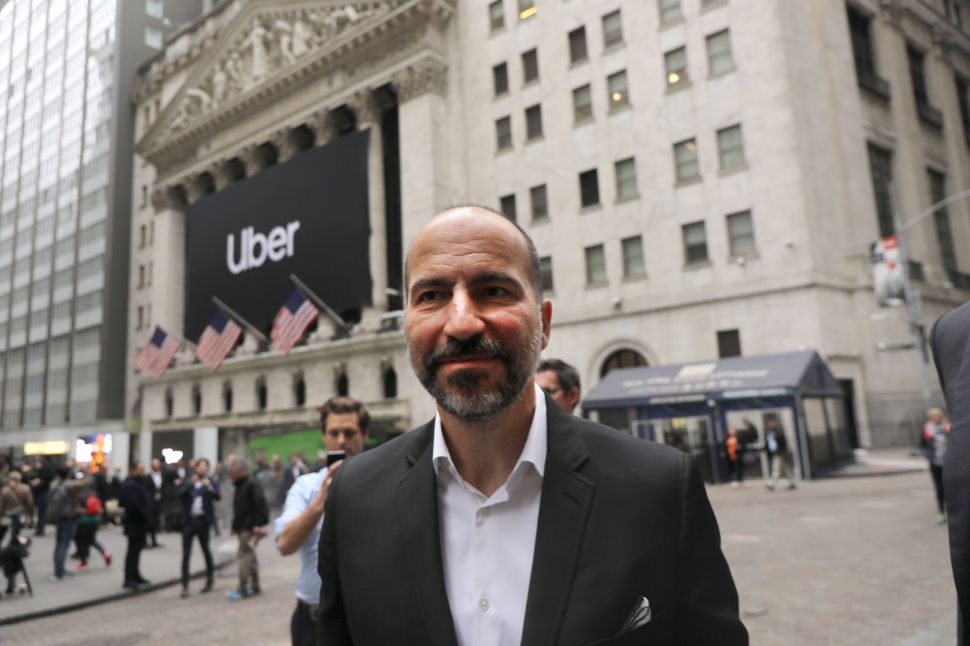