Warren Buffett believes that America’s top one percent of earners should take care of its bottom 20 percent, likening it to millionaires taking care of all of their children.

At Berkshire Hathaway’s 2020 shareholders meeting on Saturday, which was streamed by Yahoo Finance, the 89-year-old billionaire investor was challenged by a question from the actor Bill Murray, himself a Berkshire shareholder: How will the U.S., as a country, care for people who are working disproportionately hard yet still economically deprived during the pandemic, such as those working in health care, food supply, delivery and community services?

“We ought to do things that can help those people,” Buffett said. “We are a rich, rich, rich country. The people doing those kinds of work that Bill talks about are contributing a whole lot more than some of the people who came out of the right womb.”

“Under normal conditions, with more than $60,000 GDP per capita, anybody who works 40 hours a week should have a decent life without a second job and with a couple of kids,” he continued. “Nobody should be left behind. It’s like a rich family. If they have five heirs, they maybe try to pick the most able one to run the business. But they don’t forget about [the others].”

The widening wealth gap was already a hot-button topic in American society before the coronavirus struck. The pandemic has made it an even more pressing issue as tens of thousands of small businesses closed down and over 20 million people, many working in low-earning service industries, lost jobs in just one month as a result of a national quarantine. Unemployment now officially sits at over 30 million people, with many millions more likely out of work.

Buffett said he’d welcome ideas that would help society as a whole move in a more egalitarian direction.

“I don’t think a very rich company ought to abide by what the market dishes out in the 18th-century style,” he quipped.

With his eye on history, Buffett acknowledged that material conditions have improved for people over the last century, even as the wealth gap has widened once again. “Things have been improved for the bottom 20 percent — you can see various statistics on that,” he said. “But it’s really been improved for the top 1 percent. We are a better society than we were 100 years ago. But you would think, with our prosperity, we would hold ourselves to even higher standards of taking care of our bottom 20 percent, particularly in a situation you’ve got today.”

As of writing, Buffett boasts a net worth of $72 billion, per Bloomberg’s realtime Billionaires Index. The investing guru has pledged to give away the majority of his wealth through his billionaire pal, Bill Gates’ family charity, the Bill and Melinda Gates Foundation. The foundation recently announced that it would devote 100 percent of its resources to addressing the COVID-19 crisis. 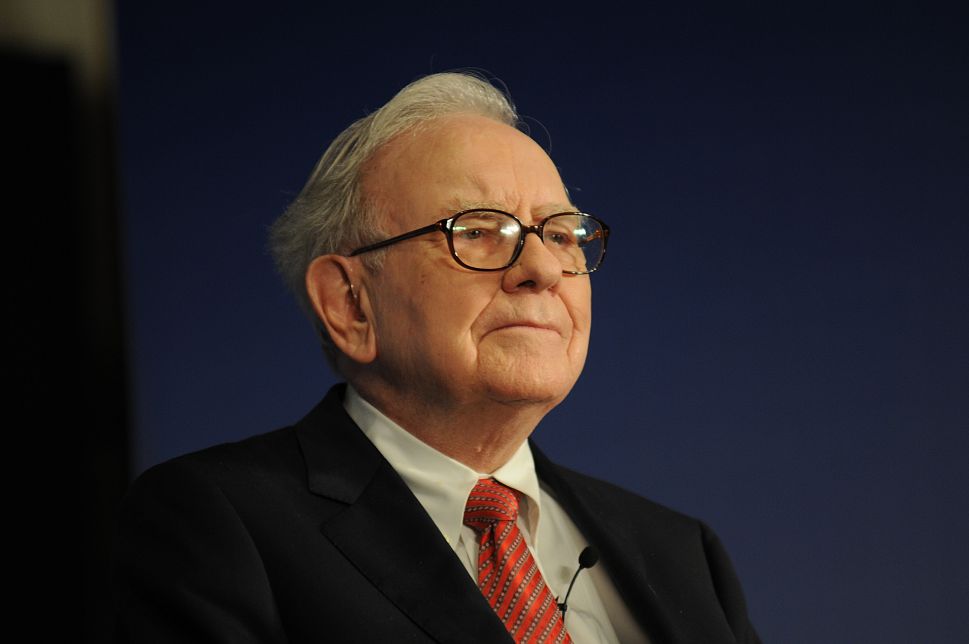