*Spoilers ahead for Season 3 of HBO’s Westworld*

In our March review of Westworld‘s third season, we noticed the show was aiming for a soft-reboot after a disappointing sophomore season. The setting was moved out of the murder-happy Westworld theme park and into, well, the murder-happy real world. New characters such as Aaron Paul’s Caleb and Vincent Cassel’s Serac took on key roles and Dolores (Evan Rachel Wood) set about on her ultimate mission. What we couldn’t have realized at the time, however, was just how significantly creators Jonathan Nolan and Lisa Joy would lean into these changes.

In “Crisis Theory,” the Sunday finale written by Nolan and Denise Thé, Westworld seemingly killed off Dolores for good. Though death is often a minor inconvenience in this series, especially for the easily repaired hosts, this demise rang of more permanence.

SEE ALSO: The 10 TV Series That Have Dominated Quarantine Streaming

“We saw Dolores perish,” Thé told The Hollywood Reporter. “We saw all of her memories painfully erased. I think it’s really important to honor her death. This is a character who truly evolved. We saw her fight for her freedom in the park, get out into our world, wanting to leave her world for ours, and then finally realizing that humans in a lot of ways have been enslaved like hosts. She makes this incredible choice to free humanity. It’s a choice that comes at a price: her sacrifice, the ultimate price. In watching Evan read out that final line — ‘I choose to see the beauty’ — watching that on set gave me shivers. It was delivered with such grace and bittersweetness. We see that this Dolores has really completed her arc. It’s a beautiful analogy of a child who has grown up to take care of her parents. I do think it’s the right time to say goodbye to this Dolores.”

Is Dolores truly dead? It sounds as if this version, which fans have taken to calling Dolores Prime, very much is. But there are still other versions of Dolores, such as the one using Charlotte Hale’s (Tessa Thompson) body, running around in the real world with their own agenda. Given the show’s twisty nature and the technological component that allows for multiple examples of existence, Nolan wouldn’t definitively rule out a return for Wood.

“Where would the fun be in answering that question,” he told the outlet.

As for the future of the series, it appears as if the showrunners know where they’re going. Nolan and Joy admitted that there have been lengthy discussions regarding the fourth season, dating even back to the pilot, though the writers room has not yet opened for the new batch of episodes. In 2018, Joy also said they they have a “very emotional” ending in mind for the series. When Westworld was renewed for a fourth season, it was reported that the show could run as many as six seasons overall.

Westworld saw its linear live viewership dip 48 percent in Season 3 to a weekly average of 812,000. However, HBO noted after the premiere that digital platform viewing has grown to as much as half of all viewing for recent dramas. Across all platforms, the Season 3 debut has drawn more than 9 million overall viewers to date. 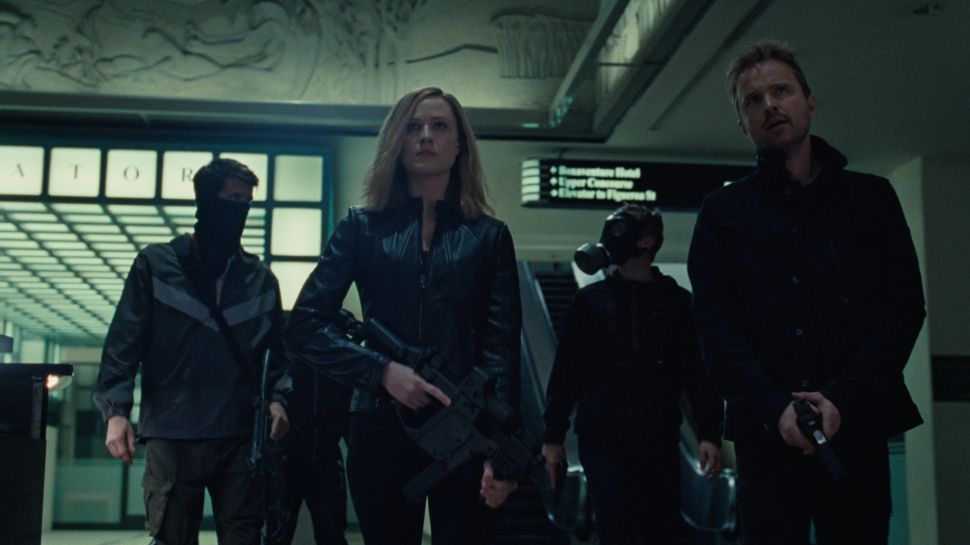