There are more important things than TV happening right now. A pandemic. The rise of fascism at home and abroad. Your rent being due. But sometimes you need a break from all that, hence TV. Observer Entertainment has curated the guide below to help ease the stress of figuring out what to watch this weekend on your off-hours. Major and niche streaming services alike are represented below, from Netflix to Hulu to Amazon, and we’ve offered recommendations for new or recent releases for all of them, as well as classic, hidden gems that may be buried between the cracks.

Few shows showcase as much heart as Hulu’s Ramy, which returns to Hulu with a second season today. The Golden Globe-winnning Ramy is one of the few current shows that depicts a young person attempting to be religious, a fact that would be notable even if we weren’t living in a country known for its racism and specific anti-Muslim prejudices. As its star, Ramy Youssef, put it: “My show is about a religious person who is trying to be a better religious person.” And as my girlfriend noted in a text to me this week: “Mahershala Ali is in this season!!!!!!!!” Don’t sleep on Ramy; it’s a special thing. For an old classic to watch on Hulu, try the venerable ultra-violent anime movie Ninja Scroll, directed by the great Yoshiaki Kawajiri (Wicked City, Vampire Hunter D: Bloodlust, The Animatrix). It’s 94 minutes of blood, guts and ninjas.

If what’s happened in Minneapolis this week shocked you, and you want to learn more about how white supremacist forces have shaped the ways African Americans have been incarcerated or killed by police at an astonishing rate, I would recommend the Ava DuVernay documentary 13th. The award-winning film is titled after the amendment that banned slavery in the United States, and DuVernay digs into how the prison-industrial complex has reproduced the horrors of slavery in the decades since its abolition. For a newer but no less sickening documentary, watch Jeffrey Epstein: Filthy Rich—which shot to the top of Netflix’s popular films list today and reminds us that predators hide in plain sight—and might often pal around with future presidents like Donald Trump and Bill Clinton—before (and if) they’re caught.

WarnerMedia’s new streaming service has landed! And with it a ton of new offerings. Observer’s TV critic Pilot Viruet did not like Love Life, the new show starring Anna Kendrick that HBO Max has been touting, so I’ll take this space to instead recommend Looney Tunes Cartoons—the service’s revival of classic Looney Tunes characters. A few notes from the first shorts I watched: 1. These are shorts and they’re quite funny, none of them outstaying their welcome. 2. These are animated in gorgeous, bright 2D. 3. Like their ancestors, the jokes are evergreen and the timing and music is everything. This series developed by Peter Browngardt (Secret Mountain Fort Awesome, Uncle Grandpa) totally works where previous revivals have failed. As for classics to watch, you can’t go wrong with HBO Max’s huge library. I’ve already watched the John Wayne classic The Searchers on it this week (it has many TCM movies, including several Westerns), but what I’d really recommend is any film from its Studio Ghibli collection, which includes classics from directors like Hayao Miyazaki (Spirited Away, Princess Mononoke, My Neighbor Totoro) and Isao Takahata (Grave of the Fireflies, The Tale of the Princess Kaguya, Only Yesterday). This is the first time these films have been made available for streaming in the U.S., and the collection is a treasure trove of moving art.

Dog lovers have their new favorite reality show in It’s a Dog’s Life, hosted by Bill Farmer, the voice of Pluto and Goofy. It’s a Dog’s Life follows Farmer as he meets, pets and learns about dogs around the country doing incredible things, whether from sniffing for whale poop to making friends with cheetahs. And finally, this week you can watch classic episodes of The Simpsons in their original 4:3 aspect ratio on Disney+. It involves a little toggling and then you’re set. I’d watch “Marge vs. the Monorail,” personally.

Watch It’s a Dog’s Life and The Simpsons on Disney+.

Ghostwriter, the reboot of the classic ’90s mystery series, is back with a winning cast of kids and fun stories. This is very much made for kids, but it’s still one of the best things you’ll find on Apple TV+. For more adult fare, Mythic Quest: Raven’s Banquet is one of the few shows anywhere that deals with what the video game industry is like. It’s a workplace comedy led by It’s Always Sunny in Philadelphia‘s Rob McElhanny and manages to be very funny and equally smart. (They even put out a quarantine special that was actually good.)

The Vast of Night, directed by Andrew Patterson, is probably one of the best movies to come out amid the coronavirus pandemic, and it’s out today on Amazon Prime. It’s about two teens in the American Southwest in the 1950s who suddenly start hearing eerie sounds from their radio. The movie’s action all takes place in one night. As for a classic, try Hannibal on for size. The series, starring Mads Mikkelsen, created by Bryan Fuller and based on the iconic villain of Silence of the Lambs, is one of the most compelling modern portraits of a serial killer in recent years. As Fuller once told Observer, his show amounts to three elements: “It’s one-third Thomas Harris [the creator of the character], one-third contemporary psychology, and one-third of our own magic sauce for what we are exploring in this very complicated world of relationships with a serial killer.”

Watch The Vast of Night and Hannibal on Amazon Prime Video.

As one of Crunchyroll’s biggest recent hits, Keep Your Hands Off Eizouken! is hardly a controversial recommendation, but it’s one I’m making nonetheless. It’s an anime about making anime, which makes it perfect for anime fans to get into, if you haven’t already. As for a title even more recognizable, Dragon Ball Super is available in its entirety on Crunchyroll. A new expression of the classic Dragon Ball franchise, Super picks up where Z left off, introducing new challenges and more gloriously intense shouting from its protagonists as they rise to greater power levels.

Watch Keep Your Hands Off Eizouken! and Dragon Ball Super on Crunchyroll.

That’s right, Marty made a new film from quarantine. The Goodfellas director put together a short about isolation, inspired by some of his favorite classic filmmakers, that premiered on the BBC’s Lockdown Culture with Mary Beard. You can watch it here. 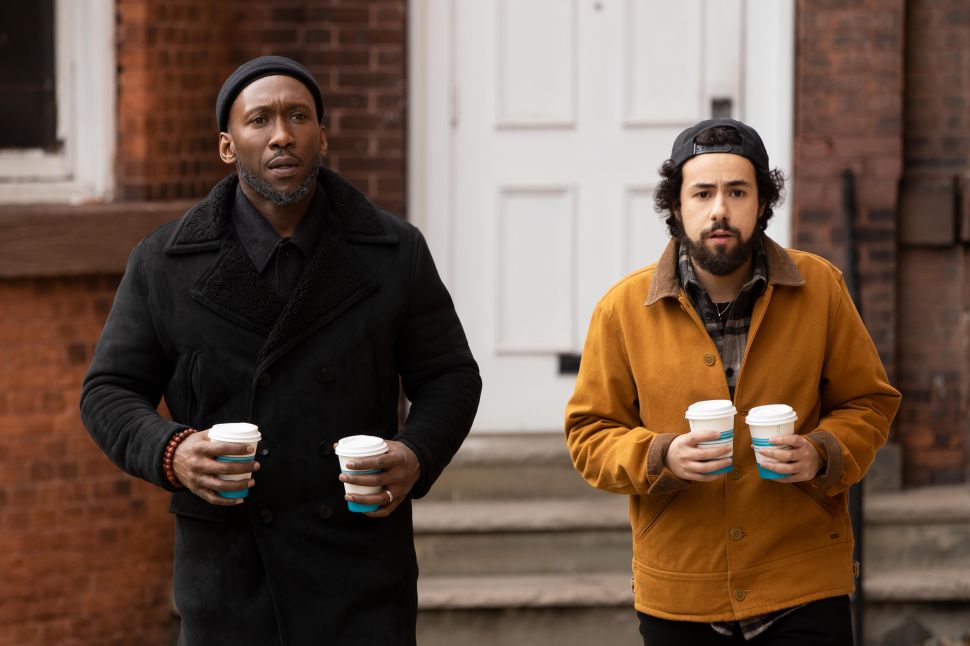