May is in full swing, birds are chirping and new shows and movies have arrived to soothe our pandemic unpleasantries. To that end, Observer Entertainment has curated the guide below to stimulate your streaming pleasure centers and—hopefully—help you figure out what to watch this weekend or on your off-hours. The major streaming services are represented, from Netflix to Hulu to Amazon, and we’ve offered recommendations for new or recent releases for all of them, as well as classic, hidden gems that may be buried between the cracks.

The list below is not comprehensive, but it is curated, because our opinions matter, thank you very much. Here are some of the finest offerings available to stream online or watch on TV.

SEE ALSO: 40 Years Ago, Yoda Showed Us the Truth of the Force in ‘Empire’

The Great is Hulu’s great new miniseries to watch this week created by Tony McNamara, one of the writers behind the offbeat 2018 period film The Favourite. The Great transports McNamara’s creative voice to 18th-century Russia and the days of Catherine the Great (Elle Fanning) and Peter III (Nicholas Hoult). Humor, looseness with historical details, and an abundance of F-words characterize McNamara’s work, because—as he explained to writer Observer contributor Emily Zemler—”It’s not a history lesson, it’s a show.” For a show that’s been on for a while, this week I’d recommend Pamela Adlon’s Better Things, which ended its fourth season last month. It comes with the necessary asterisk of Louis C.K.’s involvement in its early seasons, but discounting Adlon’s funny and soulful exploration of LA motherhood over that would be unfair, in my opinion. The show is her show, as personal an excoriation and celebration of life as good TV gets. She told Observer as much in 2016: “[Better Things] is about the California that I live in. And how my daughters and I go to Chinatown downtown on the train and have dim sum.”

Few new shows look as interesting right now as Netflix’s The Victims’ Game. A Taiwanese crime drama, it’s become one of the hottest streaming shows in the last couple weeks according to data provided to Observer by Parrot Analytics, and for good reason. As Observer’s Brandon Katz writes, it’s a murder-mystery that feels like “a cross between Dexter and The Accountant in which a socially challenged loner burrows into grisly homicides.” And as for a modern classic on the service, as of today, Avatar: The Last Airbender is available on Netflix. If you haven’t seen any of the show, I’d highly endorse it, as it’s basically an animated Game of Thrones, and its first season was largely directed by Dave Filoni—architect of The Mandalorian and Star Wars: The Clone Wars. If you’re on the fence or intimidated by its sprawling story, watch the anthology episode “The Tales of Ba Sing Se,” which Brandon has called the best episode to try out if you’ve never seen the show.

I Know This Much Is True will air its second episode this weekend after a strong start last week. The Mark Ruffalo–led miniseries is masterminded by Derek Cianfrance of Blue Valentine and The Place Beyond the Pines fame and is based on a 1998 bestseller by Wally Lamb. But while excellent, early reviews have called the show “unrelenting” and “too much,” so if you’re in the mood for something lighter, I would return to John Cusack’s Grosse Pointe Blank—the 1997 black comedy starring John Cusack as an assassin for hire who has to contend with the perils of… his high school reunion. The unimpeachable Minnie Driver plays Cusack’s love interest and his sister Joan is hysterical as his secretary. The movie leaves HBO Go/Now soon, so I’d jump on it.

“The real heft comes from the ripple effect of Jacob’s arrest on the rest of the family,” Brandon wrote in his measured review of Defending Jacob—a show about the aftermath of what happens when 14-year-old boy is arrested for the murder of a classmate. Defending Jacob should be better than it is, but it is a great showcase of performances from its cast, including Chris Evans, Michelle Dockery and Jaden Martell playing Jacob. If you want a film, try Hala, a critically lauded option available on the service that premiered at Sundance in 2019. It tells the coming-of-age story of Muslim-American teen Hala (Geraldine Viswanathan) and is written and directed by Minhal Baig, who sensitively follows her subject’s interior life and external struggles. Gabriel Luna and Anna Chlumsky co-star.

For a shot of fresh comedy, try a taste Upload, May’s new sci-fi satire on Amazon created by Greg Daniels (The Office).  But for a real dinner-and-a-movie experience, settle into 1996’s Big Night, co-written and co-directed by Stanley Tucci and his collaborators Joseph Tropiano and Campbell Scott, respectively. Big Night is a perfect mix of over-the-top acting from the likes of Tucci, Ian Holm and the always-funny Tony Shalhoub paired with deliciously food-porny shots of risotto, pasta and more increasingly mouthwatering Italian dishes. Special shout-out to the long takes and very simple cinematography from the legendary Ken Kelsch, a Vietnam vet who once said: “Filmmaking is like combat: It’s 90% boredom, 5% panic, and 5% terror.” True to the sentiment, Big Night is packed with relatively static, awesome shots nonetheless brimming with activity and meaning.

It’s sequel time. The latest film to hit Disney’s flagship streaming service is Maleficent: Mistress of Evil, which got mixed reviews but still showcases a powerful performance from Angelina Jolie. If you (or your kids) liked the first one, this sequel beckons. And if there were any weekend where re-watching Star Wars were appropriate, it’d be this one: The Empire Strikes Back turns 40 on May 17, 2020. As Master Yoda would put it, “unlearn what you have learned” and watch it with fresh eyes.

Great news for Gene Hackman and Bruce Campbell fans: Sam Raimi’s revisionist Western epic The Quick and the Dead will hit the Sundance Channel at 2:30 pm ET on Saturday, May 16. The film was critically under-appreciated upon release but is now considered one of Raimi’s best. It’s fueled by a very-’90s cast that includes Hackman, Campbell, Sharon Stone, Leonardo DiCaprio, Keith David and Russell Crowe in his first American role. And for a new show, Snowpiercer will hit TNT at 9pm ET on Sunday, May 17. Whether the dystopian sci-fi series lives up to Bong Joon Ho’s original 2013 epic film remains to be seen, but it’ll probably feel relevant to all of our conversations about the apocalypse these days regardless.

And… a new movie!

Like millions of kids, I grew up on the Hanna-Barbera’s legendary Scooby-Doo cartoons—from the antics of the original Scooby-Doo, Where Are You! show to The Pup Named Scooby-Doo that turned the characters into children in the ’80s. As Oliver Jones writes for us today, the new Warner Bros. animated film Scoob! mostly lives up to the legacy of what came before. It’s available to purchase today. 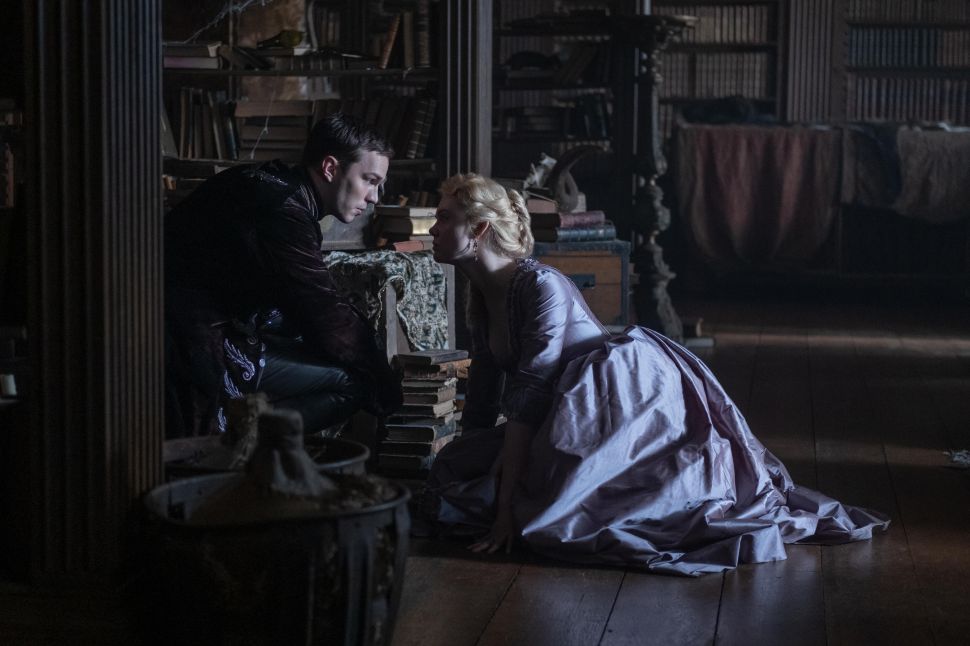