Happy Memorial Day Weekend! We may be living through a pandemic, but I encourage you to make the most of the holiday. Go outside. Drink something frozen. And, please, watch something great. Observer Entertainment has curated the guide below to stimulate your streaming pleasure centers and—hopefully—help you figure out what to watch this weekend or on your off-hours. Both major and niche streaming services are represented, from Netflix to Hulu to Amazon, and we’ve offered recommendations for new or recent releases for all of them, as well as classic, hidden gems that may be buried between the cracks.

Of Hulu’s recent offerings, Normal People, adapted from Sally Rooney’s novel of the same name quickly captured the zeitgeist since its release earlier this month. I’d encourage you to watch it and then read this great analysis of the show by Observer Arts reporter Helen Holmes, who writes: “While the book seems to suggest that deep connection with another person can provide lasting comfort and meaning, the show’s stance feels much darker and nihilistic.” (It also has very hot sex scenes.) On the lighter side of Hulu’s offerings, Observer Lifestyle reporter Morgan Halberg recommends a throwback to the legendary 30 Rock episode where Gayle King poked fun at her longtime BFF Oprah Winfrey. “I’m one of those crazy 30 Rock people who brings up the show all the time,” Morgan slacked me this morning, and she does so with good reason: 30 Rock is one of the funniest, most important shows in recent history and an ideal quarantine balm. The Gayle King episode to watch is “My Whole Life Is Thunder.”

The premise of Dead to Me is deliriously delightful: Christina Applegate loses her husband to a hit-and-run committed by Linda Cardellini who immediately becomes her best friend. Tonally the show is all over place, as much a tragic look at grief as it is a screwball comedy, with winsome performances from its two leads plus James Marsden and Max Jenkins energizing the proceedings. Community, now back on Netflix and gearing up for a possible movie, is another great option for anyone looking for a unique approach to heartwarming comedy.

Watch Dead to Me and Community on Netflix.

We’re Here is the docuseries to watch if The Last Dance bored you to tears. The show tracks the movements of former RuPaul’s Drag Race contestants as they zig-zag across small towns in America to draft residents into one-night drag performances. We’re Here exudes humanity and fun in equal measure, and new episodes air Friday nights this season. For a very different but equally less fierce vibe, the horror-scifi classics of the Alien quadrilogy are all available to watch. Quickly, a rundown: Alien is the terrifying one; Aliens is the blockbuster; Alien 3 (aka Alien³) is the black sheep of David Fincher’s filmography; and Alien Resurrection is the one I affectionately think of as Alien: Attack of the Clones. Mostly, the movies are good, two of them are legitimately great and all of them, I promise, are interesting.

Since Apple TV+ has no legacy content (though that may soon change), we have only new programming to recommend on the service. This week look to the GLAAD Media Award nominee Dickinson, a show that re-casts the life of poet Emily Dickinson into a modernized, heartfelt coming-of-age comedy. The late, great indie filmmaker Lynn Shelton directed several of the first season’s episodes, which makes this show a fitting watch to remember her. For another story about a spunky young woman bringing great writing into the world, look to Home Before Dark, based on the true story of 9-year-old reporter Hilde Lysiak. Lysiak, now 13, operated the Orange Street News, a local newspaper based out of Selinsgrove, Pennsylvania. Home Before Dark is a fictionalized mystery drama starring Brooklynn Prince (The Florida Project) that uses Lysiak’s story as its jumping-off point.

Watch Dickinson and Home Before Dark on Apple TV+.

If you love mafia films and drug-trafficking dramas like Breaking Bad and Narcos, the newest show for you is ZeroZeroZero, an Italian series from the producers of Gomorrah and starring Andrea Riseborough (Battle of the Sexes, The Death of Stalin) and the great Gabriel Byrne (Miller’s Crossing, In Treatment). At its center is Riseborough’s Emma Lynwood, heiress to an American shipping company that gets wrapped up in cocaine trafficking between Mexico and Italy. And for a classic international effort available on Prime, try Werner Herzog’s epic Aguirre, the Wrath of God. The legendary 1972 film stars Klaus Kinski in his first partnership with Herzog and follows a group of conquistadores searching for the lost city of gold, El Dorado, deep into the jungles of the Amazon. The production was notoriously grueling, but the resulting film stands as one of the greatest of all time.

Watch ZeroZeroZero and Aguirre, the Wrath of God on Amazon Prime Video.

Swifties rejoice! If you weren’t able to catch Taylor Swift’s City of Lover concert special on ABC last week, the 41-minute, eight-song special is now available in full on Disney+. It follows her Miss America documentary that dropped earlier this year on Netflix. As for a deep cut, every Marvel fan should know that Silver Surfer, the wondrously anti-imperialist ’90s cartoon based on the character created by Jack Kirby, is on Disney+ in full. The underrated cartoon ran for just one season and was overshadowed by contemporary Marvel cartoons like X-Men and Spider-Man, but it’s absolutely worth a watch for its faithfulness to the comics and its depiction of Thanos that predated Marvel’s later Avengers films.

Crunchyroll is wildly popular with anime fans and offers free options to enjoy its programming for those who want to dip their toes into the Japanese art form. The hottest new show on the service right now might be Tower of God, which is currently airing simultaneously in the United States and Japan. In this dark fantasy our hero, an amnesiac boy named Bam, must scale the eponymous tower he has lived in for as long as he can remember, and tackle a series of trials on each floor as he does. New episodes of its inaugural season hit Crunchyroll at 10:30am ET on Wednesdays. And for a classic from Crunchyroll’s vast anime library, check out City Hunter, a classic ’80s action anime influenced by film noir and directed by Kenji Kodama (Case Closed, Kekkaishi). The City Hunters are gun-toting private detectives tasked with cleaning up crime in Tokyo, a job that gets complicated for protagonist Ryo after his partner is killed.

Watch Tower of God and City Hunter on Crunchyroll.

There are plenty of great movies airing this weekend. You can kick off the long weekend with a proper blockbuster in Independence Day, starring Will Smith, Jeff Goldblum and Bill Pullman. It airs on The Paramount Network on Friday night, at 7:30pm ET. And if you want a great rundown of classic war movies, look no further than the terrific, perpetually underrated channel Turner Classic Movies, which is airing a 31-film marathon of titles like Casablanca, Where Eagles Dare, The Best Years of Our Lives and my personal pick among the rest, The Great Escape. See the full schedule of TCM’s Memorial Day Weekend films and plan accordingly. 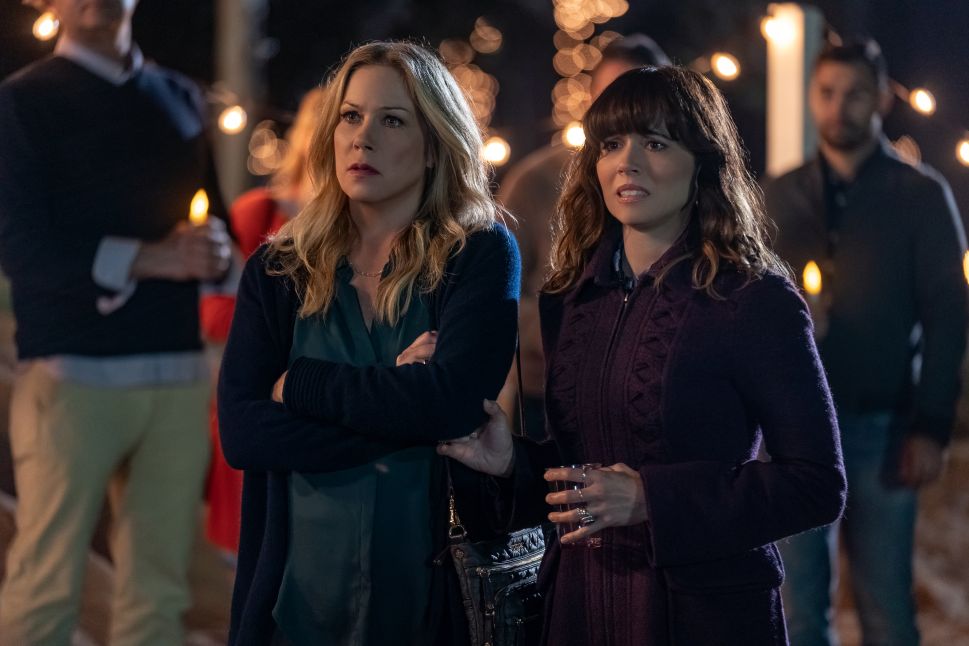