As arts institutions all around the world are pondering when and how their facilities can reopen to the public in the near future, certain museums, like the Museum of Modern Art, are looking into contingencies like slashing their exhibition budgets and reduce staff numbers in order to cope with the financial strain imposed by the shutdown. For Dia:Beacon in Beacon, located just north of New York City in Duchess County, New York, making plans to reopen has become an immediate reality.

Last week, New York governor Andrew Cuomo specified that less-populated areas of the state would be able to reopen before many spaces in the five boroughs. In order for a region to reopen, the area would first have to show a continual 14-day decline in net hospitalizations for COVID-19 and a 2-week decline in virus-related deaths in hospitals, among various other criteria. For less densely-peopled areas, these goals are way more within reach than for New York City.

Bolstered by this news, the leaders of Dia:Beacon have already begun plotting out safety measures and amended admissions policies that stagger out the number of people allowed in each gallery at a time, so that the enormous museum could be made available to eager patrons sometime soon. Dia:Beacon is housed in a facility that clocks in at 300,000 square feet, in a structure that was formerly a Nabisco packaging facility. So the museum not only has ample space, but the good fortune that very little of it is broken down into smaller galleries, which present difficulties in controlling the flow of visitors in one particular area, as will have to be monitored by institutions in the future.

Furthermore, according to a recent story in the New York Times, Dia:Beacon has also begun examining some accessibility alterations that could provide for safer visitor experiences, such as installing hands-free faucets in the bathrooms. “Finally we can think through what the next steps will be and take control of it,” Jessica Morgan, the director of Dia:Beacon, told the Times. “That feeling of not knowing was very debilitating.” Morgan also commented on the fact that because museums don’t necessarily facilitate experiences that include intimate, tightly-packed gatherings of people, they should be allowed to reopen alongside restaurants and hotels in the third phase of business re-openings articulated by Governor Cuomo.

Right now, “education, arts, entertainment, and other recreational activities” are slated for the fourth phase of re-openings, and Morgan doesn’t necessarily think that timeline is fair to Dia:Beacon. “It would be kind of punishing for us to follow the same guidelines,” Morgan told the Times. 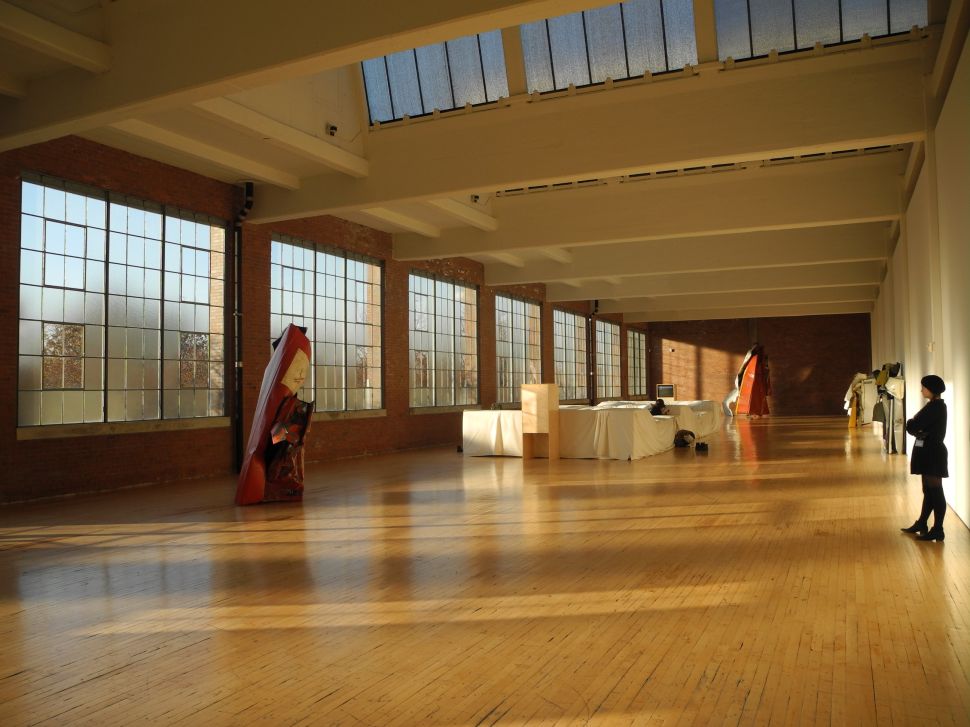