As the shelter-in-place orders triggered by the novel coronavirus continue to wreak havoc on the international economic system, the video-conferencing startup Zoom has flourished. The company has been one of the few unexpected “pandemic winners,” becoming a ubiquitous service and accepted verb as business meetings, classes and parties have migrated from physical spaces to online. Since the beginning of this year, Zoom’s share price has jumped 138 percent, while the S&P 500 index is down 10 percent.

Riding the tailwinds of Zoom’s rocketship to success are a string of startups with similar names, if not functions. As it turns out, the suggestion of speed is a popular theme for new technological ventures; businesses with similar names include Zoomi, Zoomd, Zūm, Xoom, Zoomph, Zoomies and at least 120 more, according to a New York Times investigation of data from SEC filings, Crunchbase, PitchBook and other private-market deal trackers. A search by Observer of the United States Patent and Trademark Office’s database showed that there are 582 live trademarks that included “zoom” registered in the U.S.

The startups tracked by the Times have collectively raised $1.8 billion in venture capital over their lifetimes (averaging out $15 million per company). Of course, not all of these companies purposefully picked their names to appear like Zoom, and not all their funding was raised during the pandemic. But the sheer number of Zoom-y companies out there and their successful fundraising record goes to show how appealing the brand name is in the startup world these days.

Of the nearly 600 “Zoom”-related trademarks we found, at least a dozen were registered within the last two months.

In late March, when Zoom saw a surge of user signups immediately after companies across the nation sent employees to work from home, investors who were high on enthusiasm and low on information rushed to the stock market to splash out cash, only to find themselves piling on a wrong stock called Zoom Telephonics. That company’s ticker symbol is Zoom, while the videoconferencing Zoom is traded under the ticker symbol ZM. The interest was so strong that the SEC had to briefly halt trading of Zoom Telephonics to maintain market order.

In the private market, Zoom-sounding companies tend to get the attention of top investment firms more easily than others. Venture capital giant Sequoia Capital, a major investor in Zoom, is also a backer of Zūm, a childcare and transportation startup, and Xoom, a mobile payment app. Zume, a startup touting the bizarre idea of robot-made pizza, scored a $375 million capital infusion by SoftBank’s Vision Fund in just year three of operation.

Nevertheless, the inescapable rule in Silicon Valley is that most startups fail. According to the Times, a third of those 120 startups “appear to be dead.” Even the hottest ones are struggling—as long as they are not in the booming business of video conferencing.

Zume, the robot pizza (or pizza robot) startup valued at over $1 billion at its peak, has laid off the majority of its staff since the coronavirus outbreak as business faltered. The transportation startup Zūm has downsized a third of its staff. 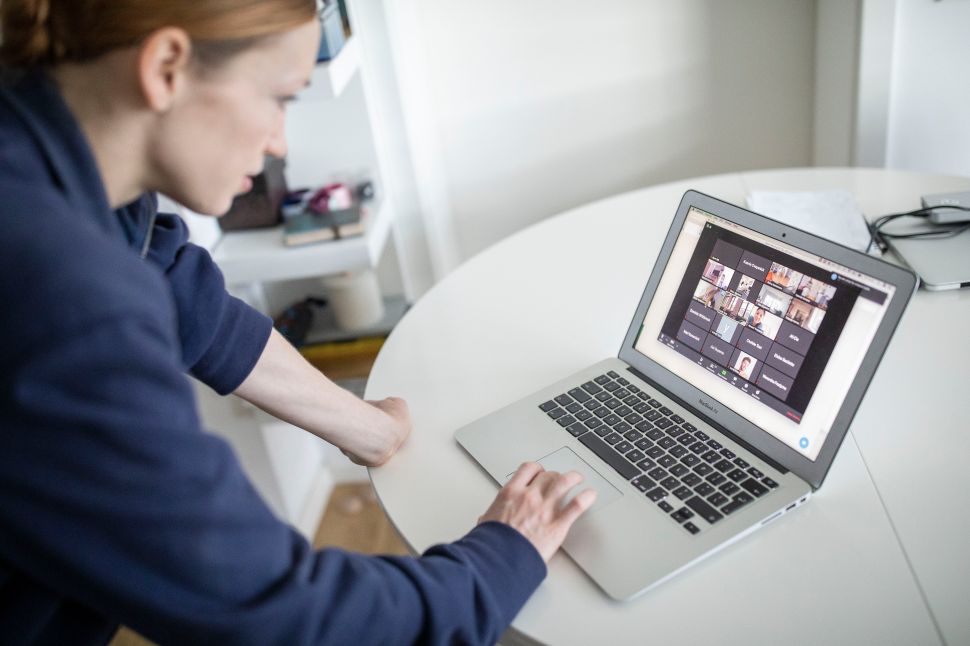