Netflix’s new Polish film 365 DNI is off to a strong start for the streaming service, currently trending at number 6 on the platform in the United States as of this writing. But the movie’s rapid popularity may be more of a curse than a blessing for the hungry streaming service. Viewers have taken to Twitter to express their displeasure and discomfort with the racy, sexually charged new movie due to its controversial subject matter.

Just finished #365Dni & while the sex scenes were great, the story itself just romanticizes kidnapping & a forced relationship. You basically just watch shawty get Stockholm syndrome 🥴

Watched 365 DNI bec of the noise it created. Can I just say that the movie IS TOO OVERRATED. I can only cringe over their lines, predictable story plot, and unrealistic twists.

You know what it is called when u fall in love with ur kidnapper? Its Stockholm Syndrome. Not love sis

#365dni please remember that there is a huge difference between fantasy and reality. If you are a guy, pls don't get any ideas. No girl wants to be kidnapped and made to fall in love.

They were just having sex for a whole day and slept for one hour WHAT IS THIS MOVIE 😭😭😭the way it puts fifty shades of grey to shame 😭😭😭 #365dni the whole plot is problematic af but it’s fantasy so everything is allowed. It’s not cute or romantic but fck, it’s 💦💦😭

They better make another movie cause that ending had me BENT #365dni pic.twitter.com/WcGVhg8MqL

The film was originally released in Poland on February 7 and grossed $9.4 million overall. The story follows Laura (Sieklucka), a successful sales director for a luxury hotel in Poland, is attempting to rejuvenate her stalled marriage when she is kidnapped by Massimo (Morrone), head of the Sicilian mafia following his father’s assassination, and kept prisoner in his villa. 365 DNI is written and directed by Barbara Bialowas and Tomasz Klimala. 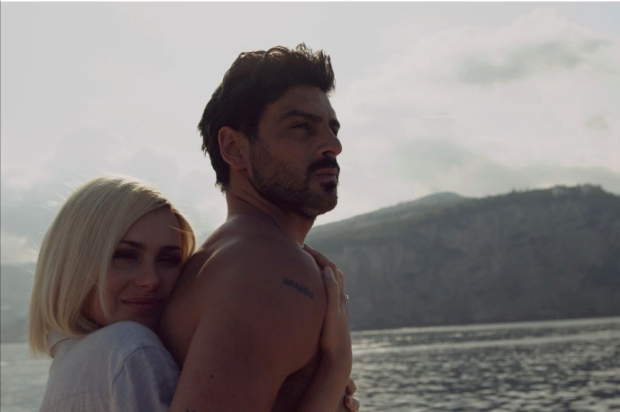