Staying ahead in the constantly changing tech world is all about staying ahead of the curve. To that end, America’s “Big Tech” league of Google, Amazon, Facebook and Apple are betting on the obscure and risky technology of autonomous driving to help them win the race.

On Friday, Amazon announced that it had agreed to acquire self-driving vehicle company Zoox. Financial terms weren’t disclosed, but, according to The Information and The Financial Times, Amazon is buying the six-year-old startup for $1.2 billion, making it one of the largest acquisitions in the e-commerce giant’s history, but a deep discount from Zoox’s most recent private-market valuation at $3.2 billion two years ago.

Zoox’s main product is a bi-directional autonomous vehicle with no steering wheel or obvious signs of the front and end. The company initially wanted to start testing the vehicle on open roads this year, but the coronavirus pandemic has delayed those plans and caused massive layoffs inside the Silicon Valley-based startup. In April, Zoox let go 10 percent of its staff and fired about 120 contractors. Talks about an Amazon acquisition was reported soon after.

It’s been widely speculated that Amazon could deploy Zoox’s self-driving technology in building out its driverless delivery network. The retail giant has commissioned electric truck startup Rivian, in which it owns a partial stake, to put 100,000 delivery vans on the road in the next ten years.

But Amazon hinted an interest in ride-hailing, too. “Zoox is working to imagine, invent, and design a world-class autonomous ride-hailing experience,” Jeff Wilke, Amazon’s head of e-commerce, said in a statement on Friday. “Like Amazon, Zoox is passionate about innovation and about its customers, and we’re excited to help the talented Zoox team to bring their vision to reality in the years ahead.”

Amazon said Zoox will operate as an independent subsidiary, like Google’s Waymo, after the acquisition.

Google’s parent company, Alphabet, owns the most advanced autonomous driving technology in the market through its subsidiary, Waymo. Before being spun off as an independent operation in 2016, Waymo had existed as an experimental project under Google’s X lab for nearly a decade. The company specializes in making autonomous driving software for small to mid-size cars and has purposefully avoided producing vehicles.

Between 2014 and 2016, Apple had an electric vehicle division called “Project Titan,” which at its peak employed over 1,000 engineers. That effort was reportedly shelved in 2016 as Apple decided to transition into self-driving technology, rather than building an actual car.

In 2017, CEO Tim Cook confirmed that Apple had been working on autonomous driving projects and called the technology “one of the most difficult AI projects” the company has ever handled.

Facebook hasn’t publicly announced any self-driving car projects, but speculations about such efforts have been going around for years.

In 2017, Facebook Chief Operating Officer Sheryl Sandberg made a surprising appearance at the Frankfurt Motor Show, spurring rumors about Facebook’s interest in the automotive sector. Sandberg has made it clear that Facebook has no plans to make cars. But making self-driving software would still make a lot of sense given the company’s rich knowledge in artificial intelligence. 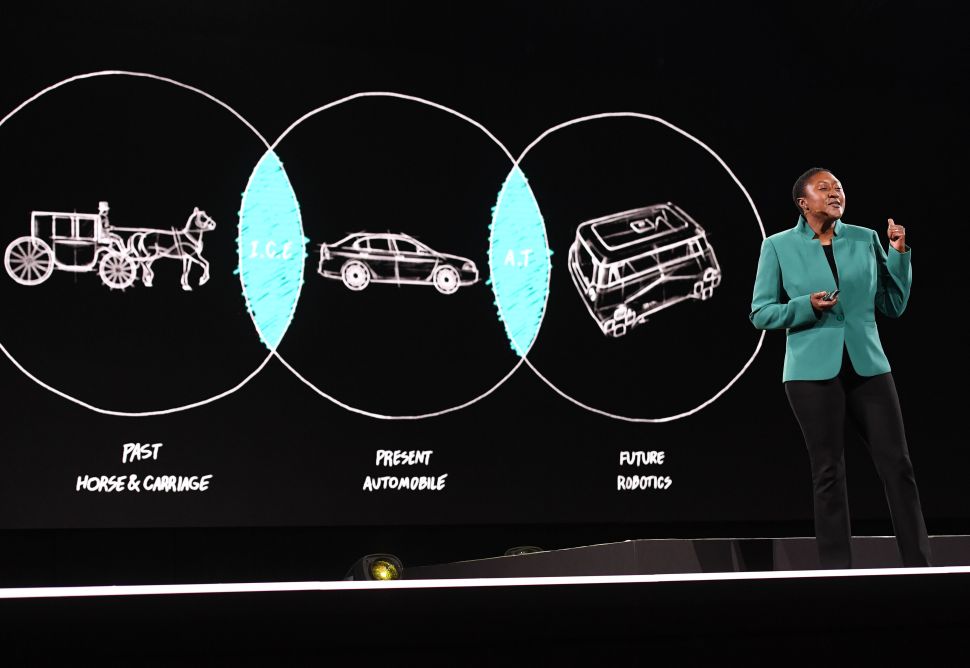