On June 7, the Broadway community buried its face in the pillow and let out a raw, heartbroken howl. Tony night 2020 had come and gone. Actually, it hadn’t even come. Artists, fans, even critics were left feeling incomplete. Since the American Theatre Wing, which administers the Antoinette Perry Awards, indefinitely postponed the ceremony due to the citywide shutdown, Broadway was thrown into limbo. Was the 2019-20 season over? Could it be extended into the fall? Is it fair only to award shows that opened, and ignore the 14 that didn’t? From a Tony standpoint, would this period forever be known as the Lost Season?

None of those questions have been answered, but two actors have stopped waiting and done something. This Friday, June 19 (a.k.a. Juneteenth), the Antonyo Awards hold their inaugural ceremony streaming free on YouTube (red carpet at 6 p.m.; show at 7 p.m.). The event, a production of Broadway Black, honors actors, directors, writers and creatives from across the Black Broadway and Off Broadway communities.

Two of the prime movers behind the event are Drew Shade and Darius Barnes, actors whose careers were put on hold by the shutdown (Barnes had been in Mean Girls and is attached to the Michael Jackson bio-musical). Shade founded Broadway Black in 2012 to support Black theater and Black theater artists, but the first iteration of the Antonyo Awards take place at an important moment, as Black Lives Matter protests happen around the world. Mostly-white theater institutions, meanwhile, have been examining how they contribute to systemic racism in the field.

“We started planning about six weeks ago—before the change in social climate, before the protests,” Shade explains. “It’s been our source of joy in the middle of being in quarantine and losing our jobs. So it so happened to come at the right time, where people needed this particular thing.”

“We had some general ideas of what to include in a show,” Barnes adds. “In May, Drew gathered a group of artists, started a writing team, and we all started talking and spitballing about what it would mean to truly celebrate Black theater and Black theater artists. The ball started rolling. It was really crazily organic.”

The ceremony will include a red carpet, celebrity presenters (Audra McDonald, Tituss Burgess, LaChanze, and others) and musical numbers arranged and composed by Allen René Louis. “Allen started off writing this really dope, seven-minute opening number, “When Theater Goes Dark,’” says Shade. “That lit the fire to everybody.” (The producers wouldn’t go into detail, but one might expect a boffo, cameo-filled opening number.)

Unlike the Tonys or other theater awards (New York Drama Critics Circle, Lucille Lortel, etc.) the Antonyos is a people’s choice award. Anyone can vote online; by the June 12 cutoff, nearly 10,000 people had checked their virtual boxes.

Who will win? Anything could happen, but no one will be surprised if Adrienne Warren is recognized for her volcanic performance in Tina: The Tina Turner Musical or if Larry Owens charmed voters for his fierce and funny journey through Michael R. Jackson’s A Strange Loop.

In terms of categories, many sound familiar: Best Play, Best Musical, Best Revival. The Best Actor categories are divided between Broadway and Off Broadway, and they include artists of all genders. “We have a Black trans woman on our team, Ianne Fields Stewart, and she is all about categories being gender inclusive and non-binary,” Shade explains. “I think it sets an example, especially for the Black community, that we are inclusive of all people.”

Winners on Friday night will get a specially designed digital award, although Shade and Barnes hope for a physical statue when people can congregate for future Antonyos. Yes, the organizers are determined that it’s not a one-off. “Working on this has been a protective bubble of Black joy,” says Barnes. “This is our protest, this is our donation towards the fight, towards the cause. This is how we want to be in this moment.”

In addition to a pandemic, nationwide protests, and economic ruin, this moment also includes a Presidential election. If the Tony and Oscar ceremonies were taking place, one would expect a higher than usual quotient of celebrities making political statements from the podium. “Being Black in America is a political statement,” Shade asserts. “Just being able to tell our stories, through this particular piece, will read as political, but also it will give off the joy and pride that we have in our community, for the work that we do.” 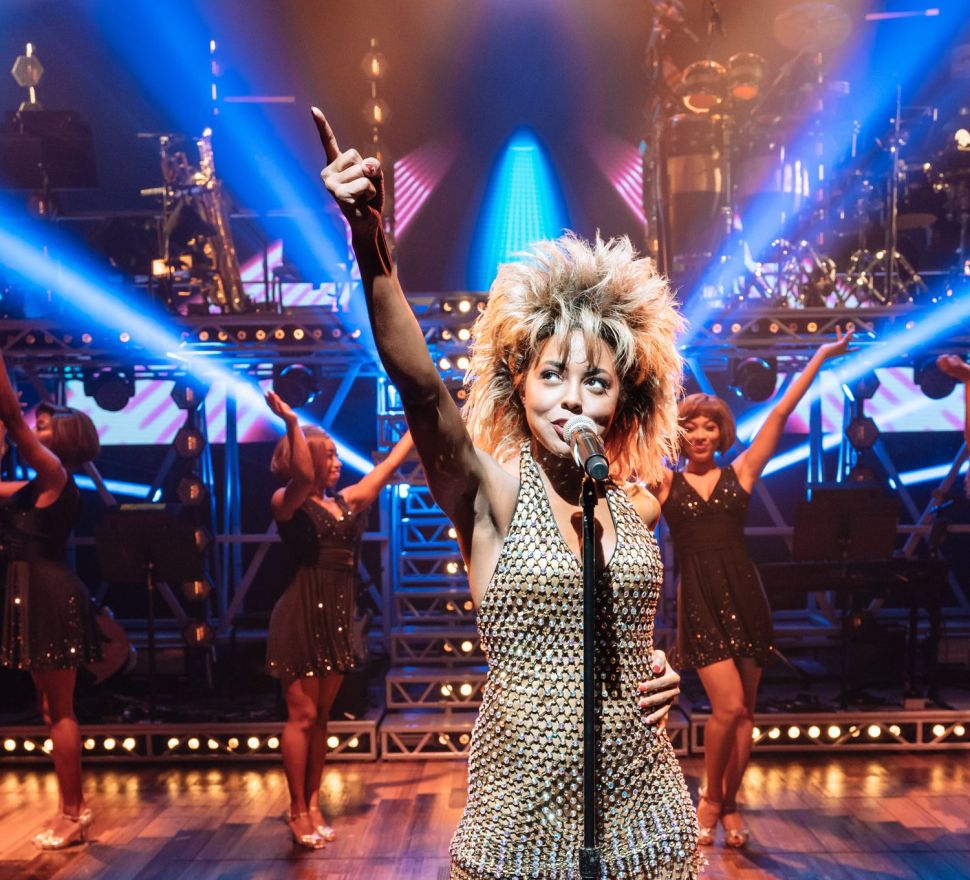