Little America is the absolute best show you’ve probably never heard of. An anthology of funny, romantic, heartfelt, inspiring and surprising stories about the lives of immigrants in the United States, the series is Apple TV+’s crown jewel. But it’s largely been overlooked amid a sea of star-studded and expensive entries like the $300 million The Morning Show. The streamer’s sluggish start since launching in November hasn’t helped grow its mainstream popularity either.

Unfortunately, that’s a microcosm for Apple TV+ overall. In data provided to Observer by Parrot Analytics, a firm that tracks TV popularity based on social media, fan ratings and piracy, a comprehensive list of Apple TV+’s most popular series every month since its launch compared to average U.S. demand (1x) paints a picture of a streamer that’s yet to produce a true breakthrough hit. 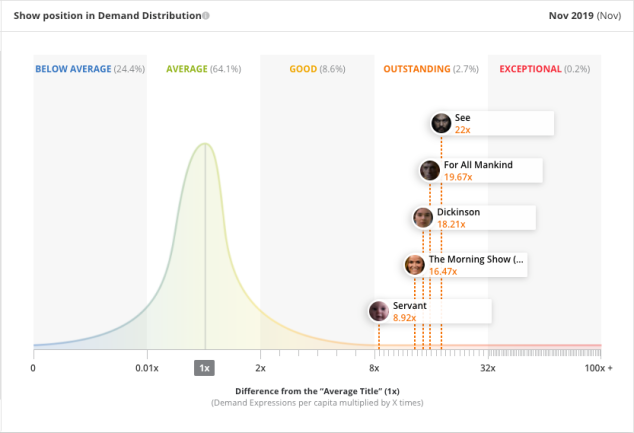 In Apple TV+’s opening month, See was the 12th most in-demand digital original in the U.S. while For All Mankind was 18th. Dickinson was 22nd and The Morning Show was 30th. That’s not a bad start, though the streamer was likely hoping for a better debut for its flagship The Morning Show. 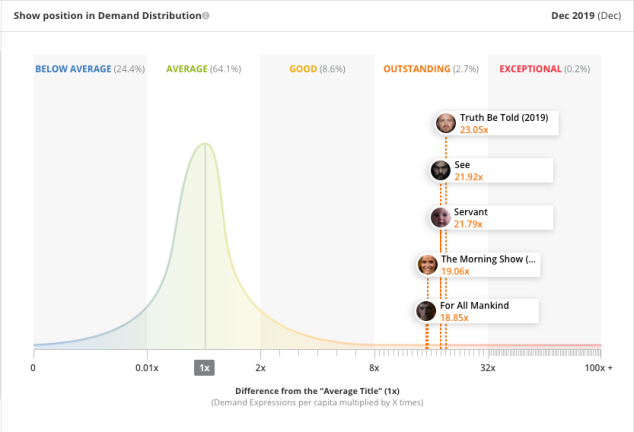 Truth Be Told (15th), See (16th) and Servant (17th) all ranked in the top 20 digital originals for December while The Morning Show (27th) and For All Mankind (29th) finished in the top 30. Again, that’s a decent ranking even without a zeitgeist-y hit. 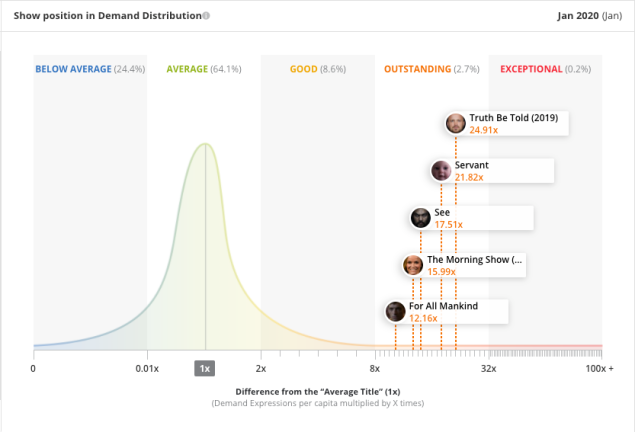 Here is where Apple TV+ begins to slip. Truth Be Told (14th) was the only Apple TV+ original to finish among the top-15 for January. Servant (21st) and  See (30th) finished among the top 30 but The Morning Show (34th) and For All Mankind (54th) fell out of the upper echelon. 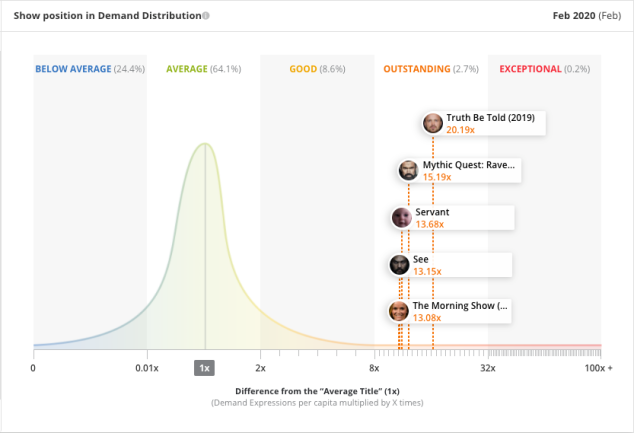 Truth Be Told (18th) held its spot in the top 20 in February while the streamer’s new debut, Mythic Quest: Raven’s Banquet, ranked 36th. Servant (46th), See (47th) and The Morning Show (49th) barely cracked the top 50. Even without new episodes, popular series from other streamers such as Netflix’s Stranger Things and Disney+’s The Mandalorian managed to stay among the top 10 months after their finales. 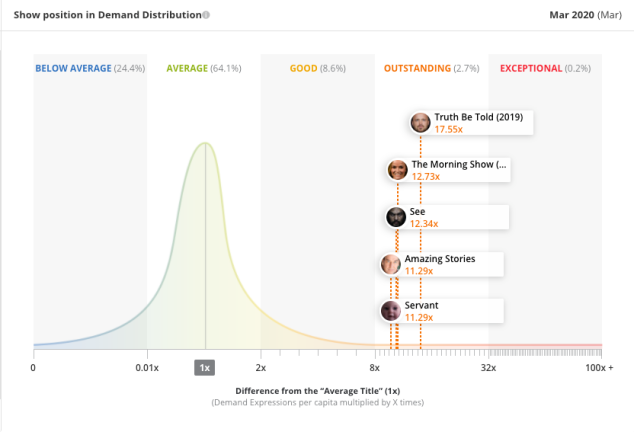 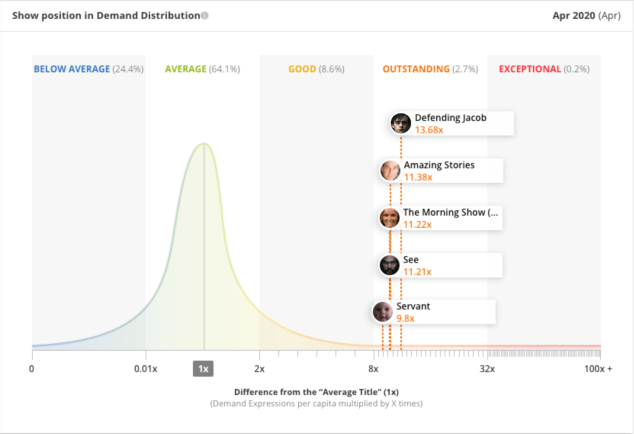 Defending Jacob, starring Chris Evans, debuted on April 24th, and was Apple TV+’s top show for the month, ranking 36th among all digital originals for April 2020. No other Apple shows finished in the top 50 as the streamer’s library of originals continued its downward trend. 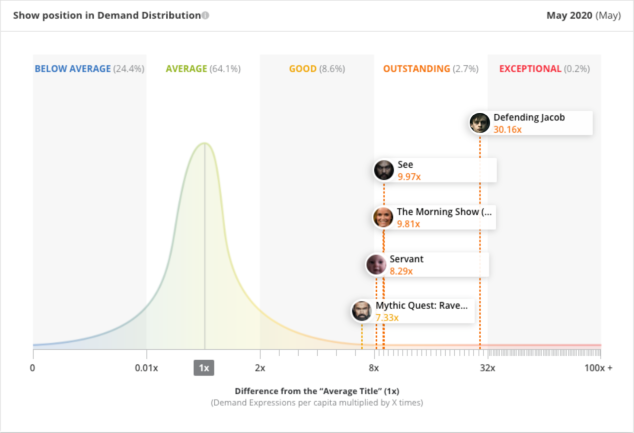 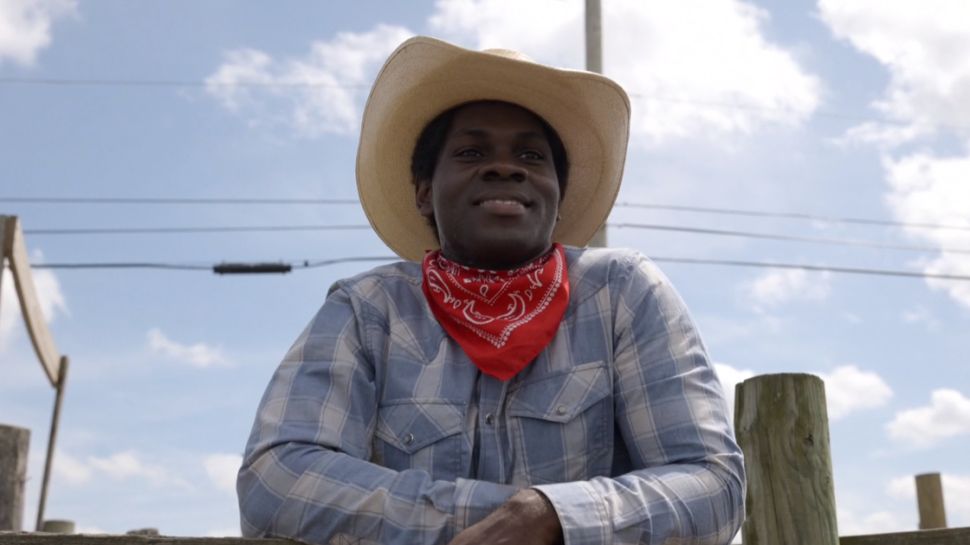