The “Thank U Next” singer paid $13.7 million for the glassy three-story home in an off-market deal, reports the Los Angeles Times. The 10,094-square-foot abode, located in the Bird Streets, wasn’t publicly listed at the time of Grande’s purchase; it was last on the market for nearly $17.5 million with Compass brokers Tomer Fridman, Adam Rosenfeld and Sally Forster Jones.

Grande was reportedly represented by Compass broker Aaron Kirman in the transaction.

The home, perched above the Sunset Strip, has a rather sordid past; per the Los Angeles Times, it was previously tied to an investment portfolio owned by Robert H. Shapiro, who is currently serving a 25-year prison sentence for running a nationwide Ponzi scheme.

The four-bedroom house offers glass balconies on each level, with Fleetwood pocket doors throughout. The open living and dining areas are divided by a contemporary gas fireplace.

The kitchen is equipped with brass-accented cabinetry, a large black silk granite island and Miele appliances.

The master suite occupies the entire top level of the home, with a massive walk-in closet, lounge and a grey marble-bedecked bathroom with a double vanity, freestanding tub and glass shower.

The lower level is comprised of a media lounge, bar, fitness studio, cedar “wellness center” with a sauna and a 300-bottle wine cellar.

Outside, there’s an infinity-edge pool.

It appears this is the first big real estate purchase Grande has made on the West Coast. For the past several years, she has instead opted for pricey rental properties around Los Angeles, including a number of homes in Beverly Hills, per Variety. She also maintains a sleek apartment in New York; she’s resided in a $16 million West Chelsea apartment since 2018. 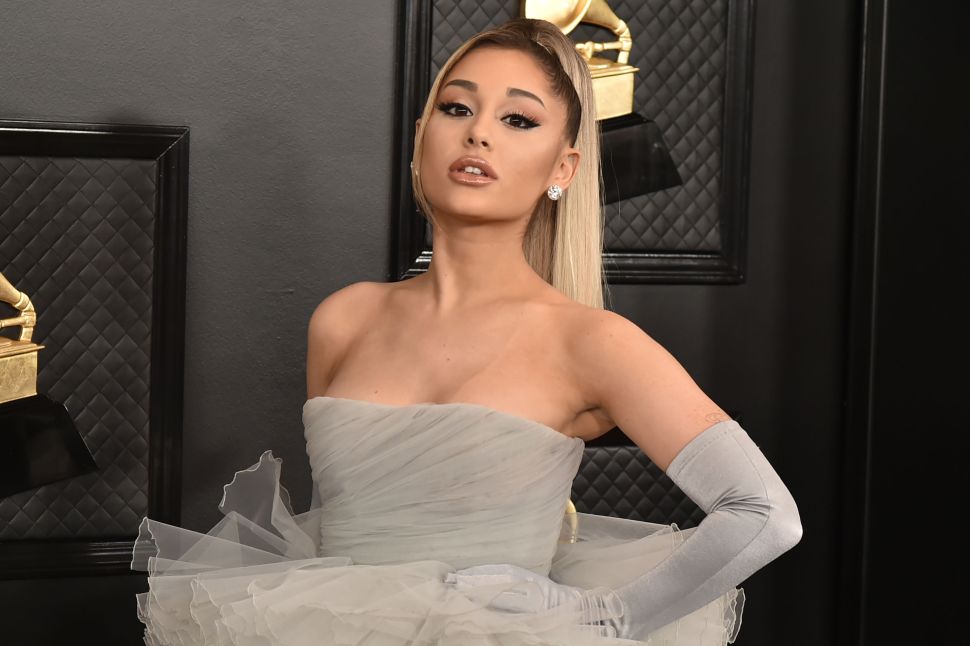